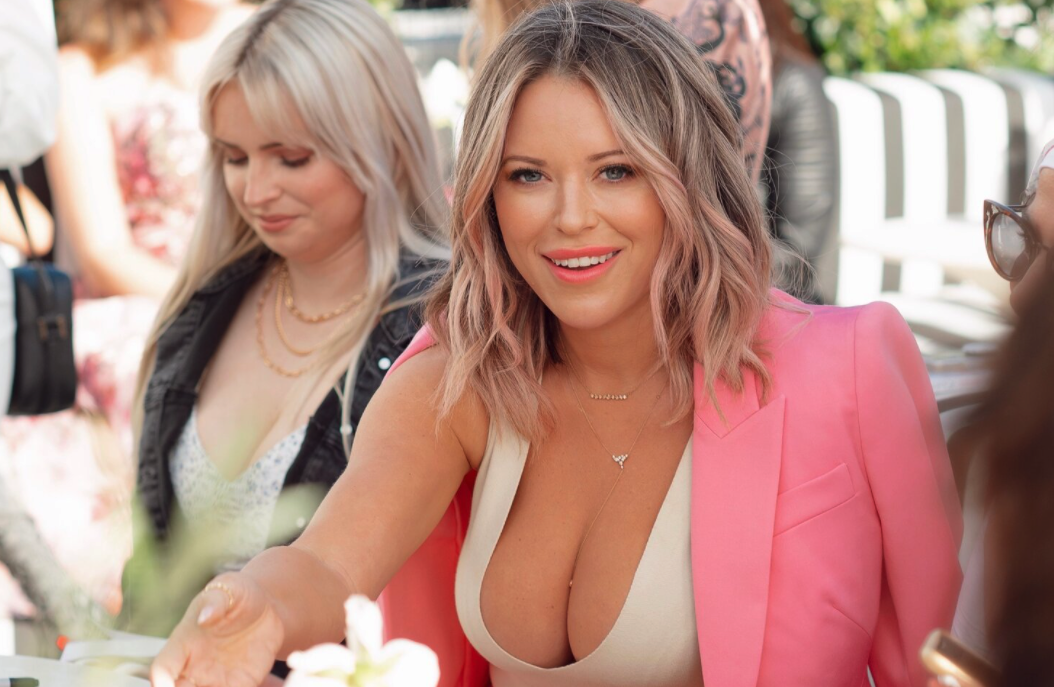 Amanda Frances is the definition of a go-getter, a self-made millionaire who’s here to empower the masses to get up and go after their wildest dreams… and making money while doing it! The self-proclaimed Money Queen went through graduate school but chose to leave her PhD program in order to start her own company, which one decade later proves to be a 7-figure yearly brand.

Now, she puts all her gems and knowledge into her first ever book titled Rich As F*ck: More Money Than You Know What to Do With, teaching aspiring entrepreneurs how to see money for what it is and fully regain control of their finances. Written during the pandemic, the best-selling author covers a slew of various topics such as cracking the code of financial liberation and abundance, debunking the myths that come with money, and how to build your own empire.

Beyond her book, Amanda teaches her own digital business courses about finance, and also has her own weekly podcast titled And She Rises to empower businessmen and businesswomen alike.

Flaunt caught up with Amanda at the AllBright rooftop in West Hollywood in honor of Rich As F*ck, celebrating with close friends, family, media, and VIP members. Read below as we discuss how she landed in Los Angeles, what it means to be a self-made millionaire, her part-time jobs, leaving her PhD program for her company, her social media presence, what motivates her, what sets her podcast apart from the others, goals, and more! 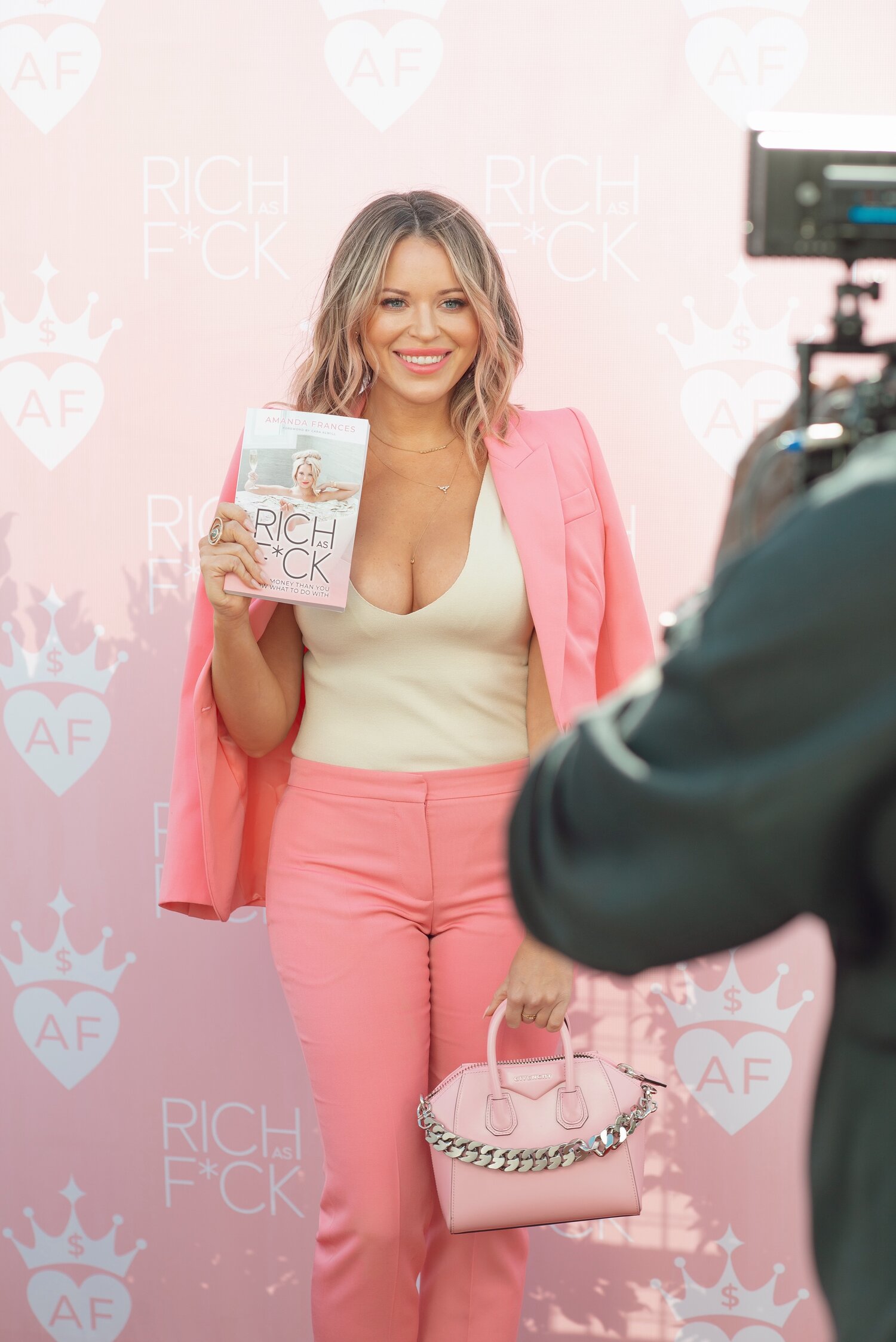 Where are you from originally?

Sand Springs, Oklahoma, a little town outside of Tulsa. It’s in chapter one of the book. My whole story, I break it down.

How long have you been in LA now?

I got to Santa Barbara, that’s where I landed when I first got to California. I’d been living abroad and I was looking for a home base. Landed in Santa Barbara, spent a year there, then a year and a half in Malibu. Bought a house in West Hollywood, then my boyfriend and I just moved into a place in Bel Air. It’s been a busy 4 years. I’ve been in California 4 years and I’ve been busy.

How is Bel Air treating you?

What does it mean to be a self-made multimillionaire?

I started a business 10 years ago. I’ve spent the last decade learning a lot about earning, generating, receiving, attracting, spending, saving, investing money, and developing a really healthy supportive relationship with money. I know how I work with money and how money works with me, how to grow it in my way on my terms. I don’t think a lot of women are empowered to do that. A lot of women talk about what it’s like to do that once they’ve done it, but it’s still a man’s game. The book breaks down the journey of making money: spending it, using it well, saving it, investing it, and being a boss with it.

Growing up, did you have part-time jobs?

Oh yeah totally, I was such a normal human being. I was a hostess and a server at a coffee shop. I was a newspaper intern. I worked at a steel mill. I worked with a sheet metal plant. I worked at a cable company. I had a lot of dead-end jobs. I went to Bible college, I worked in ministry. I finished my Bachelor’s. I got my Masters in counseling, I worked as a therapist. How I got here is I’m a therapist turned life coach, then I became a business coach for life coaches. I started creating digital courses to train my coaches. Now, I own an online education environment.

Talk about quitting your PhD program.

That was insane. I had to give up on the old dream because there was a new dream that’s more relevant.

What was the old dream?

The old dream was get the PhD and work in academia, have a counseling practice and publish academic papers. I always knew I’d write, I’d speak, and I’d teach, but writing a book and teaching online in a livestream course is so much more my vibe than the traditional. I’m doing the same shit but it was going to be traditional. Now, it’s me forging my way.

What is the new dream?

The new dream is to keep selling these motherfucking books, just do everything I’m doing bigger. We get 20K people a year in courses. Why can’t it be 100K? More, more, more. Now that I live in LA, I’m curious about more mainstream stuff. I’m pretty well-known in the personal development world or the coaching industry, but now we’re in Hollywood and I’m curious. I’m going to be selling on Selling Sunset? That’s fun. I’m interested in the regular, real world media stuff.

It’s so different from personal development. In personal development, they follow your Instagram. They do your podcast, they get on your email list, they buy your course. It’s this little isolated world. This is like TV, everyone would know you. It’s different. I’m curious. Would it spread the message and the mission? Would this be good for what I want to do? Would I impact more people? I think I would!

I was looking at your Instagram, you share really deep captions and stories. How important is that to your brand?

There’s a lot of pretty faces online and there are not a lot of beautiful feeds, and that’s fine. None of us are mad at a pretty face or a beautiful feed, but I’m a writer at heart. I have a lot to say. I’d feel stifled or not feel like I was being my whole self if I wasn’t sharing a meaningful message as often as possible., so I do it under every Instagram image. [laughs]

You mentioned the digital courses. Talk about people lining up at 4:30pm, paying $500 to speak with you.

These are mostly women who’ve taken courses, they’ve been in my world for awhile. My courses range between a couple $100 and a couple $1,000. They’ve invested with me before, they liked what they got and they trust me. They know I’m not going to ask them to pay money for something that isn’t amazing. They’re like “yeah, let’s go meet Amanda!” It’s pretty chill. I opened up tickets 6 days ago, everyone bought the tickets and they showed up. Here we are. [laughs]

What are they getting in the course?

How was it writing a whole book then?

Fucking crazy and hard, ‘cause I wrote it through a pandemic. I wrote it isolated in my house. I wrote it going through a breakup. I wrote it when protesters marched down my street and helicopters were circling over my house. We all know what the energy of LA was like through all of this, it was such an important movement. It’s crazy to hear protesters on your street while you’re editing your book. It was an intense time and I had to be dedicated to the mission of the book.

How did you stay motivated? What drives you?

Well to tell you the truth, I had 300 early readers who paid a set amount of money. It was $100 something to get the book when it came out before anyone else. They got each chapter as I wrote it.

No way! How did you sell that?

I said “guys, I’m finally writing a book. Let’s go. You’ll get first access to each chapter, the first draft of each chapter.” Easy, then you’ll get all these other perks. You get a signed book when it’s finished. You’re the first people to know the title. They were in the inner circle and they got really excited. I had to finish the book for them because they’d already paid me.

Did you feel pressure?

Yeah! Hella pressure, I was freaking out. Ask my boyfriend. [calls boyfriend over] The people want to know, what was I like writing the book? Did I feel a lot of pressure? Was I crazy?

Boyfriend: No, considering everything going on in the world, you weren’t. It could’ve been a lot worse. There were times when she was super stressed out, especially once she was done writing and trying to get it to publishing with everything going on with COVID. But she handled it like she does everything.

He chased me down the street in West Hollywood. [laughs]

No way. What was the line?

Did you know she was this boss lady/entrepreneur?

Boyfriend: No, not at all. ‘Cause I’m not as much in this social media world at all. I didn’t look her up until a few days later and I’m like “oh shit! Okay.” [laughs]

Talk about your weekly And She Rises podcast.

The podcast is amazing! The genius thing about the podcast is I have an amazing team. They go and take snippets of stuff I said in either courses, bundles, or livestreams. They cut a vibey 10 minutes. For example, they could take 10 minutes of this interview and throw it on the podcast. We repurpose stuff I do everywhere so the podcast is really digestible. It’s not like I sit down with a microphone and people seem to really like that. It’s different from everyone else’s.

How do you balance all that you do with motherhood and everything?

I’m just really tired sometimes. My kids are 3 and 5, so they’re really rewarding. They’re here. They’re delightful, they’re amazing, and they’re draining, but it’s worth it. Kids enrich you in a way that is different than everything else.

How do I get to the one mil?

Read the book! I wrote it in the book, literally spelled it out. [laughs]

I don’t remember what’s in each chapter, but I have an intuitive hit to tell you to read chapter 3. 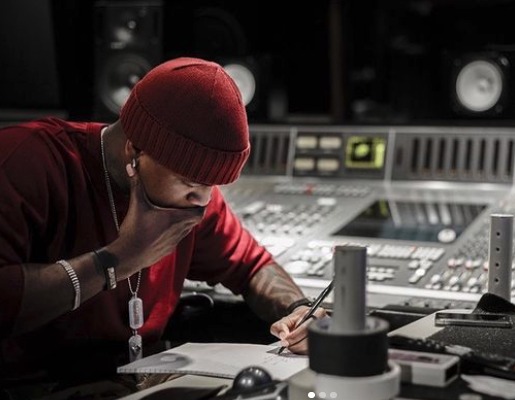 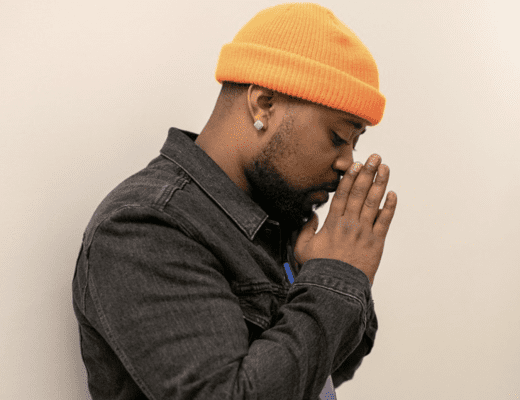 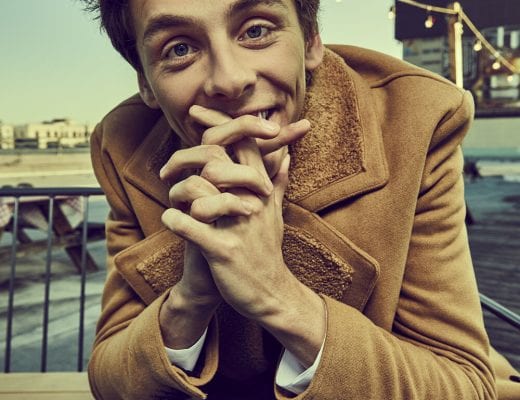