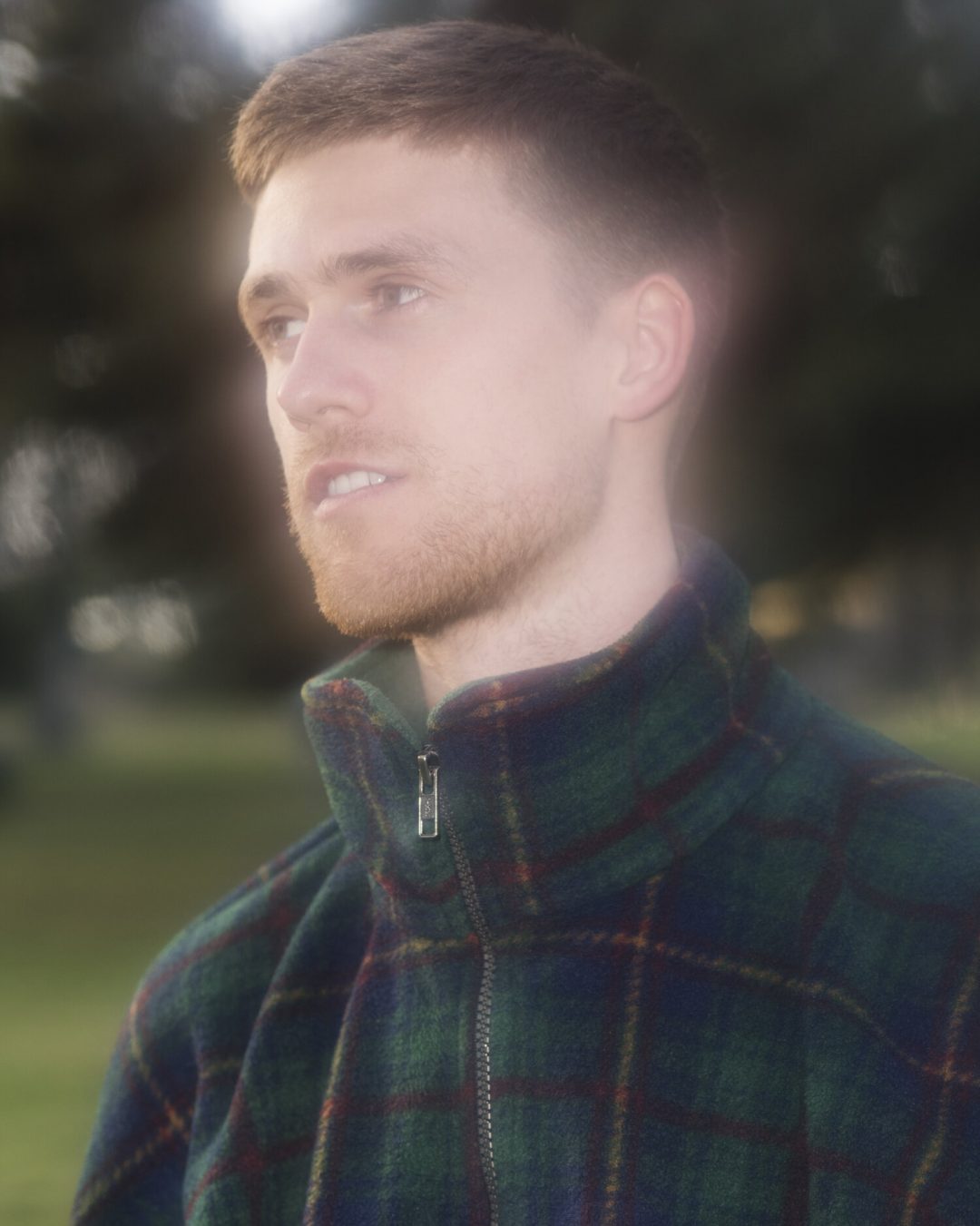 Still Woozy’s music is a smooth blend of endless genres created in his euphoric fantasy wonderland. Hailing from the Bay Area, but now residing in Portland, the singer-songwriter creates music from a place of warmth, standing out amidst a pool of shrill and harsh-sounding records.

You know the feeling a horror movie gives you? Still Woozy is the opposite. As a person, he may be more of an introvert—somebody who can be super in tune with his blinder side: tunnel vision. He states, “If I’m really into something, I’ll go 1000% all the way. I started playing chess, I want to get really good, so I try and practice all the time. Same thing with music: when I have an idea, it’s really hard to not see it through.”

Fast forward to today, Still Woozy kicks off 2021 with his new singles “Rocky” and “Kenny,” both to be found on his forthcoming debut project arriving this summer. The latter track sees him singing and dreaming of better days, paired with a trippy visual that speaks volumes to his creative eye. The former is paired with a cinematic animated video, bringing the record to life in true Still Woozy form.

Flaunt caught up with Still Woozy via Zoom to discuss his roots in the Bay, biggest influences, the turning point in his music career, his name, the creation of “Rocky,” his dreams, signing to Interscope, new single “Kenny,” his forthcoming debut album, and more!

You moved from Oakland to Portland two years ago, how was that experience?

My partner, my fiancé is going to nursing school here. Her family’s here too, I left my family behind in the Bay Area to come live with her. Being around Berkeley, walking up and down Telegraph didn’t really influence me musically. The biggest influence musically I ever had was the internet. This age, anyone can connect to the internet. I didn’t find like-minded people in the Bay Area, it was more I had to seek it. People are so isolated now, the only way to connect is through the internet. That influenced me more than anything.

Steve Lacy was the person that really lit the fire under my ass to go for it, to go all the way. I thought he was doing it, I’d always been under the impression he didn’t have top quality gear and top quality studio. That’s been beaten into the heads of every musician, that you need gatekeepers to let you through. Seeing that he did it by himself really inspired me to go for it too.

When people started listening to my music a lot and I started to make money from streaming. I was unsigned for a long time, so I started to see all the income. It started helping make my rent payments, then it moved on from there gradually to becoming money that I could save. It’s a crazy rollercoaster, realizing that I could do it this way. I was born in the best time to really be an artist.

To be honest, there’s no better way to describe it really. Sonically, phonetically, it works. I don’t question it. [I came up with it] 3 or 4 years ago. I didn’t want to just have my name. People do that and they can get away with it, but I don’t love Sven Gamsky. Sven’s a cool name, but Gamsky I always feel like is super nasal-y. I couldn’t see my actual name being the artist name.

“Rocky” out now, how are you feeling?

I love it. I’m so stoked, I can’t wait to put out all the other songs now. We have a lot of stuff in the pipe.

Bring us back to that recording session.

I got it together. I’m super slow because I usually do everything by myself. I recently had to get my stuff together and work faster. I got linked up with this dude named Lars who became a good friend of mine, he’s more efficient in his brain than I am because I’m scattered and all-over-the-place. I needed someone to come in and almost produce me, say “I actually like that one.” He could see my mind going on a spiral and say “come back!” We finished a lot of music, really fast too. Faster than I’ve ever done it. I’m so stoked now, it’s some of the best stuff that I’ve done. I’m excited to put that out there now.

What was your creative vision with the visual?

I’m into psychedelic stuff. My partner does all the art, that’s the art she does naturally too. It started because I needed artwork for the song. I didn’t want to just take a picture of myself and post it, have my face be the artwork. I asked her if I could borrow something she already put out, from there it spiraled. It fit, I didn’t need to force anything. A lot of these moments I’ve made I’ve gone with my gut feeling, going to the path of least resistance. if you’re hitting your head against the wall too hard, it might be a sign that it’s not natural. All these decisions happened naturally.

Are you into psychedelics?

I used to be, definitely. I don’t think I’ve done it in a while. I’m sober, not really though because I’m not dogmatic about it and I don’t mind when other people are doing it. I still eat edibles occasionally. I had to do a lot of experimenting when I was younger. I’m happy with where I am now.

Being a dumbass with my friend. The whole video is us. We tried to do something super intense, then we realized that it wasn’t that serious. It wasn’t really true to ourselves, so we started being stupid and filming it. It was a whole different experience, immediately became a lot of fun. We were laughing so hard.

I want to put out timeless music. I want to tour, I want my music to be as important for people as music growing up was for me. I obviously want more people to discover the music and fall in love with it, but really making sure I get the song right is almost more crucial than anything else.

How’d you find your way to Interscope?

I was talking to a couple labels, and I connected with a lot of them. They were good people, one. I took another gut feeling. This whole process has been following my gut. My A&R reached out to me really early on, super early on. I remember talking to him on the phone, he’s followed my career forever. We had a relationship, been friends for a couple years. It felt natural to sign a deal with them.

This culture, it’s really hard to find yourself. People can feel the weight of the world on their shoulders really easily, and feel disconnected. Taking yourself less seriously and loving the people around you has helped me not be so… I don’t know. People can get that through what I’ve been going through, that’s a good thing.

My studio’s in my house, so I need my piano, my guitars, my synthesizers. I need my instruments, I need any food because I’m fucking horrible at feeding myself. I’ll work on something for 8 hours and my blood sugar will drop. I’ll go straight through, then I’m feeling like I’ve been hit by a bus and I have no idea why. Food, then my dog or my partner, whoever’s around.

How’d it feel to be featured in Times Square?

It was so tight. It was crazy, it’s surreal. I wish I could have been there to see it in person.

What can we expect from your forthcoming debut album?

It has messages of stuff I’ve already done, but it’s all next up a level from what I’ve been working on sonically and song form. Coming from a place I’ve been, but growing it further. Go other places, trying different styles of music that really resonate with me. Since it’s a whole album, I’m giving myself lessons to explore broader than I would necessarily if it’s releasing singles.

What inspired your new single “Kenny”?

It’s one of the most different songs, it has a different instrumentation. It’s different sonically. It’s a story about this guy I met when I was travelling. I was working with my producer friend, we were talking. I was telling him some stories, he said “we gotta make that into something.” It naturally grew from there. 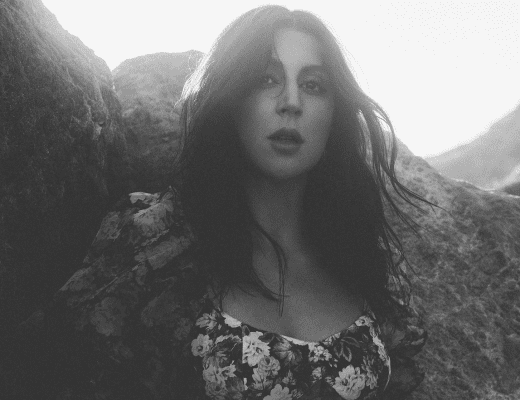 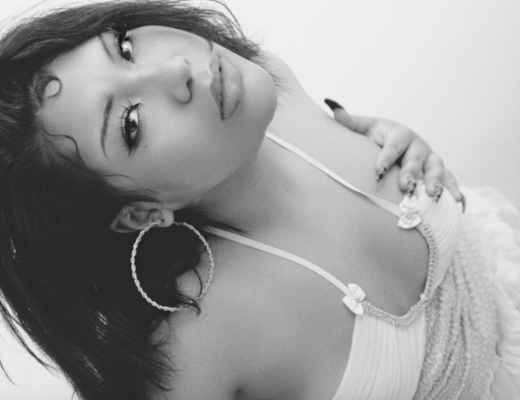 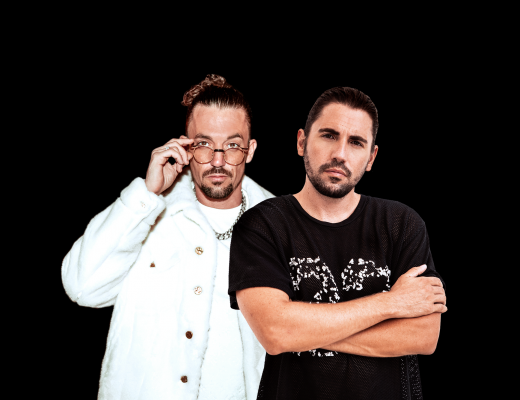 DIMITRI VEGAS & LIKE MIKE | LABEL SMASH THE HOUSE, RECENT PROJECTS, AND RETURNING TO LIFE ON THE ROAD