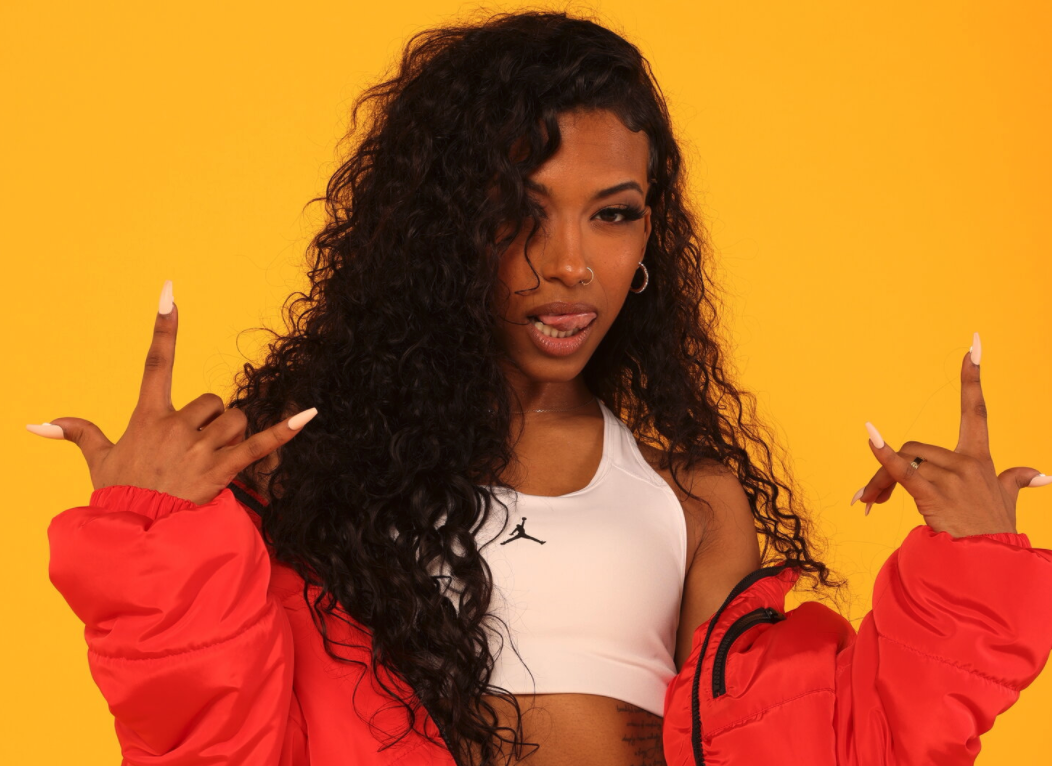 Ayzha Nyree is the definition of a vibe, and she’s here to take over the music industry with her undeniable charm and talents. Creating her own lane within the genres of pop, hip-hop, and R&B, the Fredericksburg, Virginia native creates what she calls “trap wave,” one of her favorite sounds.

Growing up idolizing the likes of Alicia Keys, Adele, Jazmine Sullivan, Azyha was always destined for greatness. Currently with Jhene Aiko being her favorite female artist of all-time, the “HOLY CLASS” recording artist steps into her own as a singer, songwriter, dancer, influencer, and overall entertainer—here to uplift the masses with her heartfelt ballads. But let’s not forget her efforts on TikTok, Ayzha boasts over 1.9 followers on the platform with over 2.5 million videos created to her name.

Fast forward to today, the Republic Records signee unleashes her highly-anticipated new single and visual for “NOYA,” as she finds herself searching for an elusive good man. Flaunt caught up with Ayzha via Instagram Live, who barely had a chance to sit down after running around all day working. Read below as we discuss her roots in New York, her “No Guidance” remix going viral, moving to Los Angeles, importance in positivity, inspo behind “Noya,” studio essentials, and more! 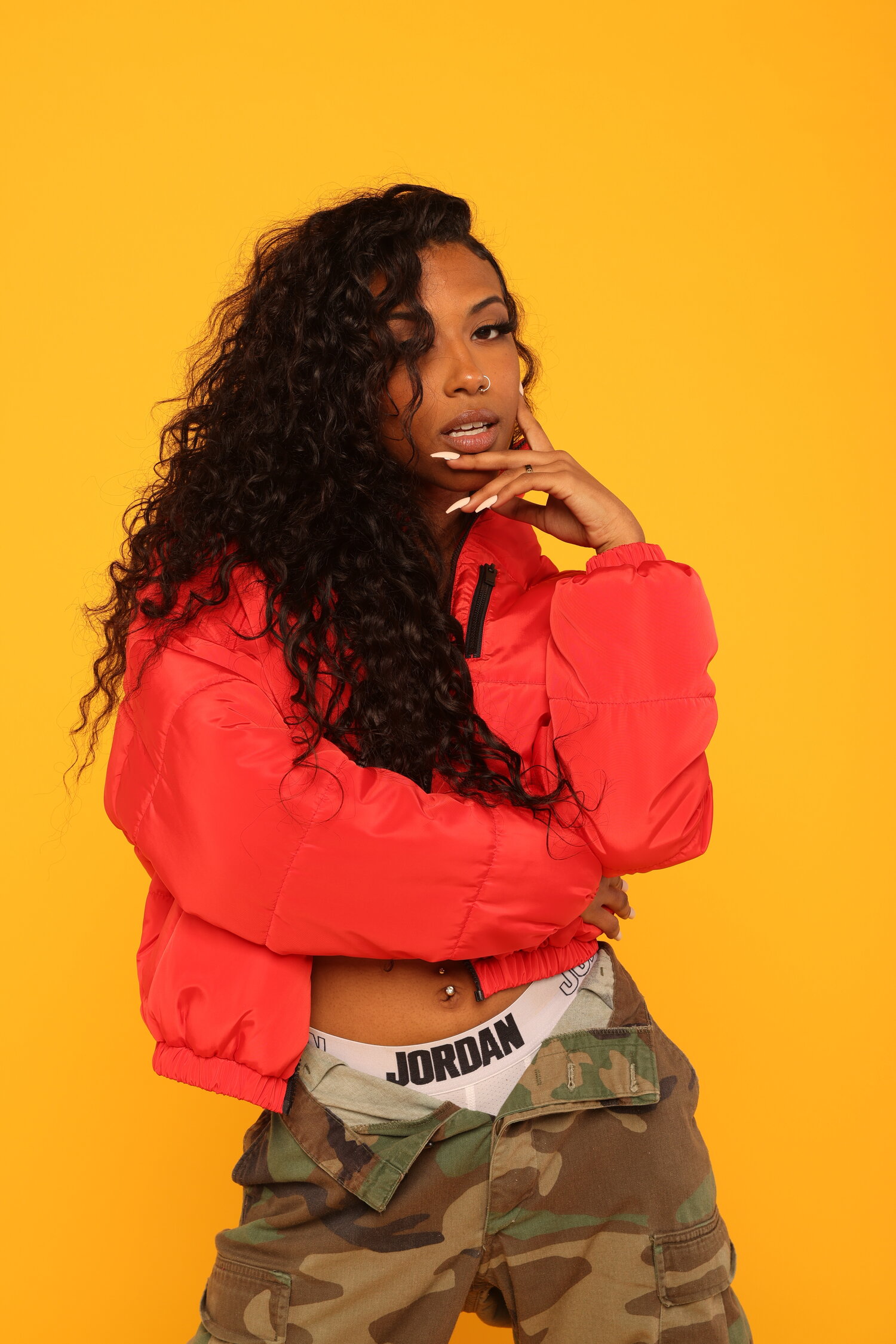 You’re from Fredericksburg, VA, how does that play into your life and career?

I grew up in Fredericksburg more when I was younger. I did kindergarten, 1st grade, up to 8th grade. It was really cool. I’m still friends with some of them, reconnected with some of my old friends. It was dope. I was in Staten Island for a little bit, Georgia for a little bit, but Upstate New York is where I claim my real hometown because I finished high school there. When me and my brothers started getting into the entertainment side of things, I started doing music and they supported us so hard. They root for each other there. You can have haters everywhere, but they still support each other so hard.

Cameron, who’s the artist that my management used to manage before me, he unfortunately passed away. He started a company called All Vibes, that’s the company that manages me now. He rooted for his town so hard. He was for everybody, that was his legacy. Once he passed away, me and his family linked up because me and him were supposed to link up. He spoke so highly of me. Auburn, New York is where I claim. I really ride that New York vibe, but I was definitely born and raised in Fredericksburg. Love Fredericksburg, love my childhood, but Auburn, New York is where it’s at. [laughs]

Someone said they tried to find the “No Guidance” remix and they couldn’t. Is it still out there?

You can still find it on Youtube. I don’t think it’s on Soundcloud anymore because a lot of stuff happened behind the legalities of the song. There’s a lot of writers involved. A whole bunch of legal stuff involved with the original song that when I went to clear it, it was so much. It got leaked, all this stuff happened. It was never actually supposed to be on Spotify or anything. Someone leaked it, then a bunch of people found it. I didn’t say anything.

When I found it was leaked, we called all the labels. I tried to get it taken down, and it blew up. It hit Billboard a week after it was leaked. Oh my god, this is insane. [sighs] That’s why it’s not on there, because it was never supposed to be on there in the first place. We had to get it taken down immediately because somebody else that isn’t the owner of the song got paid for it. It’s a lot. [laughs] The song blew up way too fast.

Were you ready for that? It went completely viral on TikTok.

Insane, literally crazy. I did not expect it. I’ve seen a lot of things happen. I’ve seen my brothers blow up, but I would’ve never in a million years guessed that would’ve been my big moment. I still don’t even count that as my big moment. I count that as my door opener, it opened the doors for me. The way it happened, I randomly wrote it walking in the mall. Wrote at least the first part walking through the mall. I showed my homegirl later that night, she said “Oh my gosh, you have to post it! It’s gonna go viral,” all this stuff. We put it out on her page because I didn’t want to put it on mine, and it went viral. Everyone said I should make a real song out of it so I did it for the fun of it, but I did not think it’d go viral like it did. I’m like “whaaat?” It was crazy, the way it happened was insane. I would have never guessed. [laughs]

It was a year on April 1st. I really just got out here, it’s crazy. I love it so much. When I first got here, it was a 50/50 of feeling super free and away from all the negativity I was going through in Atlanta with the different deals, but I also felt lost. Wow, I feel so free. So much weight is lifted off me, but now I’m lost. Now I don’t know which way to go, or what I want to do next. I had to completely start over.

I know you’re super spiritual. How important is positivity and self-care?

Positivity is something we lack so strongly in this world. Everybody’s so judgemental, everyone’s at each other’s head, there’s no real love anymore. For me and my squad, we’re always trying to unify people. We don’t care what people’s religion is, we don’t care what your beliefs are, we don’t care what color you are, none of that. This is open arms. That’s why I cannot really sit in a spiritual realm and not dabble in religion too much because religion can be really separating. With the way I operate and what I believe, something obviously created us. Something loves us because if something didn’t love us, then we wouldn’t love each other.

Even though there’s people thinking other things can cause us to battle each other, unifying, being a team, working together, spreading love and making everybody feel like they’re worth something, that’s so powerful. We haven’t seen anything like that in a really long time. In the future, as long as more people like myself and people like you, all of us stand up and use our voices, help to continue to push people together, it’s very important. We could do a lot. We can make a lot of changes if we stick together.

You just released “Noya,” how you feeling?

I love it, I’m so excited. I have a music video, it’s insane. It’s so dope. The message behind it is so dope, the treatment. Cody Dobi shot it, he’s amazing. I’m really excited.

The beat, for one. When I heard the beat, I’m like “ooh!” Look, I’m this tiny little human right? And I’m a singer. When people see this beat, they’re going to look at NLE Choppa, Gunna, Lil Baby, Pop Smoke, one of those more harder rappers. They’re not gonna look at lil ole Ayzha. When I heard it, bruh I have to try this. Even if I can’t do it, I have to try it. It’s such a challenging beat, I have to. So I started “Noya.” My aunt used to say “he from the Noya.” Me and her made this song one time, she said “he from the Noya.” I thought that meant the Northside, something cool. I didn’t know what it meant, but I liked how it sounded.

So I said “shit, she from the Noya.” She from the Northside, she from the cool place. I did research after I dropped the song, had no clue. Once I looked it up, “Noya” in Hebrew means “beauty of God.” What are the odds of that? That’s crazy! It worked out. I’ve been in this ready-to-break-out mood, so I’ve been in this box. I’m battling between this really timid version of myself and this really fierce, fearless, edgy version of myself. This battle, we all have our spiritual warfare. That’s been one of mine, trying to completely break out of this box and be myself unapologetically. That’s been my mood with writing this.

Vibes, the #1 thing. If it’s a serious session where I have to cut vocals and I’ve already written the song, it just needs to be perfected so we can get it finished, then I’ll go by myself with my manager. We’ll knock it out. On a regular night in the studio, I like to have my brothers there. I like to have my friends there. I have a big squad. I call them the Rangers, shout out to the Rangers! That’s my squad. I love every single one of them, they’re my best friends. Most of them are boys, we got one girl. I like to have them pull up to the studio because I always end up making a crazy ass song when I got everybody in there. My manager always says, “If somebody fell asleep, you know they’re making a hit.”

Usually, n*ggas be asleep. They’ll be knocked out. I’ll be in there making music, and they’ll get up like nothing happened. We smoke some joints, we’re all vibing to the music. The vibe is insane because I have all my friends in there, they’re all hyping me up. I love to have a vibe. I like to have my joint in there every now and then. I don’t like blunts. I don’t do no blunts, I like joints. Joints are my thing, protect me and keep me safe. [laughs] And my puppy. I love having my puppy in the studio with me, gotta have my baby. She’s out there with her daddy right now.

What can we expect next? What’re you most excited for?

I got this NOYA music video coming out next week. I drop the release dates very soon, I’ve got a few surprises. Tune into that, it’s going to be super crazy. I’m going to be dropping this “Holy Class” documentary. It’s really going to be an entire documentary about the start of “No Guidance,” where I’m at now, how I signed to a label and didn’t tell them I was shooting a music video.

Because I’m used to moving like an indie artist. I just took my money, got all my friends together, wemade this video. The label said “what’re you doing?! We’ll help you!” It was this whole thing. We were gonna reshoot it but the video came out insane, so we’re going to keep it. We’re going to use it to tell the story of how I unnecessarily put myself through struggles, but it turned out beautiful. Some singles: I’m dropping “DINNER” May 28th. “DINNER” is going to be great, see I love to eat. I had to put my plate down so I don’t stuff my face. [laughs] I love to eat, so “DINNER” is going to be insane. I have an album coming, and the album is definitely going to shape the world. I’m very excited. 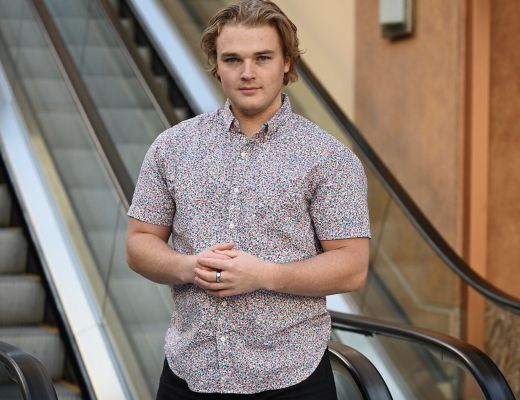 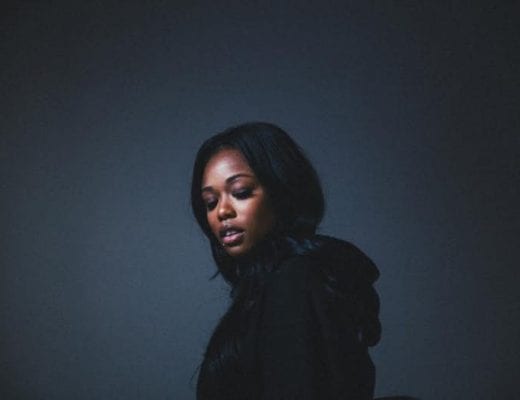 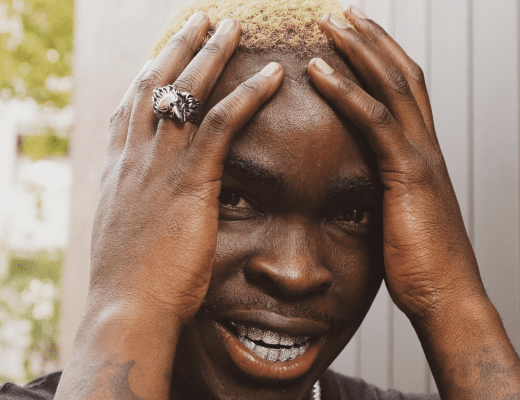 NYKOBANDZ | “I’M THE HOTTEST IN THE UNIVERSE COMING UP”