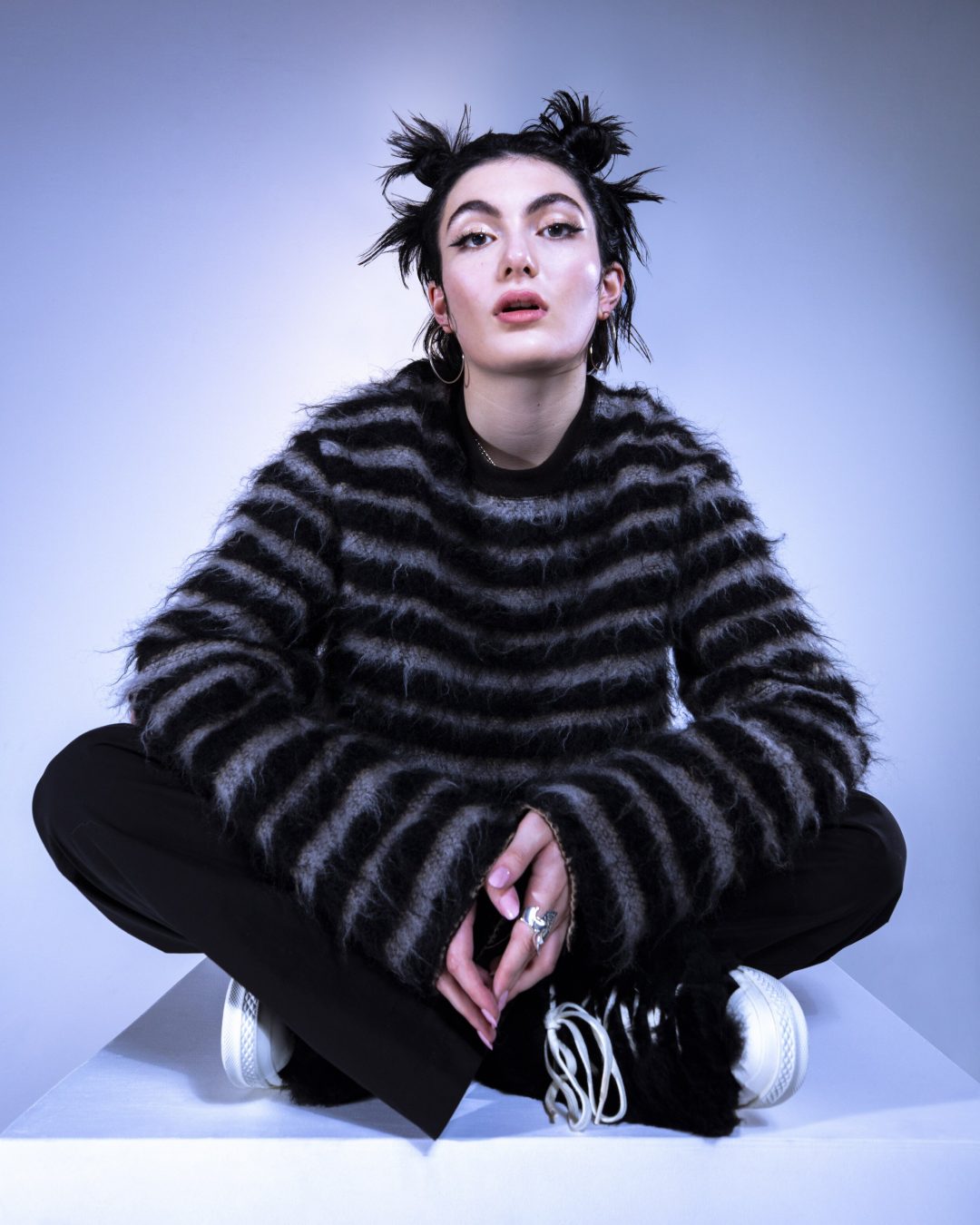 Willow Kayne is far more than just a recording artist, she’s a total rockstar in her own right. Hailing from the UK, the rising singer-songwriter lives by the mantra: “live how you wanna, just do your own thing while we’re alive.”

At 20 years old, she creates music inspired by real-life occurrences and events, creating her own landscape in the realm of pop, punk, hip-hop, soul, and trap. Beyond the music, it’s her style, unique flair, and out-of-this-world personality that fans already can’t get enough of. With a diverse pool of influences from fashion mogul Nigo and superproducer Pharrell to Gorillaz and M.I.A, Willow effortlessly creates her own lane in this oversaturated music industry. She was recently awarded the Ivor Novello Rising Star Award, which allowed her the opportunity to work with and receive mentorship from icon Nile Rodgers, who has called her a ”genuine star in the making.”

Beyond making music, Willow is an actor, writer, and graphic designer, with a keen eye for all things visual. She recently unleashed her newest single and music video titled “I Don’t Wanna Know,” an upbeat banger that showcases her 0-fucks given attitude at its finest. This follows her previous release with “Two Seater,” her major label debut.

Flaunt caught up with Willow via Zoom, who was located in London amidst a heat wave. Read below as we discuss her sound, growing up in the UK, the turning point in her music career, how “I Don’t Wanna Know” came to be, the importance in visuals, her fashion sense, love for Pharrell, her forthcoming debut EP, and more! 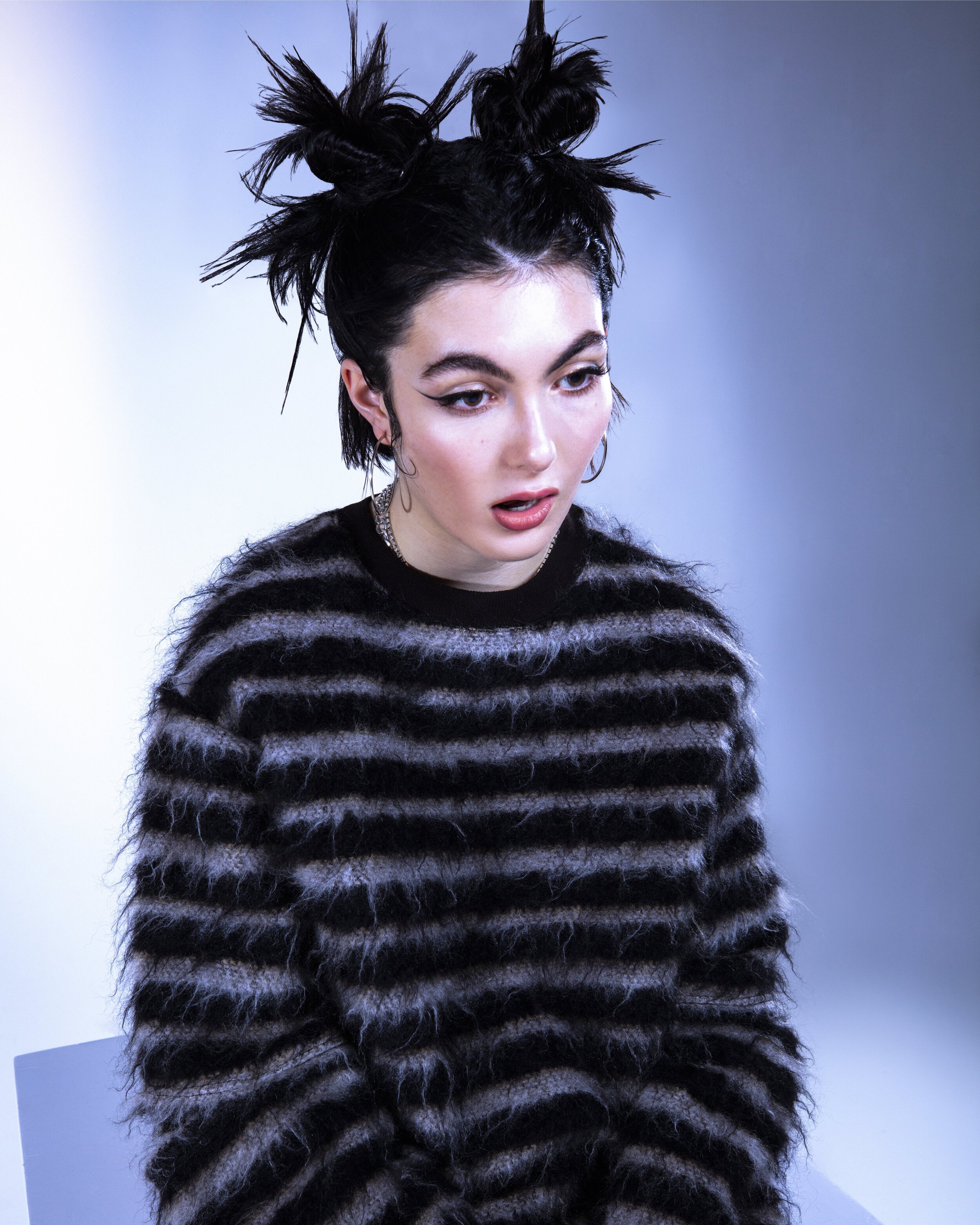 I quite like to combine genres. My most recent single that came out is quite Drum and Bass with Jungle elements. But then the one before is very hip-hop mixed with indie, so it depends how I’m feeling!

What was a young Willow like growing up in the UK?

I was a weird little kid, not gonna lie. [laughs] I collected things, I was a little collector. I was a mini-version of my dad.. I was in my own little world.

While I was posting music randomly on SoundCloud. I was studying to get ready for university, doing music for fun. A year and a half or so into it, I started getting A&Rs hitting me up. I thought, “What is an A&R? Don’t know. What’s going on here?” It was the end of 2020, I was doing my art foundation to get into the university I wanted to go to, when some people in LA found me and wanted to fly me out. I said “Oh fuck! This is real.”  From that, I got a lot of interest from labels.

What were you studying?

I was studying graphics. That’s the thing I can confidently say “I’m alright at that.”

Did you always want to be this artist that you are though?

I always wanted to. My sister’s a musician, that’s her thing, so I didn’t really ever think it could be my thing as well as a kid. There are loads of things that even now I still want to do, I’m just lucky enough this is happening now. But I never had confidence in music. It’s growing now, but even when I was posting stuff, I didn’t tell anyone. I didn’t have that confidence that it was good.

Is Willow Kayne your real name?

Willow Kayne is my name. I should have picked something sick, I feel. Some people say, “Her name’s an anagram of Kanye. She wants to be a rapper so bad!” Uh, madam. That is my real name. [laughs]

“I Don’t Wanna Know” out now. How are you feeling?

I’m so happy with the reactions to that song. I did a festival the other day and it went off. I was very surprised. Man, I was surprised at how many people came to see me. After being in COVID, it was crazy. I was nervous, but it went really well.

It was sick! I’ve never done a festival before. Before COVID or the whole music life takeover, I was doing shows, but they were really small. They were  if you know, you know type of events. It’s just numbers on a screen isn’t it? To see it in real life, okay! I didn’t realize there are actually people wanting to see me. It was great.

Were they singing the song with you?

Yeah, even a song called “Wonder.” It’s unreleased, and they already knew that one. I’m hoping it’s because it’s catchy! It was sick. And I never had people ask me for photos before!

It’s only going to get more and more from here.

I hope so. Definitely gave me some confidence, I could say that.

How did you link with Oscar Scheller on the record?

Me and Oscar share a ridiculous amount of mutual friends, we’ve been meaning to work for ages. I find this interesting: so the first song I put out officially is called “Two Seater.” They had run an advert with my photo saying, like, “Hey, this is my song ‘Two Seater’.” I didn’t know about it, and I was getting loads of messages every day for weeks like, “I don’t know why it’s getting so much hate, I think that song’s great!” I said “What do you mean?” I kept getting these messages, I didn’t know what anyone was talking about.

I got to Oscar’s, it was the second session we’d ever had. I’m on the phone talking to my friend in the garden. I asked “What’s everyone talking about?” He’s like, “Have you not seen the advert Willow?” He sends me the links, I see it. There’s way over 1000 comments just ripping me. I said, “Oh no! What do I do?” Fuck it, let’s make a song about it.” “I Don’t Wanna Know” is about that. It was a good way to put feelings into something nice. That was great. [laughs]

Who’s idea was it to have you getting sucked into the computer in the music video?

So that was with Bedroom Projects. I had met them prior to that song, we got along really well. I didn’t really think anything of it, I was telling them ideas I wanted for future things. I knew already we were going to work together, and they completely brought it to life.

Best memory from shooting that?

That was a 2-day shoot so it was a lot. Dressing the bedroom, oh my god, that was so lit! We made a fake Willow’s world bedroom. I collect Bape, I’ve had them for years. They lent us loads of stuff to dress and design the room as a little Baby Phat room, the whole experience was cool.

What posters did you have on your wall growing up?

Rave posters! I used to collect them. I don’t really so much anymore, they’re getting a bit harder to find. I love old rave flyers from the 90’s when it first started out there. That whole old school futurism style I think is so sick.

Do you miss raving?

I did at first, but I’ve returned to a similar event recently and was a bit like “fuck, I think I’m used to chillin’ now,” which was never the case. That broke my heart a little bit, but also my time has come.

How important are visuals to you?

Really important. That’s what I was doing first. It’s so important in creating the vibe. The fact you can create your own world to match the song is cool. I thought this was just me, but loads of people have this: each song has a specific color palette for me.

What’s one thing you want fans to get from “Two Seater”?

It’s alright to drop your friends if they’re not making your life better, or a bit more manageable.

Your IG bio reads “industry plant,” what does that mean?

Oh my god, everyone keeps calling me that. I’ve been making music for years. Before the past few songs, I was just on SoundCloud. I wasn’t on Spotify or running adverts or anything. A lot of people think that I’ve been created by my label, what?! I get comments on TikTok like, “She’s such an industry plant!” Someone made a video about me. What the fuck? So I decided to roll with it like “yeah, alright mate. Go on then.” I’m not by the way, but I thought it was funny.

How did you find your way to Epic Records?

I signed to Colombia last year in the UK, last summer in lockdown. Through that, the music came out and obviously more interest has come about. America became an option of signing there. I was introduced to Epic, they were the label I connected to the most.

How’s it feel to sign to a major label?

It feels very good. I’m literally gagging to go to America, I’ve been waiting for so long. The trips keep getting moved, but it’s okay. I’ll stay out there for quite a long time when I do get there.

What is it about America that you’re longing for?

The supermarkets! No. [laughs] Actually a little bit. The London crowd is small. I want to branch out, and America’s fun!

My notebook, I’m like an old lady and have to write in a book so I know it’s real. An engineer, a fire engineer. And an iced coffee, why not? [laughs]

You’ve recently been mentored by Nile Rodgers. What are those sessions with Nile like?

Did you learn anything?

Definitely, I can’t repeat it though. He’s telling me a lot of industry stories, which I don’t think I’m gonna say. He gave me some really good advice. He’s definitely helped me with connecting with other people. When I come over to America, he put a list together of people he wants me to work with, which is cool.

I really old school, 2005 streetwear a lot. Pharrell Williams, when Billionaire Boys Club dropped and Bape was poppin’. I like that style. I also like tech wear, utility wear, archive stuff. Pretty different sides of the spectrum, but fire.

I do have a set list, which is a little joke at my label that I have to do my to-do list or achievement list. Right now, I really want to collab with Gorillaz at some point. I’ve got to earn that, I’m not there yet. Doing some festivals, Gastonbury’s on the list for sure. And working with Pharrell Williams, oh my god! I can’t believe I forgot that.

What can we expect from your debut EP coming this fall?

It’s definitely a little taste of me. I dip into a lot of different genres in each one. It’s a taster, very ballsy as well. I need to relax with the lyrics. [laughs] I don’t really think about it until someone points it out: “Ah! I can’t believe you said that in that song.”

Is there a name yet?

I think I might call it My Mom Said It’s Because They’re Jealous. 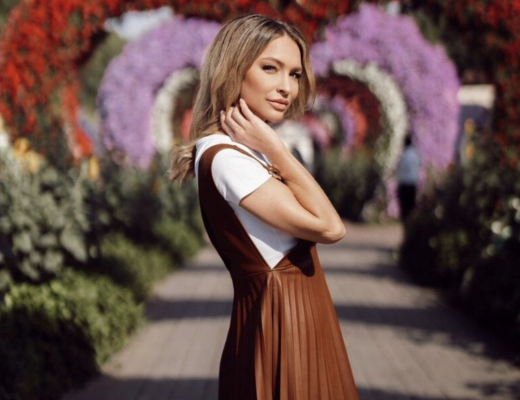 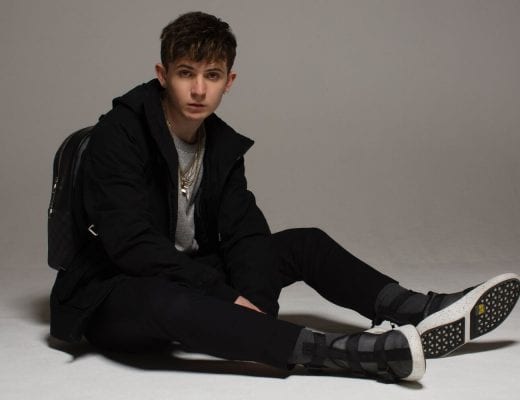 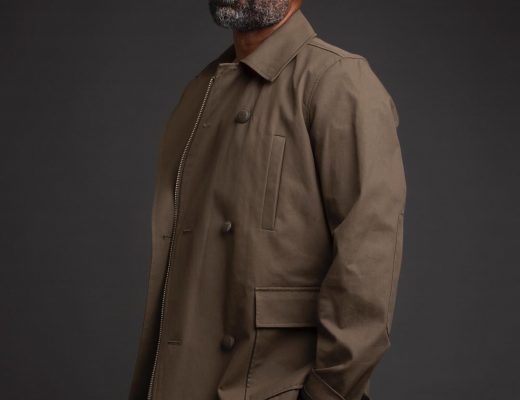