Baton Rouge Rapper OBN Jay On Why He Remains Independent 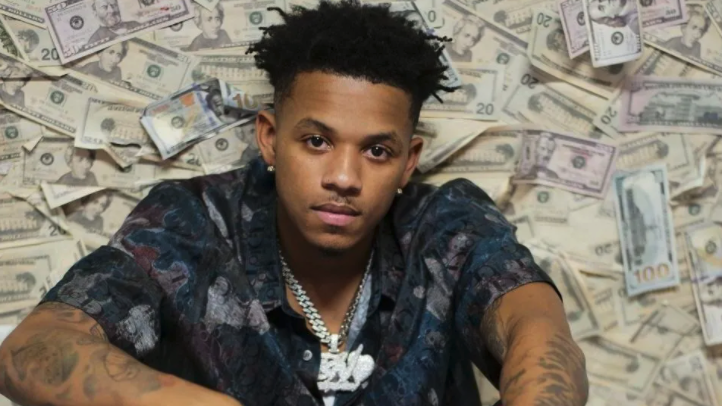 Baton Rouge, Louisiana is home to a slew of greats in the rap game, from NBA Youngboy to Kevin Gates to Boosie Badazz.

OBN Jay, is here to give them all a run for their money. Arriving on the scene with his own unique style, swag, and braggadocious lyrics, the rising star continues to unleash bangers for his growing fanbase.

On his recent single “Take The Time” released earlier this year, OBN Jay spits, “Grew up ’round nggas dangerous and nggas head huntin’, grew up where they lacin’ cocaine up in every blunt. Moms and pops had disabilities, I raised my parents. Now I got that bag, I’m grocery shoppin’, fill they cabinet. I was in them streets, tryna find me a way for to eat, ’cause I didn’t have it. I was on my grind, I’m a multimillion boss I say it gladly.”

Whether he’s spitting straight bars or adding melody to his flow, there’s no doubt the rising star remains in his own lane.

AllHipHop: How did you get your name OBN Jay?

OBN Jay: OBN means On Bro Nem, I made that name myself when I was in 8th grade. I’m an independent artist right now. I’m on EMPIRE, I’ve been working on a lot of new music. A lot of my singles blew up while I was independent just naturally so that’s really where my success and my career comes from, making singles and releasing them. That’s where a lot of my success came from and eventually got me signed.

AllHipHop: When I met you when you were with Columbia Records, what happened?

AllHipHop: That was early in your career, right? How was your experience signing to a major?

OBN Jay: Yeah. Seriously in my career, I was about 10 or 11 months in, so it was real early. I started in January 2018, I was in high school. By November 2018, I was signed with Columbia so that shows you right there. It was crazy trying to transition everything so yeah, it was early in my career. It was a time where people were trying to capitalize off the story of OBN Jay, and they didn’t really understand who I am. I ain’t gonna say they didn’t know how to do their job, they just didn’t understand me. It’s all good, much love to Columbia and all them.

AllHipHop: What is the story of OBN Jay just coming out of Baton Rouge? Y’all got a lot of obstacles to overcome just personally.

OBN Jay: It was real trench life. It was real struggle life, I had to struggle a lot. Anything I really wanted, I had to go for it for real. My mama had 2 strokes and my daddy still got diabetes, so that’s 2 disabilities in my household. And my parents were separated so it wasn’t even 2 in one household. It was a disability over there, disability over here. Whatcha gon’ do type s###. My family went through a lot of different stuff, violence in the city, but I came out good.

All that made me build a mentality like “man, I’ve gotta learn to hustle right now. That’s all it really was for me, and that’s what a lot of fans like about me. I be going through my DMs sometimes responding — they’ll say something crazy just for me to respond. Sometimes I’m like “Oh, hold up! Wait, don’t do that.” They’ll say “I’m finna do this and that. Man, I want you to say something to me. Motivate me and keep my mind from doing all kinds of crazy stuff.” A lot of people be telling me that my music helps them in their everyday life. People be working at McDonald’s or Buffalo Wild Wings, they’ll post my music while they working. I’ma repost it because I’m really gonna make your day, it’s real.

OBN Jay: Hell yeah, I do that type of stuff for my fans. Let ‘em know I see ‘em no matter what’s going on in my end of the situation.

AllHipHop: What about collabs? Have you been collaborating with people?

OBN Jay: Yeah, me and Money Man got a lot up. That’s gang for real, we got a lot of music. Me and Jackboy got new music. I got music with other people, but I can’t say their names just yet. To keep it exciting, you know?

AllHipHop: How is it recording in the Bay?

OBN Jay: It depends on my vibe. It depends on what I went through before I got to the Bay. I’m always thinking “Dang, how am I feeling today?” Because there were times where I was feeling too good… not that I can’t make songs, but I made less [songs]. When I go to the Bay, I might be there for 4 days or a whole week and I’ll come out with 12 songs minimum. Every time I go to Cali or some of these places and I record, I be trying to get a good amount of work done. I work fast so it don’t be hard. Sometimes I go to the Bay and I might have been chillin’ too much and not really active or going through stuff, I’ll make 4 or 5 songs. Some cool little songs, it all depends. But it’s a good environment to be recording in.

AllHipHop: Do you freestyle?

AllHipHop: You don’t write though?

OBN Jay: Nah, I could. Sometimes it depends on the song and how I’m feeling. If it’s real heartfelt, I’ll write. I’ll literally get me a pen and paper, go find it and write it.

AllHipHop: How was shooting the “Rasta” music video?

OBN Jay: Man, I was in Louisiana. It was supposed to be a little bit more in the video, but the police was stalling. We was riding dirtbikes and ATVs until they were chasing us, while we’re riding in the video!

AllHipHop: They were chasing you in the video?

OBN Jay: Yeah! That’s why in certain points, it’s an effect when I had the mask on in that open field. If you look closely, they got people on dirtbikes and ATVs. It’s way in the back of the field but if you look closely, they riding them across the field running from the police. [laughs] That’s something that people don’t know, but I told them like “don’t really bring that part out of it.” You can put it in there and make it look like it, and you barely can tell. They look like small figures just going across real fast, but if you watch it you’ll definitely see it.

AllHipHop: You’ve got another song coming out soon, right?

OBN Jay: Yeah, I’m supposed to have another song coming out October 8th. It’s called “I’m Him.” “N*ggas know I’m him” [singing] Global, it’s gonna be real big. The next one gonna be real big forreal, that’s all I can say about it right now.

AllHipHop: On what? A chain?

AllHipHop: You working on a project?

OBN Jay: I already got projects done, but I’m getting ready to put something else out there. 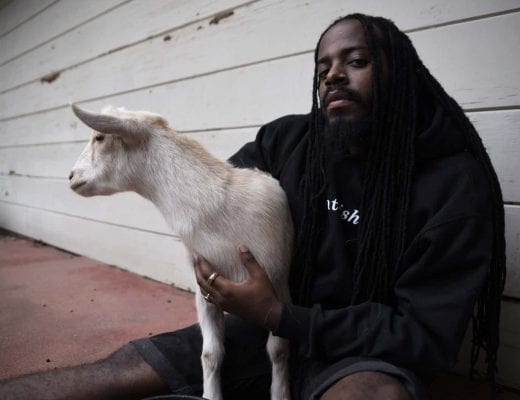 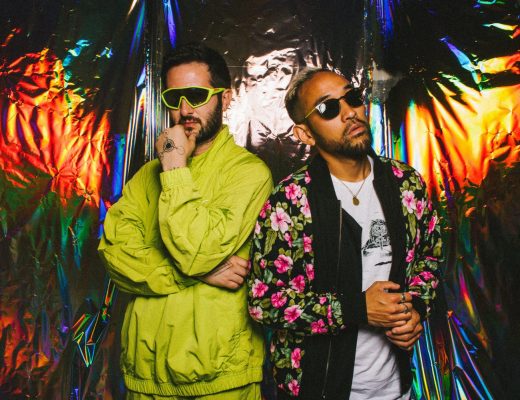