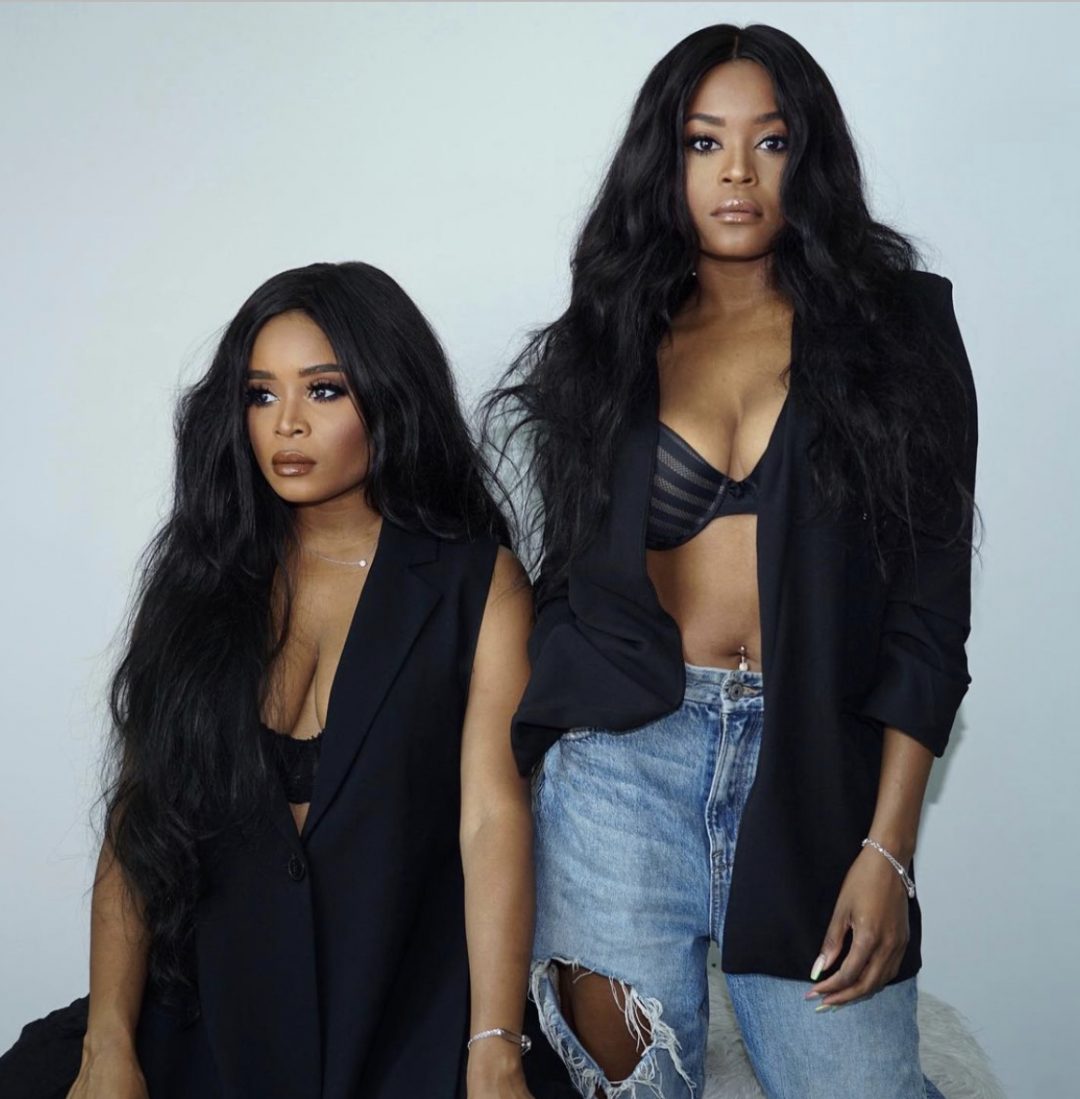 Felisha and Fallon King are two powerhouses that you want in your corner. Hailing from Atlanta, the twin sisters first came as members of former girl group Cherish, who exploded onto the scene in the early 2000’s with smash hits “Do It To It” and “Unappreciated.” Throughout their careers, both Felisha and Fallon are proud to be able to wear multiple hats, from singing, songwriting, and producing, to becoming reality television stars and entrepreneurs.

You may have seen both ladies on BET Presents The Encore, but their main passion will always reside behind-the-scenes making music. Challenging the status quo of a predominantly male-dominated space, both creatives entered the publishing world in 2015, with Felisha later signing with Sony/ATV and Fallon at Universal Music.

Self-proclaiming themselves as the “black Mary-Kate and Ashley of the music industry,” Fallon’s catalog includes writing and producing DaniLeigh’s Platinum-certified “Easy” featuring Chris Brown, while Felisha’s includes co-producers on Justin Beiber’s “Peaches,” which debuted at #1 on the Billboard Hot 100.

Flaunt caught up with Felicia and Fallon King via Zoom to discuss their roots in the music industry, growing up in Atlanta, ACRAZE remixing their song, the grind and their journey, their biggest songs, the days of Cherish, fashion, being on reality television, and more!

You’ve been in the music industry since 8 years old, what happened then?

Fallon: We got our first record deal at 8 years old. We were singing, we’ve been singing since we could walk. It was a family affair really. Our dad was the manager. All of our sisters, same mother, same father, the 4 of us were in a group. It just happened way earlier for us.

At that age, did you guys know what you wanted to do in the industry?

Fallon: I knew what I wanted to do. We knew we could sing. We knew we had some sort of talent and we were ready to let it shine.

Felisha: I thought I was going to be Whitney Houston. I’m like “this is it for me! This is all I need to do in life, I’m good.” At 8 years old. [laughs] Little did I know I had a lot to learn.

Felisha: Everything! First of all, I could see myself in her. She’s a brown skin black woman that sang music, that the black community wasn’t necessarily doing at that time. It was pop music, then she was a worldwide icon. You had every culture loving her and rocking to her music. That’s the dream right?

Fallon: She just made great music.

Fallon: It was fun. Having that much culture in one place you can relate to, like the Snap movement when we first came out. We worked with a lot of different artists and producers from Atlanta: JD, Usher, Timbaland. We worked with so many different people in that era. It was great growing up in that movement and how much fun it was.

Felisha: Yeah, it was a culture. It was super cool when the Snap movement came out as well. To be a part of that culture, we made our stamp in history. Now we got a whole record out that’s a remake of our song, that’s killing it right now. ACRAZE released “Do It To It,” it’s EDM. That’s out and it’s climbing the DJ charts. It’s killing it, so that’s cool.

How does it feel to have someone remake your song? That’s respect.

Felisha: It’s dope that we created something, we wrote it. We wrote our whole first and second albums, so it’s cool to actually be a part of that. To know you created something that people want to redo in the future, it’s cool.

What’re your fondest memories from the Cherish days?

Felisha: Traveling with my sisters and performing with my sisters, it was nothing like it. We had perfect pitch and perfect harmony, our dad instilled that in us. It was nice to look to my left and look to my right and see my sisters on stage with me, that’s what I miss the most. My most fondest memories was having them have my back on stage throughout the entire process. Fallon: Watching the crowd singing our songs, lyrics we wrote, it’s the most incredible thing ever. To watch a whole crowd scream your song, it’s great.

How does it feel to be female songwriters in the music publishing world?

Fallon: It’s been a long one. [laughs]

Felisha: It’s been a long journey, just like anything you decide to do. Any journey you have, it has its ups and downs. Fallon and I have been through a lot, trying to navigate going from being artists to being songwriters to being entrepreneurs to television. There’s so much to navigate in between, but music is always first. It always comes back to music. For us right now in our careers, we really want to make a stand for other women in music. Be the face of what that looks like for other women.

Fallon: We want to start shifting the way the music industry thinks about women being producers…

Felisha: And writers too!

Fallon: Yes, all of the above. It’s a great start.

Talk about writing “Easy” for DaniLeigh.

Felisha: That was all Fallon right there!

Fallon: It was incredible, it was very organic. At that time, we were in Atlanta. We went in the studio, we had a few songs for her. Dani and I started vibing, she said, “I’d never done a laid back song before. I want something chill, that’s why I came to you. I want something that’s chill and real Atlanta Aaliyah.” I bring a lot of chill vibes to Dani.

Chris Clark and I co-produced it together. Dani and I wrote it, it was magic after that. It was really easy. We wanted to talk about something that really wasn’t talking about something. We didn’t want to make it directly related to a relationship or anything. Okay, what about catching a vibe and taking it easy? And seeing where it goes. A lot of people don’t really talk about that part of a relationship, that’s the best part. It was really fun to come up with, we were vibing. Once we had, “it was easyyy!” [sings], it was a hit.

Do you know when it’s going to be hit?

Felisha, how did you end up co-producing on Justin Beiber’s “Peaches”?

Felisha: It was great. Harv is my husband and he produced the record, so I co-produced it with him. It’s a lot of dope ass writers that I was able to collab with for the record. It came together organically because Justin came up with the idea for “Peaches,” we curated it and put it together for him. The rest was history, just grateful to be a part of the record.

How does it feel to create music with your man?

Felisha: That’s what we do, that’s how we met. Harv and I met in the studio in Atlanta. Music has been in his soul since he was a kid, and likewise. Eventually we already knew some magic was going to happen. We already started with Sevyn Streeter. We both wrote and produced “Before I Do,” that was #1 for the longest time.

She’s so talented. How was working with such badass women in the space?

Felisha: Every time we get together, it’s a bunch of badass boss bitch, female, feminine — we can take over the world type shit. It’s always good vibes with my girl. I always say it’s like that Spiderman meme where we point at each other and say, “You’re great! No, you’re great!” It’s always a good time, creating that record with her is a memory I’ll definitely cherish. No pun intended. [laughs]

What’s your favorite song that you worked on most recently?

Felisha: The “Peaches” remix for me, just because it was fun.

Fallon: That was fun! Doing the Usher verse was cool, that was a lot of fun. We’re going to have a few more records on Justin’s next album that I’m super excited about.

Do you still record your own original music?

Fallon: For sure, we definitely want to release music. It’s always been about timing for Felisha and I. Once we do it, we don’t half ass. It’s definitely something that’s going to be curated and ready.

Felisha: For sure, I agree. We’re both gearing a lot towards even doing separate projects. There’s so many records Fallon has, I’m like “you need to put that shit out.” And vice versa, it’s just timing.

Fallon: For sure. I drink wine all day.

Felisha: Coffee, tea for sure. Damn that’s more than 3, I need like 18 things. Good vibes. That’s #1. Good energy, that’s #1 on the list. Then a very very great engineer. We have to have a dope ass engineer. The engineer can make or break the song, that’s important. Whatever you need whether it’s tea or a drink, or some weed — anything that’s going to bring you into where you need to go. Whatever that vice is for you.

Fallon: Very different from each other, that’s for sure. [laughs]

Anybody you guys want to collaborate with?

Felisha: I’m grateful to say that I’ve collaborated with all the people I’ve wanted to collaborate with right now. Obviously, Justin’s #1.

Fallon: It wouldn’t kill me to work with Bruno Mars. [laughs] I love him so much, he’s one of my favorite artists. I’d die if I got to work with him.

Felisha: And Beyoncé, I’m waiting for that.

How was your time on BET’s Encore?

Fallon: It was a lot of fun and enlightening. That’s something we’ve never done before. Reality TV is something Felisha and I never thought we’d dabble into, it was something very interesting to us. We ended up doing the show because of our good friend, Carlos King. We had this show about 8 years ago. He said, “Okay we can’t get it off the ground then, so we’re gonna do it now.” Iit came at the perfect time during quarantine, they wanted us to stay in house. They wanted us to do a whole show with music, I thought maybe this could be a good thing. It was interesting to be on reality television, from the scrutiny to the amazing comments. It was interesting to say the least.

Do you guys want to do more in that space?

Felisha: We’ve been approached to do more, there’s something in the works right now. You guys will see, but I’m not necessarily thinking that Felisha and I would ever want to be reality TV stars. That’s not something that we’ve ever dreamed of. If it’s a good docuseries, we definitely will take that on.

What’re you guys most excited for next?

Fallon: Everything! We have a few more songs coming out with Beiber. We’re working on a lot of different artists right now, different labels: Roc Nation and RCA. We’re looking forward to releasing our own music.

Felisha: Normani’s project, we’re about work on her album. That’s going to be exciting because I love Normona. I’m super excited about that, and my Justin Bieber project.

How’s it feel to be working with all of these superstars?

Both: It feels amazing.

Fallon: It’s a blessing to not only do what you love, but to have these amazing people recognize your talent and have people in your corner that support that. We’re here every day, grateful and blessed.

Felisha: It really validates how you feel about your own work, that’s one thing I do love about it. It’s been a blessing. 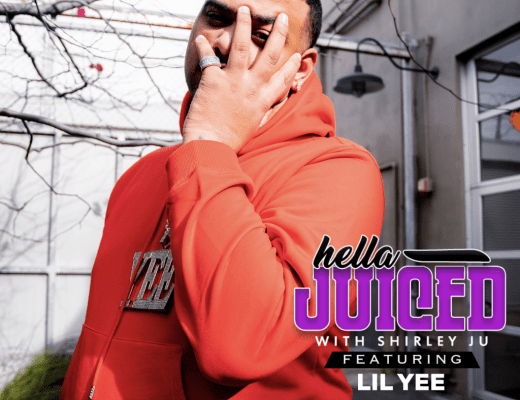 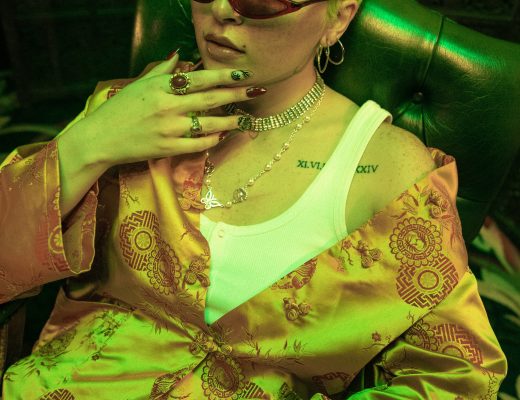 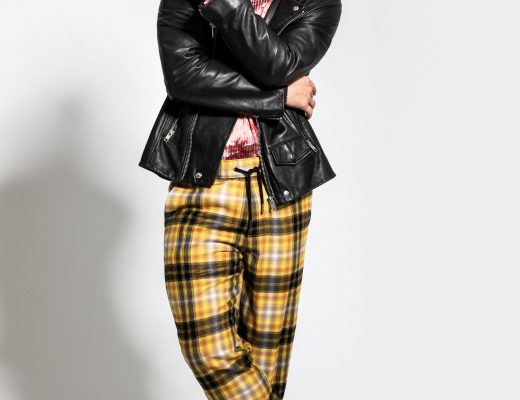