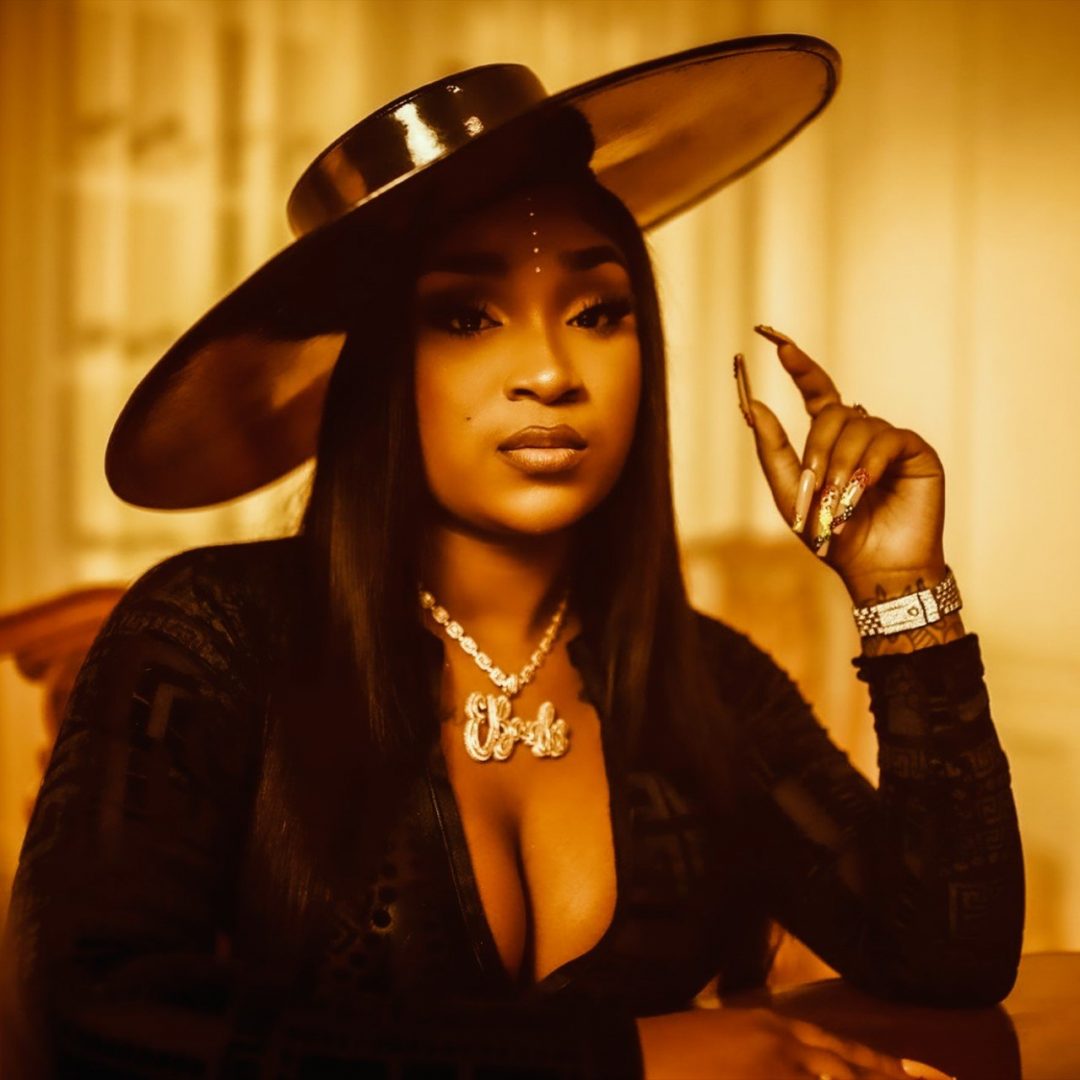 Erica Banks is having a hell of a year, and the work never stops for the DeSoto, Texas native. Nicknamed “DA FLOW QUEEN,” the rising star broke through into the mainstream light with her viral smash “Buss It,” which took social media and TikTok by storm in the heart of the pandemic. With everyone inside the crib and on their phones, it was impossible to miss the phenomenon of the #BussItChallenge.

To date, “Buss It” has accumulated over 3 billion views and counting… so it was only right for fellow Texas native Travis Scott to hop on the remix. Unbeknownst to Erica, La Flame hopping on the song was just proof in itself of how big that record was, and she plans to follow that up with even more spitfire bangers in the vault.

Today, Erica unleashes her new single “The Best” from NBA2K. Last year, she dripped in diamonds at the AMAs, where she was nominated for “Favorite Trending Song” and “Favorite Female Hip-Hop Artist.”Then Banks dropped the lavish single “Designer” to close out 2021. Additionally, she had the pleasure of participating in the BET Hip Hop Awards cyphers, holding her ground next to the elites of the rap game.

Flaunt caught up with Erica Banks at Soho Warehouse in downtown Los Angeles, who was running around with a jam-packed schedule as usual. Read below as we discuss her new project on the horizon, how Travis Scott landed on the “Buss It” remix, her favorite line from the song, single “Designer,” nicknaming herself DA FLOW QUEEN, the recording process, being part of the BET Hip Hop Awards Cypher, shooting with Savage x Fenty, Erica Banks Closet, and more!

How have you been since the last time we talked?

I’ve been good. I’ve been working and getting my project together.

What can we expect from the project?

Can we get some features?

You know what, I wish I could tell you. [laughs] But that just increases the element of surprise so you have to tune in.

How did Travis Scott jump on the remix?

So a lot of people think I hit him up and said “I wanted to do this song” and he did it, that’s not how it happened. It was actually a surprise. I was in the car, a DJ called me and said “I want you to listen to this song.” He was playing me the remix with Travis’ verse on there, I couldn’t believe it too. It just happened like that.

What was your reaction?

I thought it was just a joke. I didn’t know what to think, because I didn’t expect it. Travis just decided to get on there, he said he’d been seeing me do my thing. It’s super dope for him to do it so big shout out to Travis.

What did that mean for Texas?

Everything! Especially for Houston, it was super big for Houston. Really the whole Texas because we’re both from Texas.

What is your favorite line of his on the remix?

Tell us about your single “Designer”?

This record is for really any and everybody. As long as you have a bag, you can relate. All the different bags and designers, it’s going down. Get out your designer bags.

What are your favorite designers?

Chanel, Louis, and Fendi. I shop often, maybe every other day.

When did you pick up the nickname, DA FLOW QUEEN?

DA FLOW QUEEN started a few months ago, I just started calling myself that. I started hashtagging it, I started singing it in my raps and now it stuck. I feel like nobody else can do it the way that I do it because it’s me.

Talk about the freestyle you did with Rapsody and Big Tigger.

That was a month ago, but it aired a couple weeks ago. I did it to “Mask Off,” I got a chance to interview with Rapsody, Big Tigger. It was cool, we were in Atlanta. I had a really good time. If you haven’t heard it, go check it out.

Do you write or freestyle off the dome?

It just depends. It depends on how I feel, it depends on the beat. I’m more of a writer, I like to sit down. I want it to make sense and put a lot of thought into it. 9 times out of 10, I’ll probably sit down and write.

What inspires you the most when you’re in the studio?

The environment and sound of the beat, that’s it. That’s all it takes for me to get into the zone.

What’re you most excited for with the BET Awards Cypher?

Did they ever shoot that Cypher?

Yeah, we shot it weeks before the show in Los Angeles. Rico Nasty was there, Fivio was there, Sleepy Hallow was there. It was lit. It was dope, everybody did their own thing. Everybody had a good time, it was a vibe. I had a good time.

What does it mean to work with Savage x Fenty?

It’s been dope with them! I’ve been with them for about 4 months now, they always send me dope pieces. We just did a runway theme last week with supermodels, they always give me stuff to wear.

Oh, y’all been digging deep. [laughs] I spend so much money on clothes and shoes that I only wear one time. Sometimes I don’t even touch it, so I decided to start to sell it and make money that way. People ask me all the time if I have certain pieces, I go “well yeah, I haven’t even worn it!” And I wear it after they ask me. I decided to do that, I thought that was smart.

How is it having your own business?

You know what, I haven’t had time to get to it because I’ve been so busy. But when I do get time, I’m going to put some time into that. I know it’s a lot of money that can be made doing that.

How was it performing at Rolling Loud?

Rolling Loud was fun. It’s always fun, it was a vibe. I had a lot of fans there who were going crazy, I didn’t expect that many people. It was super dope, I had a good time. It was my second Rolling Loud.

They go crazy for “Buss It”?

Oh yeah, you know that.

There isn’t a name yet, I’m still going through names and brainstorming. I’m excited about the single.

When you’re not working hard, what do you like to do?

Girl, I love to sleep. [laughs] I love to eat, I enjoy eating. I enjoy shopping, normal stuff that people do.

I had some really good crawfish and crabs the other day. I didn’t think it was going to be good. I was scared because it‘s from out here, but it was good. I enjoyed it. 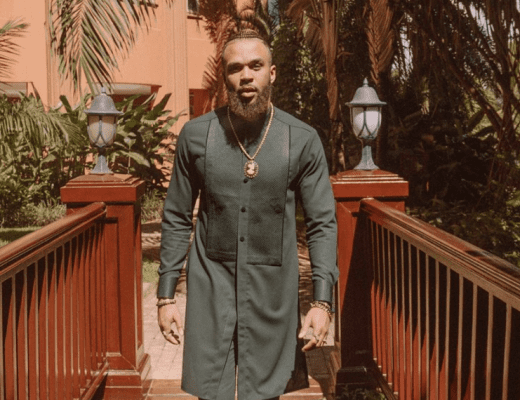 Jidenna talks ‘85 To Africa’ album, the importance of Africa, the REVOLT Summit, dating life and more 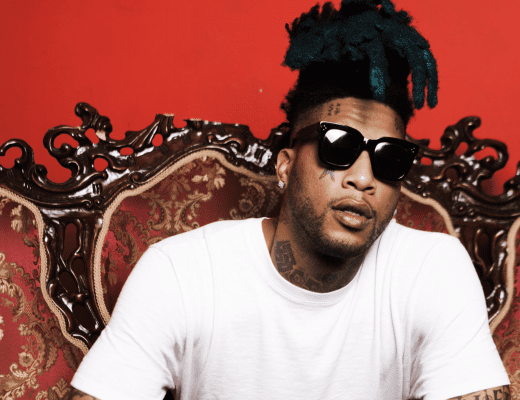 TM88 ON 808 MAFIA & HIS OWN PRODUCTION GROUP CRASH DUMMY 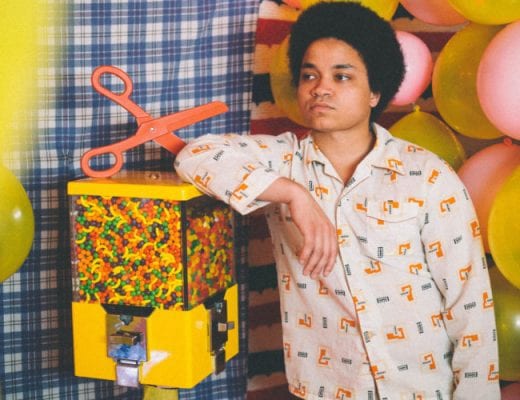