If you aren’t familiar with Brotha D, prepare to be inspired. Coming from true humble beginnings, Brotha D, real name Tanielu Leaosavaiii serves as one of the co-founders of famed New Zealand music label Dawn Raid Entertainment, best known for jumpstarting the careers of some of the biggest Hip-Hop and R&B artists such as Savage, Mareko, Adeaze and Aaradhna.

In describing himself, the Polynesian CEO only had a few things to say: “love of Hip-Hop music, love of Hip-Hop culture, love of community.” Going from selling t-shirts on the streets of South Auckland to partnering with Andy Murnane is a full-circle moment, as he now celebrates his achievements in a major way: the documentary DAWN RAID.

Released on January 11th via Universal Pictures, DAWN RAID is both inspirational and educational, showcasing their journey on the small screen with never-before-seen archive footage of Akon, Wu-Tang Clan, and other notable names. It showcases the highs and the lows, the wins and the losses, the reality of what it takes to make it as an artist, and everything in between. If you’re a fan of Hip-Hop, you’ll definitely feel the sentiment: from DAWN RAID being the underdog to becoming New Zealand’s first Hip-Hop label.

AllHipHop: DAWN RAID is officially out now. How does it feel?

Brotha D: It’s great. We’ve been wanting to get it out in the US for a minute. Big shout out to BOO YAA TRIBE from Carson California, the first Samoan Hip-Hop group signed to Island Records, 1989 with their single “R.A.I.D.” To us, they were like Melle Mel and Furious Five, or RUN-DMC. They were from America, doing Hip-Hop but they were Samoan like us, which meant we could do it too! Thank you to our Polynesian community and our Hip-Hop community that went out and bought it or viewed it, it’s a blessing.

AllHipHop: How does it feel to have a film named after you?

Brotha D: It’s all surreal for us because we did this because we love Hip-Hop music. We love Hip-Hop culture. In fact, in the time when we started, we had great influences at those times. Jas Prince, Rap-A-Lot, Master P, No Limit, they were inspiring for us. Boo-Yaa Tribe, Polynesians in LA. We’re smashing it and doing big things, in the era of Dr. Dre and N.W.A. We’re just blessed.

AllHipHop: What was the process and the reality of shooting this film?

Brotha D: In New Zealand, I guess we call it the golden era for New Zealand Hip-Hop. We’re a big part of that so the story always was there and a lot of filmmakers approached us to make it. We wanted to get the right people involved. When GFC Films approached us, they had Oscar Kightley attached, who’s a fit to tell our story. He’s almost like New Zealand’s answer to Spike Lee for us. He was the right man to tell our story, so that’s how it all came to be. Big shout out to Oscar and GFC Films.

AllHipHop: How important is it to shed light on your guys’ story, especially with everyone trying to make it in this music industry?

Brotha D: One thing Andy always said, we have a South Auckland community, an LA community, and a community all around the world. So a Hip-Hop story of this nature: there’s one in France, there’s one in England. All over the world, we have our little pockets of where Hip-Hop lives, the story will hopefully reach them and they’ll see what’s going on down here in New Zealand. They’ll realize that Hip-Hop culture is alive and well. It’s our version of the Bronx.

AllHipHop: What does Hip-Hop mean to you?

Brotha D: It means life! Hip-Hop is the drum that beats in our hearts. We love Hip-Hop music, we’re inspired by it. Both earlier, and nowadays. A great mentor of ours OMC who belonged to the Fuemana Family. He was from South Auckland, and the 1st Polynesian to go RIAA PLATINUM in America. We had a big song called “HOW BIZARRE” that went around the world. We saw it all unravel and we wanted to be part of it, and to represent our people.

AllHipHop: Talk about the exclusive footage of Akon, Wu-Tang, and other legends you have in the movie.

Brotha D: Akon came by a good friend of ours, Kirk Harding. Shout out to Kirk Harding, he put us onto Akon. He was working at SRC, Steve Rifkin. That’s where the whole Wu-Tang came from as well, from Kirk. There was a big thing at the time where they were making international remixes. We were the ones down here who are offering that too, and that’s where Savage and Akon added to that track as well. For “Locked Up,” when Akon first came out, we did the international remix down here in New Zealand.

AllHipHop: What is your favorite scene in the movie?

Brotha D: My favorite scene in the movie will have to be when we’re negotiating our deal with Warner Australia. Andy looked over and it was an unspoken, “know what we’re talking about” stuff. [laughs] There were no words, it was only action. That was my favorite part.

AllHipHop: What is the hardest part of the journey in starting your own label?

Brotha D: The hardest part is convincing people that this is what we have to do, tell them how serious we were about doing what we wanted to do. The hardest part was: do we pay our 27 staff or do we pay our taxes? [laughs] It’s those decisions that came right. We’re from the community here. We have the heart of our people so people always will come before the government for us. Those were the hardest, for me anyway personally.

The fact that the neighborhoods were from here in South Auckland, they don’t believe in themselves as much. It’s about creating that belief. Not only doing something great in our country but to be able to go back to where Hip-Hop came from and pay homage to that. For America to embrace us as well, that was incredible. Those were some of the hard trials and tribulations we went through when we started doing it.

AllHipHop: Any advice for someone who wants to start their own label?

Brotha D: Believe in yourself. Do it. No regrets. 20 years later, we have absolutely no regrets.

Andy Murnane: Jumping in over here, thank you we love AllHipHop! You guys are awesome. I just want to say a shout-out on top of that with the Loud Records thing. Wu-Tang and RZA, we were there at the birth of Loud Records. We got to see when Wu-Tang did their multi-prong deal. You know how they had the group and then all the solo deals and they went to different labels? That’s what D’s talking about. We tried to copy their imprint of RZA. Make sure that gets in there!

Brotha D: We were inspired by a Polynesian group out of LA: Samoans doing big-time, Boo-Yaa tribe. Our brothers, rest in peace. Rest in peace Godfather. Rest in peace GANXSTA RIDD (RIP). These are the people that inspired us down here, our Polynesian culture. We will forever be in debt to Boo-Ya Tribe for what we accomplished down here. And our Polynesian community: Carson, a ton of families out there in Inglewood. Man, all these people supported us when we came over. We were so blessed that they opened up their arms and became part of the movement. 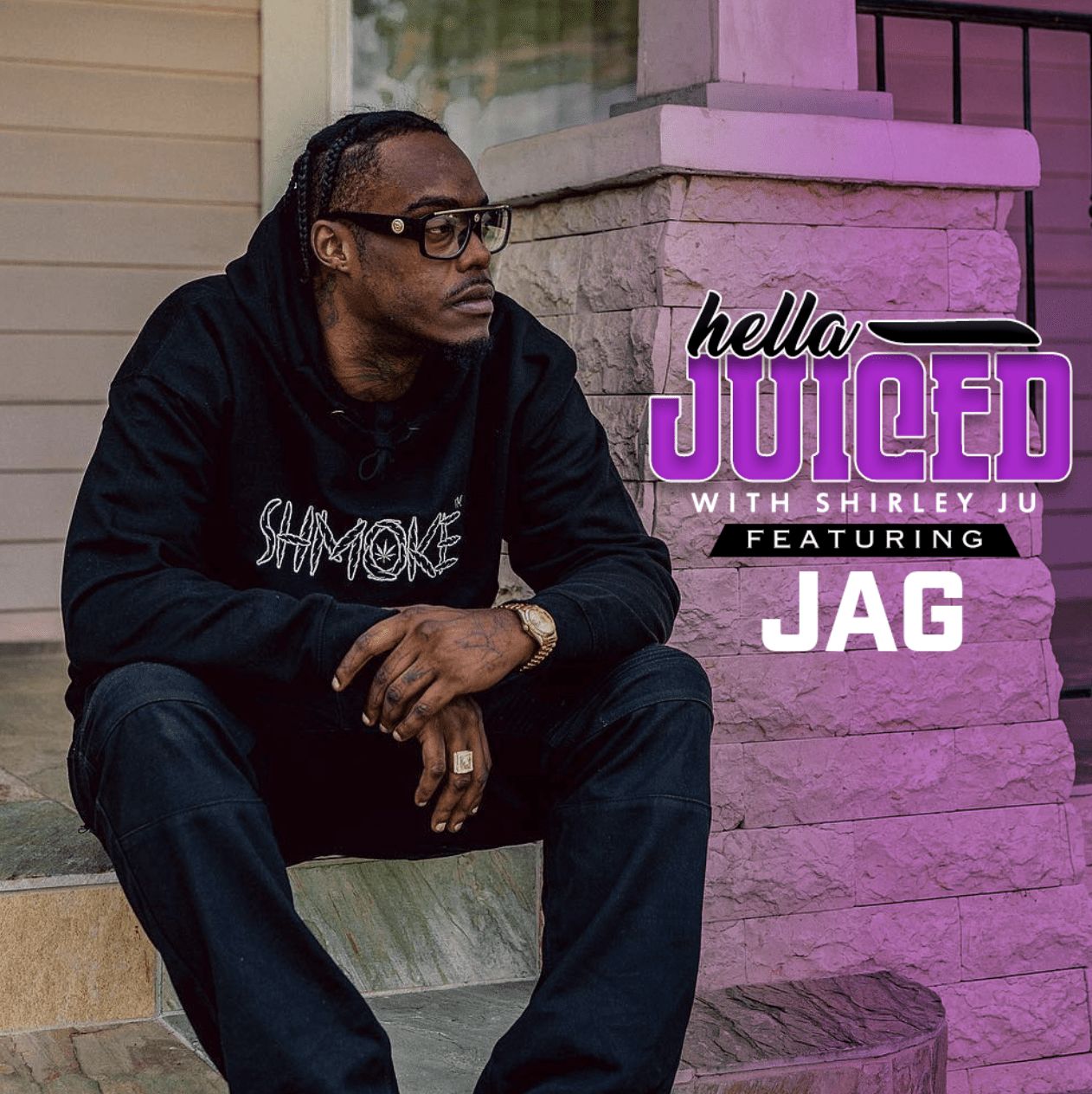 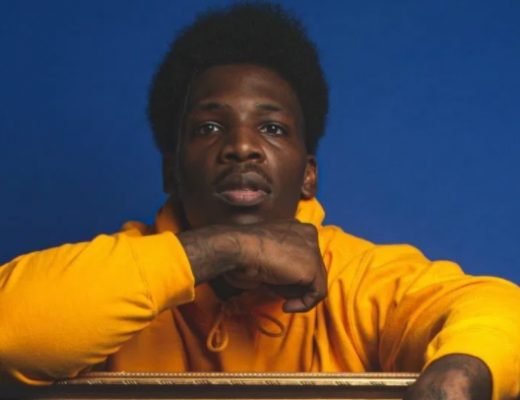 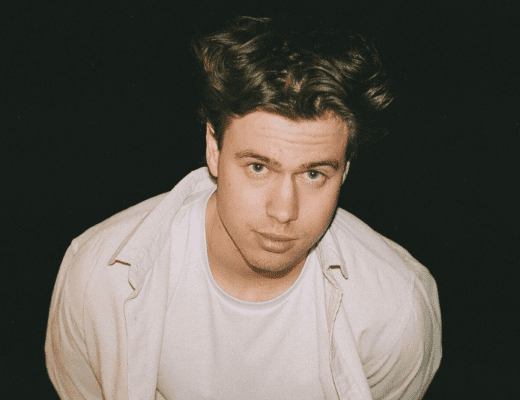