Meet Jehkai: The Promising Young Star out of Compton Jehkai is only 19 years and already living out his dreams on the daily.

Hailing from Compton, California, the rising star went from living in the projects to signing a major label deal, offering a new fresh perspective that has yet to be seen or heard.

With the ability to both sing and rap, Jehkai arrives on the scene with a voice that stands out amongst the rest, using music as his outlet for thoughts and feelings he can’t articulate into words.

In describing himself, Jehkai states, “I’m young, from Compton. I keep to myself, but also outspoken too in both ways.”

Being the 6th out of 8 siblings, Jehkai creates music inspired by real-life experiences and events, documenting the highs and lows from trauma and hardships to triumphs and wins. His records speak volumes to the streets and the community that raised him, which is exactly why he named his forthcoming debut mixtape Pain Preacher.

The track arrived fresh off the heels of his previous releases “This Ain’t The Life” and breakout single “Glory To God,” the latter of which pays homage to the late great Nipsey Hussle.

AllHipHop: You say you love sports, which ones?

Jehkai: I like them all really, but I really like basketball and football the most. They’re my two. I played football, Pop Warner.

AllHipHop: Do you miss it at all?

Jehkai: Yeah, but not anymore. I didn’t want to play football though, that was never my dream dream. Music was, for sure.

AllHipHop: Do you remember when you fell in love with music?

Jehkai: I was young, I always loved music. I loved Michael Jackson, New Edition, Sam Cooke, stuff like that. As I got older, I started liking Tupac, then Drake also became my favorite rapper too. That’s when I really fell in love with music. When I got older a little bit more, that’s what I really wanted to do.

AllHipHop: When did you discover your voice? That you could rap and sing?

Jehkai: I was probably a baby. One day, I just started singing. I was singing at all the Christmas events and all the family Christmas parties. Family was going crazy, for sure. [laughs] I was young, I was 7 or 8 when I started singing.

AllHipHop: When did you start recording professionally?

AllHipHop: Obviously being from Compton, you see a lot of s###. How did you push through that?

Jehkai: Coming from where we’re coming from, you gotta really know how to maneuver and move. You move with the right people, watch yourself, keep your eyes open, then everything should be good.

AllHipHop: Did you think you would be where you are now, signed and doing what you love?

Jehkai: You think it, but you don’t really think it. You’re always going to have faith in yourself, but I didn’t think it’d actually happen like how it actually happened for real. S### changed my life. I dropped “Glory to God” and we dropped it on SayCheese. I seen the amount of views and all the labels calling me, that’s when I knew my life was about to change.

AllHipHop: What were you going through recording that one? I know that one’s dedicated to Nipsey.

Jehkai: It was a freestyle. There was so much going on at the time, so I was everywhere with the track. I didn’t originally like the track, but everybody said “Drop it now! It’s the one, drop it.” So we dropped it, the song wound up getting me signed for $2 million with Atlantic Records.

Jehkai: I think I’m the type of artist where every new song I make starts becoming my newer craft. Nothing’s wrong with the song, I love the song. That’s my favorite song, it changed my life. I love that song for sure.

AllHipHop: What is Nipsey’s influence on your career and on your life?

AllHipHop: He’s big on community. Is that something you’re passionate about?

Jehkai: For sure, I’m big on community. I did some s### with my peoples, we collabed on a Christmas Toy Drive last Christmas. This year I’m probably going to do a Back-To-School [event]. There’s a lot of opportunities. Feeding the homeless too, that’s what we’ve been talking about.

AllHipHop: How does it feel to have people like Roddy Ricch, people like Kendrick coming out of Compton too?

AllHipHop: Were you caught up in all that?

Jehkai: Like I said, you gotta know how to move. Have the right people around you. As long as you’re really somebody out here, you not out here moving crazy, then you good.

AllHipHop: Your song “This Ain’t the Life” is out now. Why was it important to you to touch on gun violence?

Jehkai: We’ve been losing people from gun violence for years. I recently lost somebody to gun violence, all that’s been in my head. For the past year, I’ve been going on that topic. All that’s touching on basically this ain’t the life! Everybody wants to come in here gangbanging. Everybody thinks it’s cool, cute. All the girls like the little savage s###. Deep down when s### really starts happening, it’s not what you want. Losing n*ggas, jail, that s### for real.

AllHipHop: Was it a close friend of yours?

Jehkai: Yeah, he was a close relative from our hood. The neighborhood we grew up in, he’s my relative for sure.

Jehkai: I’m to myself, but I’m also outspoken. Music is how I get my emotions out. I might sound feeling one way, but then you hear how I’m recording a song one night — the same night I told you I was good, I’m in there talking crazy on the song. I get my feelings out on the song for real. I’m a non-confrontational person, you have to take me there. Just on to the bigger bag, that’s all I’m talking about. Go to the next level and elevate.

AllHipHop: What’s your recording process? Do you write, freestyle?

AllHipHop: You were scared sleeping in the car because you didn’t know if somebody was going to kill you. Do you have trauma?

Jehkai: Nah, that was really when I was young. Young, you don’t really know what’s going on so you’re thinking everything for real. I don’t really have no trauma from sleeping in the car, stuff like that. I really was young.

AllHipHop: How are you liking the attention, the fame, the ice?

Jehkai: [laughs] I’m getting used to it. I love it though. I’m made for it, it all comes along. I’m ready for everybody else to see it, ready for the whole world to witness it.

AllHipHop: “Frostbite” out now. How did that song come about with Bankroll Freddie?

Jehkai: Shout out my guy Bankroll. Genuine, it was all love. Just vibes. He loved “Glory to God,” he posted on his story. He didn’t even tag me so that’s how I knew he just liked the song. He was singing it word for word.

AllHipHop: Did somebody send it to you?

Jehkai: Yeah, somebody sent it to me. It was my manager. They sent it to me like “QC playing it, they going crazy!” So I reposted it. Bankroll’s with QC. A week later, we tapped in. We on a FaceTime, he said “Hey I’m in the studio, send me some s###.” I didn’t really even know what to send him. My manager said “send him that ‘Frostbite’” I sent him “Frostbite,” he sent it back the next night.

Jehkai: Crazy. I sent it to my manager like “Bro went crazy!” I called him fast. He’s like “He went crazy?” Yeah, bro went crazy.

Jehkai: Just the love, the genuineness of it. I don’t like all the fake love, but it was real genuine with Bank. Brought his whips out. The cars in the videos are his cars, his personal cars. He didn’t have to do none of that, it’s real genuine. Really everything. The collabing part, collabing with other artists was the best part about it.

Jehkai: No I stay in Vegas, but I’m finna move. I was trying to be close to home, but also ducked off.

Jehkai: Hell no, that s### is hot out there. I be in the house playing the game. I don’t even go outside, I don’t do nothing. I just be in the crib.

AllHipHop: What can we expect from your mixtape, Pain Preacher?

AllHipHop: Why are you the Pain Preacher?

Jehkai: I’m preaching for the streets, they feel me. You can relate, she can relate, he can relate, we all can relate. Everybody’s been through s###, nobody’s perfect. I’m here to preach it for y’all.

AllHipHop: How many songs you got on there?

AllHipHop: I know you got Lil Durk on the project, how’d that happen?

AllHipHop: He set that play up?

AllHipHop: What does it mean to work with Durk? He’s the leader of this s###.

Jehkai: That s### big for the streets. He made that street s### possible for the radio, that melody s###. He’s really the first one who busted the door down so doing that s### with Durk, everybody in the hood keeps saying “just bring him to Compton!” They’re ready to treat him like Jesus Christ. Shout out Durk for sure no cap, that s###’s big for the city.

AllHipHop: Is he coming to Compton for the video?

Jehkai: We gon’ see what happens.

Jehkai: I for sure want to go Platinum. At least my first project, I want it to go Gold, but Platinum is what I really want. This year, I want at least 2 platinum plaques. They’re not gonna know I’m starting. I want to be proud of each album, I know I’m starting something.

AllHipHop: You have high expectations for yourself?

Jehkai: Yeah you’ve got to. That’s the only thing that’s going to make it is hard work. The expectations: if you can meet the expectations, you can do whatever. Everybody told me I wouldn’t be nothing. People you would’ve never thought would tell you that, [fake laughs] for sure. I done heard it, so my expectations for myself are high. I feel like I’ve got a point to prove to them, to myself, to everybody.

Jehkai: Thank you for having me for sure, really touched up on a lot of things. Pain Preacher coming soon, for sure go get that. Documentary coming soon, I Am Jekhai documentary.

AllHipHop: What are we going to get in the documentary?

Jehkai: We finna go to the hood, barbeque and all that today. We finna do some s###, we finna bring the hood out. Got interviews on there: my dad, my mom, stuff like that. Coming soon. 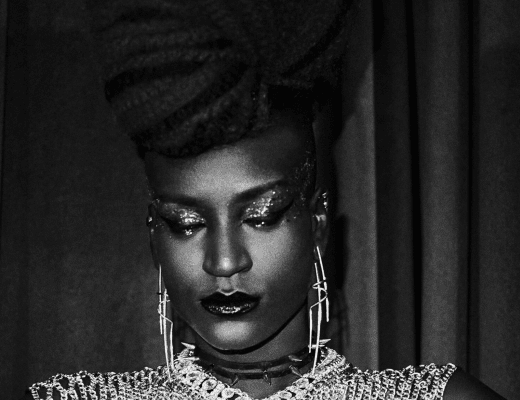 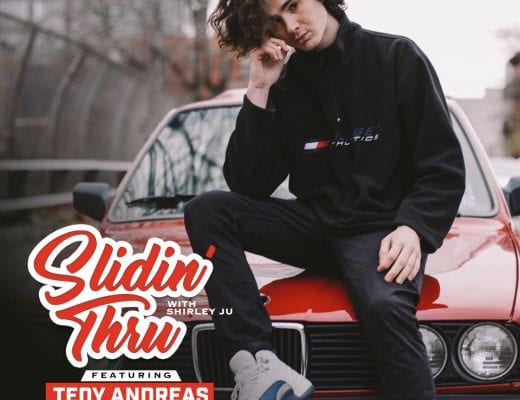