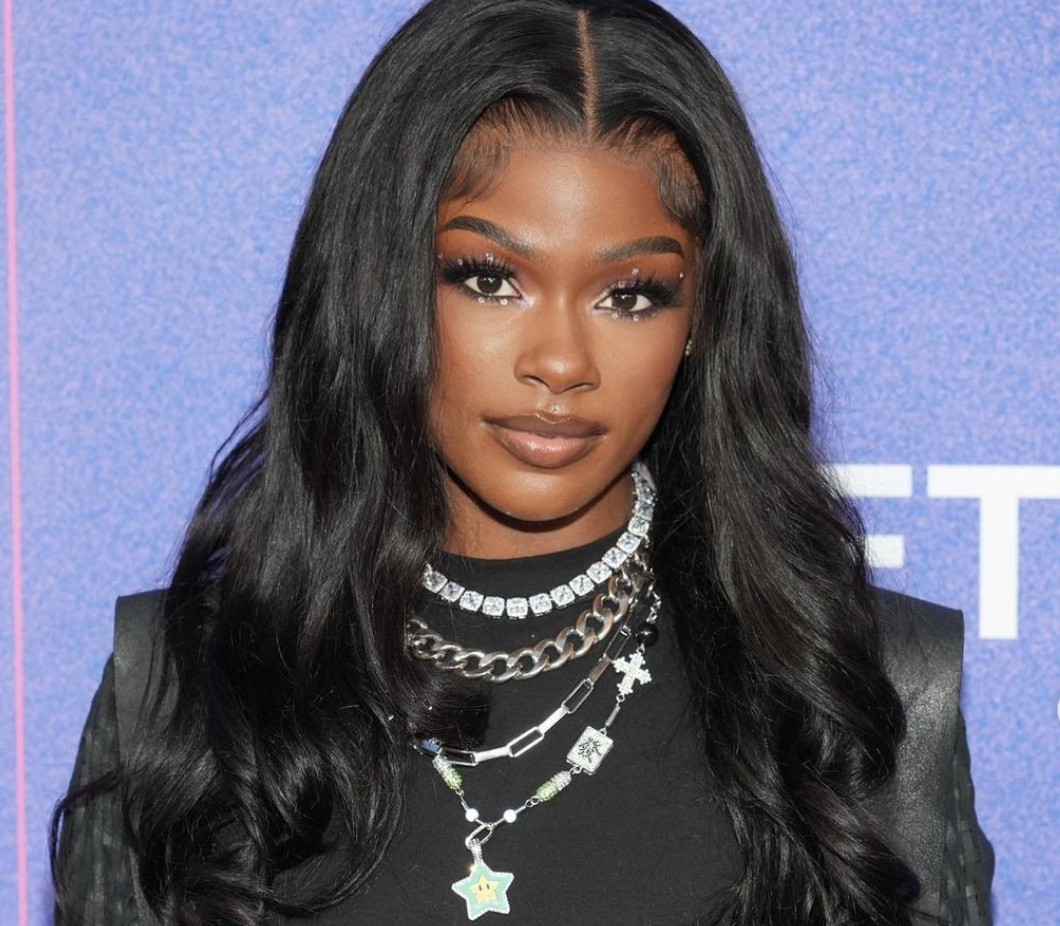 Omeretta The Great broke the internet with her latest song “Sorry Not Sorry,” calling out everybody who claims they’re from Atlanta when they’re really not. Born and raised in the Zone 3 district of ATL, the rising emcee does not play when it comes to her hometown — and now the world can finally understand her perspective.

Boasting 1.6 million followers on Instagram alone, Omeretta has been rapping since the young age of 12, releasing her first-ever song on Facebook at 13 years old. Since then, she’s been blessing her fans with nothing but bangers, freestyling and dropping bars all while speaking her truth. Referring to her supporters as “Omafia Gang,” Omeretta took two years off from music recently but is clearly back with a vengeance now.

On the heels of her viral moment, Omeretta enlisted none other than Latto for the “Sorry Not Sorry” remix. The collaborative effort arrived right after Latto weighed in on the controversy, admitting that her hometown of Clayton County is in fact “not Atlanta.” “It’s not a big deal lol,” Latto wrote. “ClayCo is the south, we not the city. She said the truth tbh.”

While the song seems to be taking off at exponential speed, Omeretta reminds us that her highly anticipated debut album is on its way, featuring production from multi-platinum producer Mike WiLL Made-It.

In our Women’s History Month exclusive, Omeretta The Great discusses the women who inspire her, what prompted “Sorry Not Sorry,” outsiders claiming the city of Atlanta, Latto hopping on the remix to her song, and much more!

What does Women’s History Month mean to you?

I’m now getting in tune with the whole women’s thing — just because I grew up around girls that act like boys (laughs). For real, so me finally being around more women and finally getting into it … like how we went to the Billboard Women in Music awards. We went there last night and just being around — I’d never been to a concert before. Seeing that in person makes me feel a different type of way inside because it’s me paying attention to women, and I never really have.

Who are some women that have inspired you?

Rihanna. I love Rihanna. I love her a lot. I like Rico Nasty, she inspires me a lot. I really like Billie Eilish, too, because she’s in her own lane. She’s dope, and she doesn’t care. I like people who don’t care … people who are unapologetically them.

How did it feel to have “Sorry Not Sorry” go viral?

What prompted the conversation of what is and isn’t considered Atlanta?

People lying and saying that they’re from Atlanta. You’ll ask somebody, ‘Where you from?’ They say, ‘Atlanta.’ You ask, ‘What part?’ They say ‘Lithonia.’ But it’s not Atlanta — that’s Lithonia. That happens so much. Everybody from Atlanta got a problem with that because we’re really from there for real, and we go through a lot there. When somebody that’s from the outskirts and the suburbs are claiming some stuff, come on now, you know you ain’t from the city because the city’s small and everybody knows everybody. We know who’s from Atlanta and who’s not, and Lithonia is not Atlanta (laughs).

How did you feel having Latto and T.I. weigh in on the controversy?

That was fire because on Tip’s behalf, he’s a real OG in the game. He’s real respected so when Tip comes in and says, ‘Okay, Omeretta right,’ everybody might say, ‘Okay, well she might be right.’ Then you got Latto that’s from ClayCo. She’s coming in from somewhere that I said is not Atlanta. You got her coming in and saying, ‘Well, she not lying.’ Everybody’s like, ‘She must be telling the truth because everybody’s backing her up!’

What do you have to say to the critics who say you didn’t film your video in Atlanta?

Yeah, they need something to pick at. I could’ve shot the video out here, and it really doesn’t matter because I’m a real Atlanta native. The people that’s actually from Atlanta get the reason why I shot the video there — it’s the Braves stadium. Everybody knows where the Braves stadium used to be at … right in Zone 3. But, they moved it so I had to follow where the new Braves stadium is at. It’s only people from the outskirts because they mad, they need something to talk about. ‘Well, you didn’t even shoot it in Atlanta!’ It don’t matter (laughs).

How did it feel having the song play at the Balmain fashion show in Paris?

That was fire, and it was even more fire because of who sent it to me. This girl, she’s in fashion. Her name’s Aleali May. I look up to her for the fashion stuff. She be at all the fashion shows, every last one of them, especially all the big ones. She sent it to me like, ‘They’re playing your song in Paris!’ Bro, that was lit! That was real fire.

Talk about doing your part to pave the way for young women emcees.

I feel like I’ve been doing a good job of that. That’s another one of the reasons why I took the route that I took — just so a lot of girls that’s like me, that’s different, they can have somebody to look up to and not feel like they gotta be overly sexual and provacative to make it in the game. That’s what people will tell you all the time: ‘Sex sells! Sex sells!’ I’m trying to pave the way so that girls like me don’t feel like they have to do all of that if that’s not them. They can still be themselves and be successful.

What women rappers would you like to collaborate with?

Right now, Doja Cat is at the top of my list.

Do you write or freestyle?

What did it mean to get Latto on the remix? That’s two powerhouse women right there!

It feels dope. When she sent the record back, I knew it was going to be epic because she put her foot in that. She gave her all on the track. I think that’s real dope. It’s fire that people can see two female artists get on a track and just spaz. Not just baby bops, real bars and flows. We really spitting. That’s hard.

How do you plan on continuing to be a role model for young women?

Just by being myself. By not letting people tell me who I am and what I should be doing and continuing to stay 10 toes down on everything I say. Continue to be a role model and not switch up because I got this or I got that. Just continue to be authentically me.

Talk about prison reform and why that’s important to you.

I know a lot of people that’s in prison right now. I know a lot of the times they’ll call home and talk about how bad it is in there. A lot of people think just because somebody did something in jail, that they deserve to be treated like animals but I don’t feel like that. Even though you may have made some mistakes, you did what you did — but if you’re not a rapist, a child molestor or something like that, you should still be treated like a human. They treat them so bad in there.

Y’all can expect a project soon. I’ma have some dope features on there. I’ma be working with some dope producers, and a lot of dope visuals. That’s always my No. 1 thing. I love music videos for real — and a tour, expect a tour. Expect to see more Omeretta everywhere. 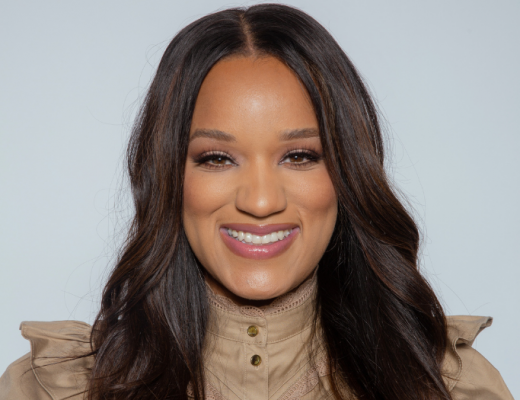 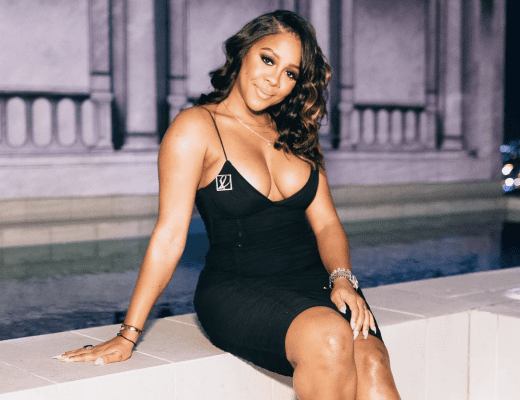 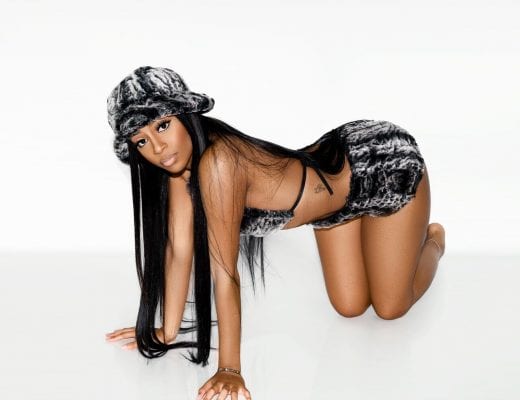