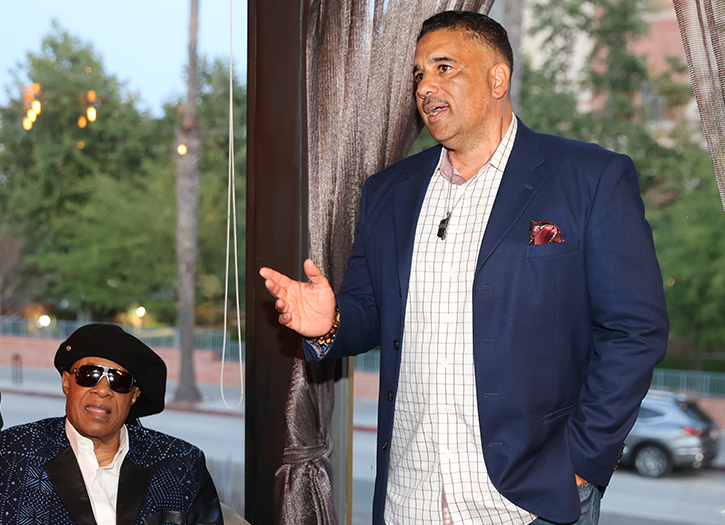 It’s not everyday you see Stevie Wonder step outside, but when he does, it’s always for a great cause. On a beautiful Sunday in Los Angeles, the godfather of rhythm and blues, pop, soul, gospel, funk, and jazz joined Eric Strong, candidate for Los Angeles County Sheriff Department, for a small intimate gathering in an elegant private room at Le Conde in Santa Monica. His mantra? BE STRONG, VOTE STRONG.

Born and raised in Los Angeles, Strong began his career in public safety in 1993, before following in his father’s footsteps as an officer for the Compton Police Department. He also served in the United States Marine Corps, rising as a community leader and mentor with one goal in mind: improving his surrounding communities. To date, he’s worked with various youth programs writing grants, providing leadership, and creating character development curriculums. Eric is a founding board member of Police Against Racism, which strives to dismantle systemic racism in policing. He’s a graduate of the FBI National Academy at Quantico and has received awards for his handling of some of the department’s most infamous internal affairs investigations. Today, he’s worked a vase variety of commands with experience in over several bureaus.

While attending the private event, Stevie Wonder shared some beautiful words about how he first came across Eric Strong. He even compares meeting Strong to when he first met Barack Obama.

Wonder states, “Again, it’s about bringing people together. It’s about, we the people, all of us, having leadership that wants to see everyone win, but the bad people get what they deserve. It’s not about those people versus us, it’s about us coming together to actually get a person who can lead. This city, a place where we together are working to making this a better city, and influencing us to have a better estate. Influencing us to have a better country. We must become a united people of this country. We have to do that.”

“But it’s only through leadership that is committed, committed to making it better and bringing us together for the good of us,” he continued. “For the safety of us. I truly believe that it’s possible. It’s possible with us all being committed to seeing it happen.  Not next year, not 2 years from now or 4 years now, not saying ‘them versus us’. But saying ‘us for the good of our city’, It’s not about the religion you have, but the relationship you have with the most high. It’s about your commitment to being a family, because it takes a village. Let us be a village and let us elect the man, Eric Strong, who can make that difference.”

Strong’s mission as LA County Sheriff is to rid of the Department of Deputy gangs, all while bridging the gap between public safety and law enforcement. What sets him apart is his professional experience, and his personal experience as a victim of crime. His own family members have been incarcerated and killed by law enforcement, and he’s here to lead Los Angeles to do better. 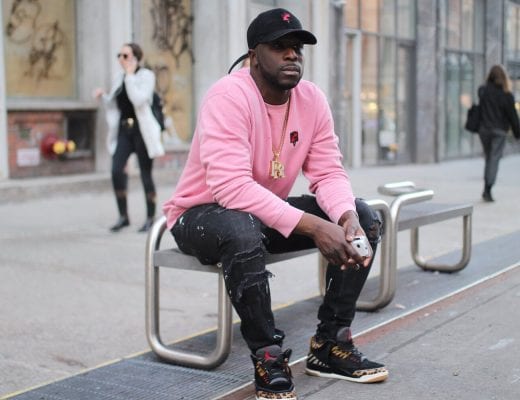 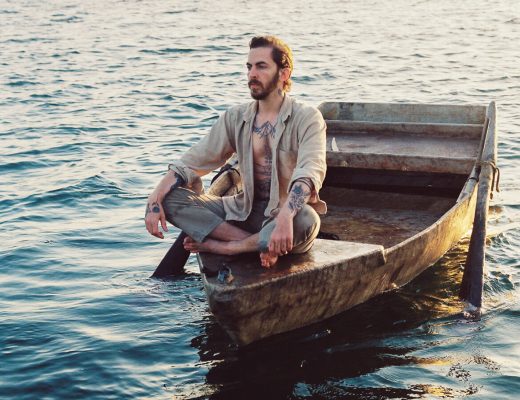 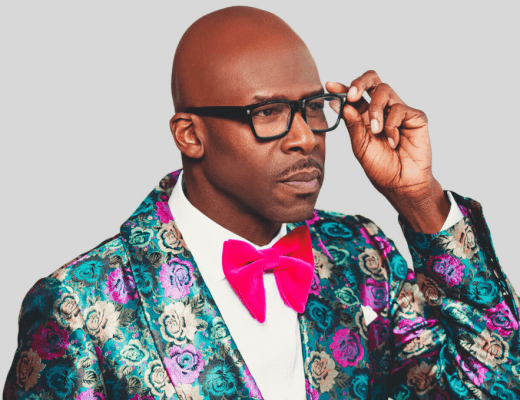