Sonny Digital is here to prove he can rap just as well as he can produce. Born Sonny Uwaezuoke in Michigan and growing up in Atlanta, Sonny has been making hit records for over a decade.

Consistently spending the majority of his days in the studio perfecting his craft. To date, Sonny is responsible for producing 2 Chainz’ “Birthday Song,” iLoveMakonnen’s “Tuesday,” 21 Savage’s “Red Opps,” Travis Scott’s “CAN’T SAY,” Don Toliver’s “After Party,” and many more.

As you see in the Kanye West documentary on Netflix, it’s not always the easiest thing to convince your peers, fans, and label that someone play more than one role. Especially when you’re best known for your fire beats — in Kanye’s case, producing “Izzo (H.O.V.A.)” and many more hits for Jay Z — it’s hard for people to take you seriously as an MC when all they expect is for you to be good at production.

Now, Sonny is ready to switch his focus to his artistry, making his mark with his newest release “GUESS WHAT” featuring SSGKOBE. The track serves as the lead single from his forthcoming album titled Mr. Digital, which he explains to be his alter ego.

AllHipHop caught up with Sonny Digital via Zoom, who was at the crib briefly to change clothes before heading to the studio.

AllHipHop: How often are you in the studio versus not?

Sonny Digital: I’m in studio every day. I just bought another studio last week. I’m in there all the time. Even when I’m not working, I’m always doing something to fix it up.

AllHipHop: How far apart are they from each other?

Sonny Digital: The new studio is 5 minutes away. Super super close. One of them is ready, but I’d like to do fix up the decor and change up a couple of things. I came up on the new studio by luck and didn’t miss the opportunity.

AllHipHop: When you were first starting out, did you always want to rap or was it only producing?

Sonny Digital: When I first started out, I felt like rapping was the easiest thing to get off. When I started making music, it was easier to rap but to actually record something, you needed a computer. To actually make beats, you needed a program or some type of hardware. All that stuff was unobtainable at first. That’s how I started rapping. I could sit there and rap. I could make a beat with my mouth.

AllHipHop: When did you first record yourself?

Sonny Digital: My first time that I remember recording myself was in the 6th grade. This program we used to use was Cool Edit Pro.

AllHipHop: When did you recently decide to switch your focus to the rapping?

AllHipHop: The Kanye West documentary touches on Ye not being respected as a rapper, he was known to be a producer. Did you relate?

Sonny Digital: To be honest, I haven’t even watched all 3 episodes. Reason being is that I’ve always been tuned in with Kanye since College Dropout, so I already knew what the series was going to be about. He’d been rapping about all this stuff early on in his career. The cool part about the whole thing was that it got to be viewed on a bigger scale, by more people. They got to see the challenges and see how much people can doubt you.

Sonny Digital: He’s only 18! That’s my little youngin’ right there. He and his little gang be at my studio everyday, literally when they’re in Atlanta. Working like 24 hours non stop. They are all my little bros.

AllHipHop: How did y’all connect originally?

Sonny Digital: KOBE hit me up a minute ago online but we didn’t connect immediately. It wasn’t until my guy Orlando Wharton at the label hit me up about dropping a single. He said “man you should try to reach out to the young guys,” and suggested KOBE. I had remembered the name. I told KOBE I was going to work with eventually. When I hit him up he was still in high school and I didn’t really know how that worked. I decided to wait until he got of school and he could move around.

We hadn’t talked in a second but when I tapped in it worked out. He came and pulled up on me in the studio and we’ve been kicking it ever since.

AllHipHop: How was that studio session for “GUESS WHAT”?

Sonny Digital: I was at the studio and my buddy sent me some beats. I liked it and just recorded it. I did the verse and hook. After that, I sat on it for a minute. I had circled back around to it and put a second verse on it. That’s when I said “Ima put it out, but I wanted to put somebody on it.” That’s how I came up with KOBE being on it. I felt like that was a good one to come out with. It was fun. It was something to connect with the youns guys too.

AllHipHop: Do you prefer to rap on other people’s beats, not your own?

Sonny Digital: Yes, I definitely do prefer to rap on other people’s beats. Only time I rap on one of my beats or do something that’s pertaining to me is if I feel like I’m missing something. It needs some vocals and stuff. Other than that, I know I’m a producer too. Everything ain’t for me that I make, that’s not even my main objective. Sometimes I like to split both jobs up: be a producer when it’s time to be a producer and be an artist when it’s time to be an artist. I don’t do the cliche thing either where people rap on their own beats. Ain’t nothing wrong with that, it’s just cliche. AllHipHop: How was it shooting the music video for “GUESS WHAT”? What was the best memory?

Sonny Digital: I came up with the treatment, it was cool to see the whole thing come to life. I literally had wrote it down on a piece of paper on how I wanted the video to be. Seeing the whole thing in person was my favorite thing. The whole video is super simple, but it’s a good concept. KOBE pulled up, it was no stress.

AllHipHop: What can we expect from your new project, Mr. Digital? Dropping May 17th!

Sonny Digital: I’m not real big on features. Because I’m doing another project, a production project. That’s when I’m going to call in all the big, major artists. I like not getting overshadowed. [laughs] As far as features go, I got the homies on there too. The next one that I really rock with is my boy CEO Trayle. That’s one of my good homies, I’ve been on him for 10 years.

Sonny Digital: Way before “OK Cool.” I’ve been knowing him for 10 years. Metro introduced me to him a long time ago. Iit was crazy how I met him. Ended up getting shot, but he good though today.

AllHipHop: You see these artists come up, I’m sure you’re proud.

Sonny Digital: Hell yeah! Every time I see them, I remind him “bro, you really came through.” I had already been trying to f### with him from a while back, but after he got shot I think I slowed down. Seeing it full circle, coming through and everything happening for him, that feels good. It always feels good to see a real n*gga win. He’s been solid though, seeing Trayle breakthrough was a good one. He’s super cool, one of the homes. That’s another reason why I wanted to put him on the tape.

AllHipHop: Is this Mr. Digital an alter ego?

Sonny Digital: It might be an alter ego, I like the alter ego thing. Some people call me Mr. Digital and some people call me Sonny. They call me whatever they want. I like that because there’s so many different things I can do, so I could place that alter ego onto whatever it is I’m doing over there. If I’m rapping, I can be Mr. Digital. If I’m producing, I can be Sonny Digital. I like being able to do different things, especially under different names. That’s easier for people to digest.

Sonny Digital: Mr. Digital is that rapper, he’s the person that wants to rap. Sonny Digital is straight the producer. Sonny, he’s just a regular guy. I got a lot of different alter egos and nicknames I might pull out later, it depends how I feel.

Sonny Digital: Need some marijuana. I love candy, not gonna lie. Fruity candy, like Mamba’s and Starburts. It’s these specific pack of gummies I like, I forgot the name but they come in a white pack. It’s a round, red logo, they the best gummies on earth. Third thing, I like the blue Gatorade. I like it super cold.

Sonny Digital: I got a lot of goals, but my main goal is to really successfully show this creativity. Just show what I can do over the next couple years. That’s my main goal, I really want to push at whole ‘you don’t only have to do one thing’ narrative. Not just for me, but for the next coming generations. I’m trying to break down them little barriers and be comfortable. That’s really it, to be honest. 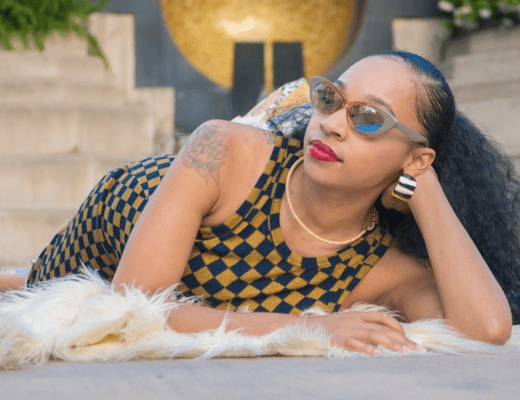