It’s Not a Moment, It’s a Movement #FreeMichelleWest 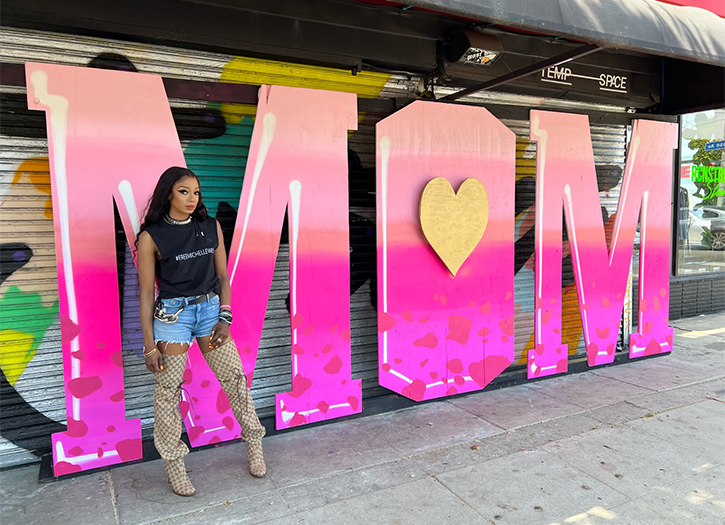 Celebrity stylist Miquelle West looked up her name recently, finding the definition of “angel of war and justice” — which couldn’t be more on point as she continues to fight for her mother’s freedom. The #FreeMichelleWest petition was created to raise awareness and help free Michelle West, who was sentenced to a life sentence for her first and only offense.

Additionally, the movement sheds light on prison reform in America and how biased the system truly can be. The petition reads, “My mom’s federal life sentence was mandatory back in the 90s. But if she were convicted of the same thing and sentenced today, a life sentence would NOT be mandatory, and a judge would get to decide what is fair. The judge who sentenced her even remarked that his hands were tied. Unfortunately, that change in the law did not apply to old cases.”

Soon, Michelle West will be in her 30th year in prison. And still, Miquelle has nothing but praise for her mother, who essentially raised her from the confines of prison. Miquelle’s love for fashion was kicked into high gear as she moved to New York City, thanks to her mother’s belief in her.

There, she would meet Patricia Field, a renowned costume designer for Sex and the City, where she interned for free for 5 years. Moving to Los Angeles, Miquelle’s first job was serving as an in-house stylist for Diddy’s network REVOLT TV. She states, “At each step in my career, my mother has advised me and encouraged me. I would not be where I am today without her persistence, constant emails, phone calls, letters, and insight.”

How did you get started in styling some of our favorite artists and celebrities?

My career as a stylist began working as an intern with my mentor Patricia Field costume designer for Sex And The City. I interned with her for 5 years working for free. I learned every aspect of the styling business. My goal as an intern was to become a stylist not a personal shopper. I have always had an eye for beauty and luxury. That’s my forte.

How has your mother influenced your success today?

When I was in fashion design school my goal was to become a fashion designer. My mother suggested that I launch my career as a stylist to get my name out to the world so I wouldn’t be an unknown fashion designer. My career as a stylist has been so rewarding and has given me the ability to work with amazing people. My mother pushes me to go after whatever I want in life.  She quotes DJ Khaled. They don’t want to see you win so you have to win every way imaginable. One of her favorite lines.

What does it mean to have this art installation for #FreeMichelleWest on Mother’s Day?

For me, it means a lot because I haven’t been able to do anything for my mom physically for 29 years. She’s been serving that life sentence. I wanted to basically create a situation where we’re honoring my mom, but we honor all moms. It’s not even just physically moms that birth children, because I was raised by my aunt who never had any kids of her own, but she nurtured me and raised me as if I was hers. I wanted to acknowledge everyone because everyone has a different mothering situation.

Talk about teaming up with graffiti artist HUFR.

This brand, the story, everything is very streetwear. He gives graffiti, that’s part of the streets. I was introduced to him by Manny. I couldn’t have some sculpture, it would be something that represented the street. That’s why I even wanted to be on Melrose or in the Fairfax area, because it goes and it tells a story.

What needs to happen? How can we get your mom out?

Watch the documentary on Revolt TV. I need people to read about my mom’s story and ask President Biden, how long is long enough? I think the more people learn about my mom’s case, about how she had no criminal past before this, about how her life sentence was MANDATORY in the 90s but would not be mandatory today – it exposes things about our system that need to change. But we haven’t changed them yet. And for 30 years, my mom has done amazing things from prison, showing she is deserves a second chance. It’s time now for her to be given one. My mom has a new lawyer, and she’s submitting the application to Biden’s Pardon Attorney. I need everyone to sign my change.org petition, ask me for a postcard, and do whatever you can to call upon President Biden to commute my mom’s life sentence.

Does she know all the cool stuff you’re doing? You’ve been styling all these great clients.

She’s happy. She feels like she’s here physically. She’s like “I can’t wait to see pictures, I know it’s going to be cool.” My mom, she’s excited. She’s excited that I’ve been able to be successful and tie fashion into freedom. I don’t think people know that they collide, so I’ve been trying to show that for sure.

He’s a legend. I like that he was able to start from where he started, and finally he was able to get the respect that he deserved in the fashion community. Because he is a luxury streetwear innovator, and I’m glad that he finally got recognized for that. Did so much wonderful things with Gucci, you know he’s got the Gap campaign. I want to be like a Dapper Dan.

Any artists that you want to style or work with?

How has fashion evolved since you first started?

It’s constantly evolving. It’s always changing. I feel like initially, men weren’t really into fashion. Now it feels that men are more into streetwear and fashion, even more so than the women. They need options just as much. People everywhere are wanting to do luxury. They like cool items, elevated items, and streetwear combined. You see the Gucci, but then we do it with a vintage Levi.

It’s constantly evolving, and it’s going to even go even further for sure. My prediction: I’m not going to say I’m always right, but I’m right a lot of times. But I project that clothes are going to be gender fluid in the future. We’re not going to have a men’s Department and a Women’s department. It’s going to be “come in here and whatever you want to purchase, you purchase.

Clothes will be gender fluid. It’s all said and done for sure. Because just like when I said “what t-shirt you want?” You said “I want the extra large.”

Exactly, that’s street wear. That’s where we’re going. Why do we have to say “well the extra large belongs in the Men’s shop?” It belongs in both shops.

Where can people get the #FreeMichelleWest shirts?

They can reach out to me on my Instagram for now. And the link to sign is on the petition. But if they hit me up, I check all my DMs and I’ll send it out to them personally. I’m very hands-on with this project. I have people that assist me in the stylist world, but in terms of this, I’m carrying it.

I want to thank you for letting me shine my light in your magazine and interview. My mom loves hip hop. Fashion is what has saved me, and it’s been an outlet. I want any kid that’s ever been through what I’ve been through,  I want them to understand that that’s not the end of the road. It’s just the beginning of an experience.

In the future, I want to start my own organization. Things need to change. Kids with incarcerated parents, I feel like those are my parents. My mom is strong, resilient. It’s a bigger purpose. I don’t know why God chose me, but it’s who he chose. 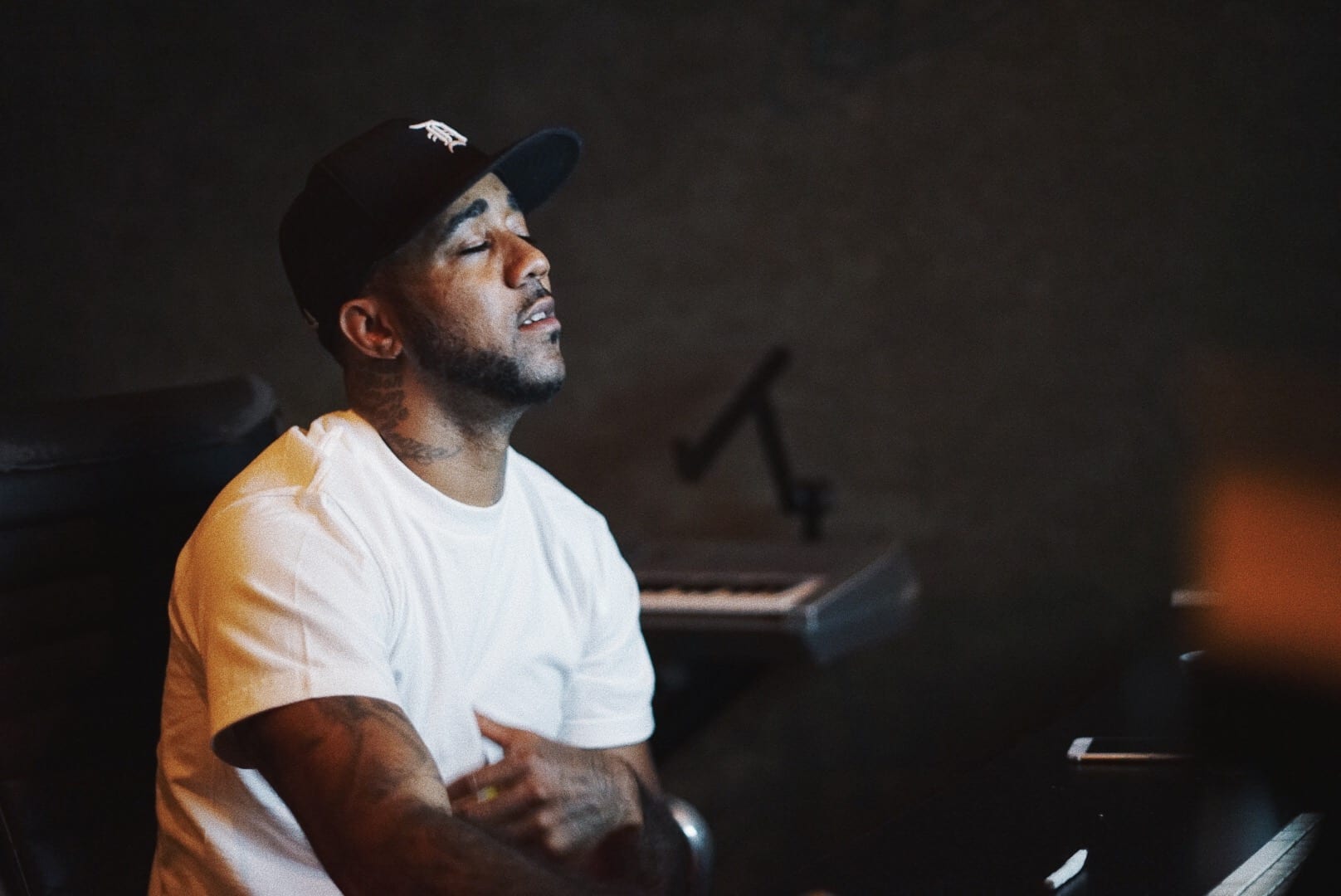 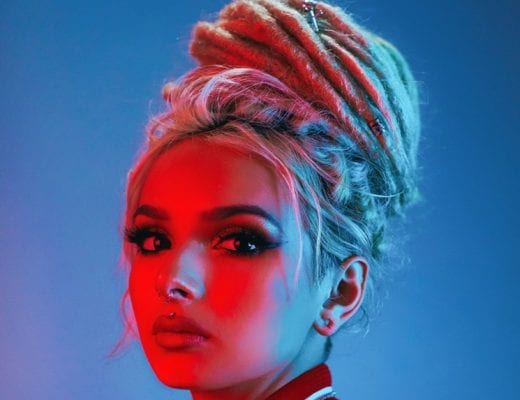 Zhavia Strides Out of The Four