Marqus Clae is the definition of a spitter, someone who’s meticulous with their bars and takes lyricism very seriously.

Born and raised in Houston, Texas, the rising star creates from a vulnerable place, equipped with an innate knack for storytelling and punchlines. And while he was inspired directly by the greats growing up, from Jay-Z to Nas to Michael Jackson, Marqus Clae learned how to record from his mother — who was also a dedicated rapper.

In describing himself, Marqus states he’s a “young, hungry artist from Houston, that’s looking to take the s### over. Take the music world over, just young and hungry.”

Professionally recording his first song at the young age of 7, Marque Clae quickly found solace in how music allowed him to express himself. Soon, Marqus would sign to Master P’s No Limit Forever imprint, dropping tape after tape while building his fanbase organically.

After parting ways in 2018, it was late 2020 when Marqus would sign to Def Jam, proving hard work and talent speak for themselves.

Now, Marqus is excited as ever to ready his forthcoming project titled Mecca, arriving tentatively on September 9th.

AllHipHop spoke with Marqus Clae in his hometown of Houston. Read below as we discuss his roots in Houston, touring with Lupe Fiasco, his name, how he landed at No Limit, the new single “Baby Spanish,” signing to Def Jam off Instagram, and his forthcoming project “Mecca,” and more!

AllHipHop: Being from Houston, how does that play into your life or career?

Marqus Clay: We have a dope culture. We have original culture, it’s not like any other place. It plays in perfect. Because just me explaining and conveying my heart, coming from where I’m from, the way I do it, it’ll make people want to learn more about the city — if they already don’t know much about it. It plays a dope part within what I’m doing.

AllHipHop: Were you influenced by the chopped and screwed at all?

Marqus Clay: I grew up on it, for sure. But I was more influenced by Scarface, Devin The Dude, Z-Ro, those guys. But I definitely love our sound, fasho. Where I’m born and raised in.

AllHipHop: At what point did you realize that you could do it for a living?

Marqus Clay: Man, I always wanted to be a musician since I was 4 years old. But when I was 10, that’s when I really wanted to start taking it serious. That’s right before I went on a road with Lupe. When I did that whole thing, it was like okay, I want to do this s### for real now.

AllHipHop: Lupe Fiasco is a legend. How’d you guys meet?

Marqus Clay: Through my DJ. My DJ and producer was his DJ, so he called me in a favor. He said “man, I got this young kid from Houston. He dope, I want you to f### with him.” And Lupe came in as a big brother, gave me the game. That’s where I learned a lot of what I know and practice now within my music, from Lupe. That s### happened, it was word of mouth really. It was that easy.

AllHipHop: Because that’s a real spitter!

Marqus Clay: Absolutely! Nah fasho, definitely one of the greatest of all time. He’s one of my biggest inspirations as well, so I appreciate him for what he did for me fasho.

AllHipHop: What did you learn from going on the road with him?

Marqus Clay: Performance. I learned the importance of performance, stage presence, gratitude. Being grateful for opportunities, and just game. I learned a lot of game from staying focused, being humble and never taking nothing for granted.

Marqus Clay: My name was Young Marqus at first. My birth name is Marqus, so I switched it around to Marqus Clae. Clae as an acronym, it’s Creates Legacy All day, Every day. That’s basically what it means.

AllHipHop: What happened with No Limit? How did you end up there?

Marqus Clay: Actually, I met P in the airport. I was coming from LA, going back to Houston and I walked up on them. I was 16 at the time. I said “man, I’m a young n*gga from the city. Check my s### out.” I wasn’t even expecting to work with him, I just wanted him to know who I was. He heard my music and he f##### with it. He flew me out 2 weeks later, that’s how we got started with that. It was that easy. P a good dude, fasho.

AllHipHop: You just released “Baby Spanish,” what inspired that record?

Marqus Clay: Storytelling. One of the things that pulled me into hip-hop music was the stories, just how you could see what somebody is rapping within your own eyes by them just spitting it. You can see everything that they’re saying. That was the influence of that, because I wanted to make a dope story. Tell that story.

AllHipHop: You have your new album Mecca is coming in September. Why’d you call it Mecca?

Marqus Clay: I called it Mecca because it was basically hip-hop through my eyes, just how I see it. See the state of it being right now and how I want to change it. You can expect some dope music man. I’m trying to be that fourth head on the Mount Rushmore of this new s###, so definitely dope music.

AllHipHop: Do you have any features on Mecca?

AllHipHop: What is it you want them to get from your story?

Marqus Clay: To get inspired man, let them know anything is possible. Don’t give up. I don’t care what the critics and naysayers say, just keep pushing. Through all aspects of life, in every situation. Get inspired from this s###.

Marqus Clay: Water, water, water. [laughs] Pretty much. All I need in the studio is water man, fasho.

AllHipHop: There’s nothing else you need?

Marqus Clay: Nah, not really. As long as we got a water and a runner, to go to certain places I need. Other than that, that’s it. I’m a pretty easy working type of guy, I don’t need all that extra s###.

AllHipHop: How’d you end up signing to Def Jam?

Marqus Clay: Instagram. Senior Vice President, Tuo Clark, he’s the one who signed me. I was freestyling in my car and doing little drops, he seen it. He said “yo playboy, I’m interested.” I’m thinking this some bot s###, I’m like “who the f### is this? This can’t be the SVP of Def Jam.” He hit me and said “nah, this is all facts bruh. I’m interested in signing you.” So I sent him my number, we chopped it up for 30 minutes. He was in Houston 2 weeks later. We was talking about paperwork a month later, so it was that easy.

AllHipHop: How does it feel to be signed?

Marqus Clay: It’s exciting. It’s dope to be able to have a platform to showcase your skills and talent, so I’m super excited. I’m ready for the future. It’s only the beginning.

AllHipHop: What are those conversations with Jeezy?

Marqus Clay: Man! Jeezy was f###### with the music. He’s one of the people I grew up listening to as well. It meant a lot for him to pull up and just put his ear on the new s###. Just give me insight and motivation, telling me to keep going. That was dope, fasho. I f##### with that.

AllHipHop: What do you like to do when you’re not working?

AllHipHop: Did you get to lock in with Snoop Dogg too?

Marqus Clay: Yeah, I met Snoop last year. OG in this, super OG. That meant a lot to me. I grew up on his s### man, it’s a blessing to be able to meet these guys you look up to. And they know who you are, so that was dope.

AllHipHop: You gotta call in that Unc feature!

Marqus Clay: Man, my project Mecca dropping soon. That’s all I’m focused on, we’re gearing up to drop it. I can’t wait for y’all to hear it. Ready for the world to hear that s###. The date we got now is September 9th, so that’s what we got locked in.

AllHipHop: Are you dropping any singles or visuals before then?

Marqus Clay: We got some s### cooking up for this month and next month. This joint is for promo purposes, it’s called “Festival.” I’m filming this freestyle called “Festival,” it’s a minute and 30 seconds. I’m putting that out just for the fans.

AllHipHop: What is something that fans may not know about you?

AllHipHop: Any goals for yourself as an artist at this point in your career?

Marqus Clay: Absolutely, be better than I was yesterday. Try to not necessarily outdo my last project, but always try to stay on that same motivational path to be better than I was. Definitely platinum records, timeless albums, lead movie roles.., I see all that in the future, nut having a substantial career. Not just a short lived career, something that’s long-term.

AllHipHop: What would you say sets you apart from other spitters?

Marqus Clay: Man, I really really got something to say. And it’s versatile, I can switch it up and do all things. I got a bag. When I reach in that m###########, ain’t no telling what will come out.

Marqus Clay: Mecca coming soon. Tap in on all socials: @marqusclae on everything. Stay tuned for the Mecca. 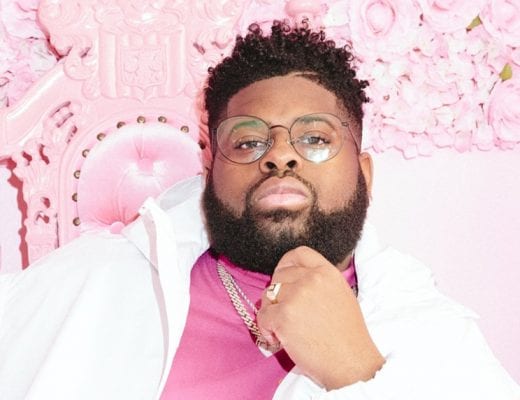 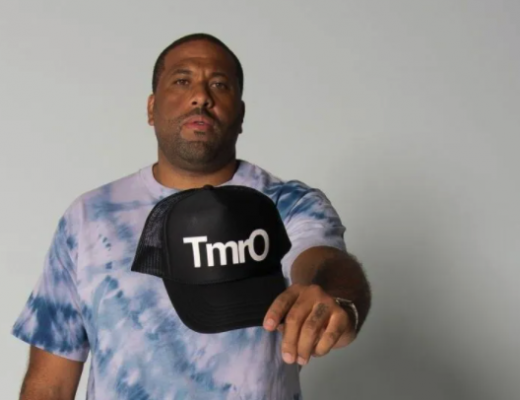 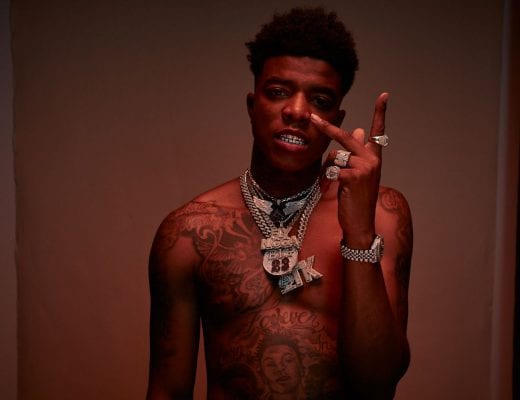