Producer ATL Jacob On Getting His Start: “Future Started Me Out At $10K A Beat” 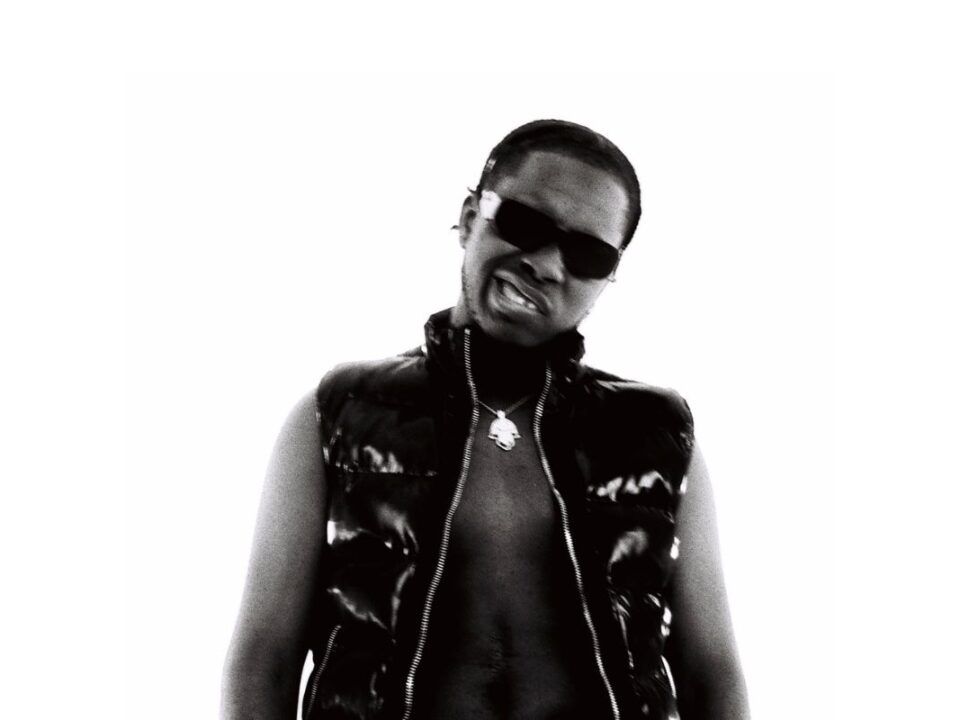 When you hear this producer tag, you automatically know this song is about to be a smash hit. Born and raised in Atlanta, Georgia, a place that molded him into the all-star creative he is today, real name Jacob Canady has proved himself to be one of the most highly-sought after producers in the game.

And that’s not just because Future gave him a shot when he was just 14 years old. ATL Jacob worked on six songs from Future’s seventh solo studio album, THE WIZRD, but nothing is more sentimental than the studio session for “Nowhere,” as seen on the Superfly soundtrack. In fact, fans are patiently waiting for the dynamic duo to release a whole project together — something that surprisingly, has yet to be done.

The two-time Grammy nominated producer and recording artist is also the genius behind Kodak Black’s “Super Gremlin,” Future’s “Wait For U,” and Kanye West’s “PABLO.”

AllHipHop spoke with ATL Jacob, who was posted in his new crib in Atlanta. Read below as we discuss how he got his start, Future starting him at $10K a beat, why “Nowhere” is his favorite track, wanting to make timeless music, working with Kanye West, how “Super Gremlins” with Kodak Black came to be, Kevin Gates calling him, and more!

ATL Jacob: I just stay out the way, keep it moving.

AllHipHop: First of all, congratulations on everything. You’ve been doing your thing for a minute.

AllHipHop: How long you been grinding?

AllHipHop: How do you feel this young, with so many plaques?

ATL Jacob: I need more. I think I have almost 30. That ain’t the exact number, but I know it’s up there.

AllHipHop: You got room in your crib to hang all them plaques?

ATL Jacob: Yeah, this a big house. One of them.

AllHipHop: Is there one that means the most to you?

ATL Jacob: I mean, Future my brother. So whatever I get with him, that always means the most. From him seeing me literally come from nothing nothing, to us going Platinum together and getting a #1 together, that means a lot.

AllHipHop: Do you have a favorite Future song you’ve done then?

ATL Jacob: Yeah, it’s called “Nowhere.” He performed it on Jimmy Kimmel. What’s crazy, we did that song when I was in high school, but it ended up coming out once I graduated. It’s from the Superfly soundtrack, that’s one of my favorites.

AllHipHop: How did you tap with Future in high school?

AllHipHop: You remember the first beat you sold? How much was it for?

ATL Jacob: You know, Future started me out at $10K a beat. Even back then, no placements. I was getting $10K a beat, because he just knew. He knew what was going on… working.

AllHipHop: What made you want to produce?

AllHipHop: I actually interviewed Southside, he sold his first beat for $750 and now they’re 6 figures. Was that your price from the jump?

ATL Jacob: Nah, I wasn’t even selling beats. I was just having fun, I won’t even think about the money from it. I’m like “man, I wanna get this s### heard. These beats so hard, I wanna get them heard.” Once we started dropping, it was just going.

AllHipHop: Someone said “Nowhere” is the best Future song.

ATL Jacob: Man, “Nowhere” is so slept-on. The song’s so beautiful. It’s crazy, I just remember the exact night we made it. I was making the beat and Future walked in on me like “that’s hard.” The beat wasn’t even done, that’s the crazy part. He said “man, load it up.” That’s why it’s so spacious and empty, because I had literally just started making the beat.

You know before, producers were still using loops at that time. To this day, I’m still not a big fan of loops. I’ll still use them if I have to, but I laid all that from scratch. I had just started making the beat, wasn’t even done and Future’s like “load it up.” I loaded the beat up instantly.

AllHipHop: I was bumping “WAIT FOR U,” I think it’s everyone’s favorite song.

ATL Jacob: I’ve been focused on timeless music. As in timeless, just new waves of music that nobody on, but still familiar to the ear.

AllHipHop: It was your idea to cut the Tems vocals, right?

ATL Jacob: Yeah, I put that in there. Man, just listening to the song all the time for real. I’m like “I gotta sample it,” and I did. I got so many songs, so many beats like that already ready.

AllHipHop: What’s another song that you interpolated?

ATL Jacob: I can’t say it, because then everybody else is gonna do it. Me and Moneybagg got a crazy song, but I ain’t going to say what it is. Because after I literally say the sample, everybody gon’ do it. But just know, the song is so crazy.

ATL Jacob: Yeah, that my boy.

AllHipHop: How long does it take for you to make a beat?

ATL Jacob: It’s not about just the beat these days. I can make a beat in 5 minutes, it’s just production in total. Sometimes producing a song can take a week. Sometimes it can take one night. Sometimes it could take an hour, depending on the vibe that you want for. But to me, a song’s never done so. It’s timeless. Like the music.

AllHipHop: I say that all the time: we need more timeless music. People be putting out whatever nowadays.

ATL Jacob: Yeah, it’s so much drill music and that type of music. Everybody gotta switch on the block man. Everybody shooting, everybody robbing. Rap about something new now. That’s why I appreciate certain artists. I appreciate Lil Baby. I appreciate Travis Scott. I appreciate Future. I appreciate Young Thug because they so versatile. Except for Travis Scott, they’re all from Atlanta. Even 21 Savage, his content’s so crazy. Even though he do talk about what he talks about, the way he puts it together is amazing.

AllHipHop: Have you done music with 21 Savage?

AllHipHop: Someone said we need a Future x ATL Jacob album. Did that happen yet or no?

ATL Jacob: It didn’t happen yet, nah. Close enough on the last album though.

AllHipHop: “Super Gremlin” is one of my favorite Kodak songs. How did you guys tap in?

ATL Jacob: Man, that night was crazy. I was in Miami. I was just making beats all day at the studio for real. No, I had a couple of artists come through, then I called Kodak. A couple of nights before that, we were cooking up. Probably 8 hours went by, I’m getting ready to leave the studio. I left, two minutes down the street. They called me like “hey, I’m on the way.” [laughs] So I turned around, at this time it’s 5 or 6 in the morning. I turned around and went back to the room like nothing happened. Like I didn’t even leave.

AllHipHop: And then what happened?

AllHipHop: Were you tired?

ATL Jacob: Nah, you can never be tired. Maybe exhausted, but not tired.

ATL Jacob: He actually called me. He called me and said, “man I just talked to Kodak, he said it’s cool if I do it. But you know, I had to call the producer.” He was on some “man, let me see if it’s cool with you to do it.” I’m like, n*gga everybody doing a remix! He’s like “man I know, but I had to call you personally and let you know I’m rapping on the beat.”

AllHipHop: Did you guys have a relationship before that?

AllHipHop: What was your reaction when you heard his verses? Talking about Rubi Rose and Beyonce…

AllHipHop: How was it working with Kanye?

AllHipHop: Signing your artist deal and now rapping, do you feel like Kanye? Because he came from producing and he established himself as a rapper.

ATL Jacob: It’s crazy because how everybody was sleeping on him when he’s showing them the songs, that’s how I feel. You get overlooked as the producer. Because I recently put out a song, Big30 put out a song featuring me and I’m rapping. It’s called “Uh Huh,” it’s crazy.

I don’t know, I feel like some stuff gets shadowed because you didn’t produce them. It’s like you got something to prove to people now. I don’t really get caught up in it because as long as I’m doing what I love, that’s all that really matters.

AllHipHop: I hear you. Did you learn anything from Kanye?

ATL Jacob: We just had conversations and regular stuff. I wouldn’t say learned, but more was influenced.

AllHipHop: You must be one of the youngest people in those rooms.

ATL Jacob: I’m always the youngest. I’ve been like that since I was 18. I was 18 around Taylor Swift. [laughs] That was a long time ago, it was a Taylor Swift and Future session. They have a song called “End Game.” It was a minute ago.

AllHipHop: My homegirl is the biggest Taylor Swift fan, I swear.

ATL Jacob: Hey, her security was different. They were sniffing the doors, they were checking everything. I’m like damn, she got secret service. I ain’t seen nothing like it, I thought Obama was in there. 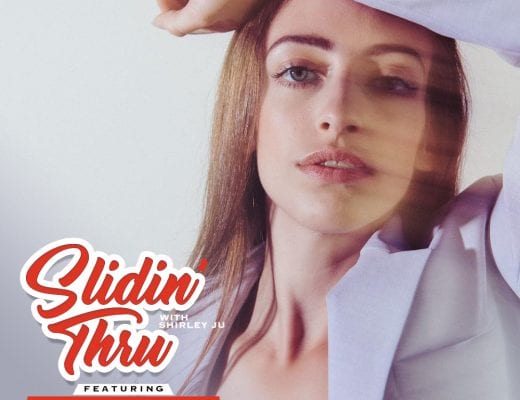 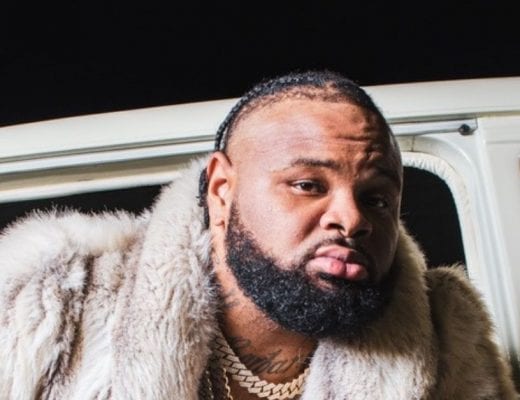 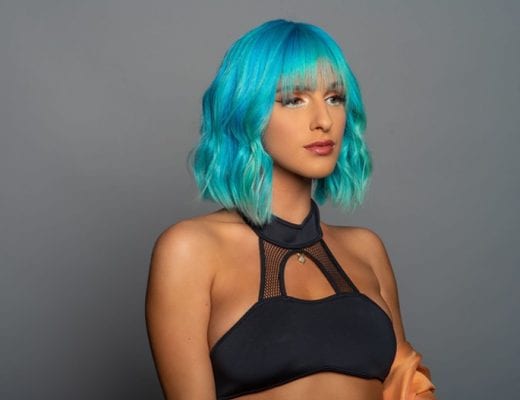