Korporate: The Definition Of An Entertainer, Following In The Footsteps Of Childish Gambino 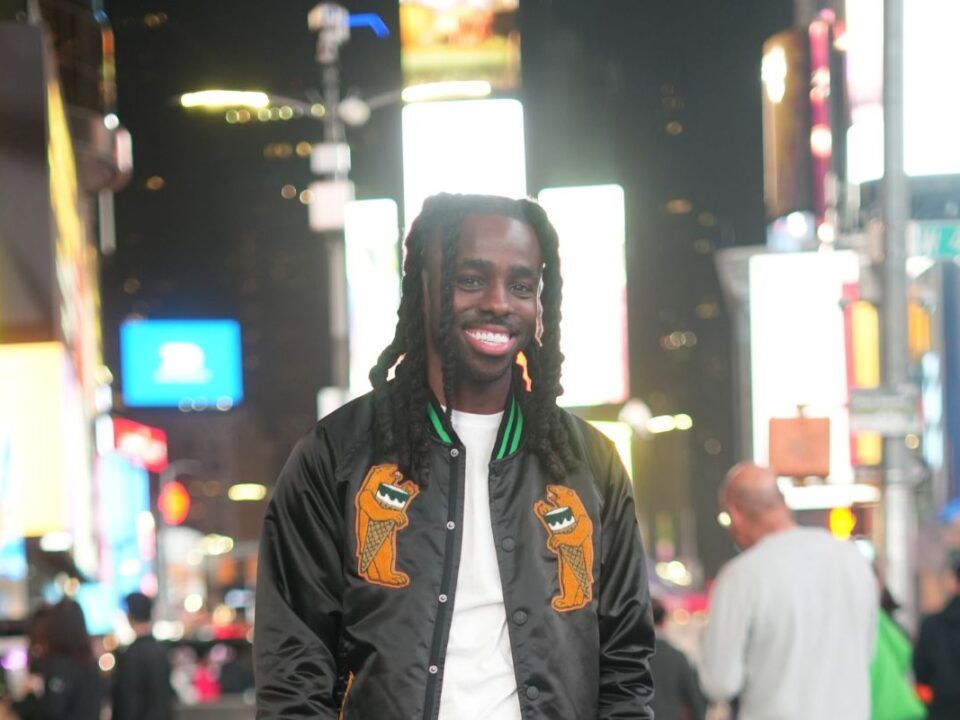 Korporate is the definition of an entertainer, someone who can make you laugh effortlessly. But while people may know him for his comedic skits and hilarious content, he’s here to prove his talents as a musician are equally as great.

In describing himself, the Chicago native states he’s “been an artist for quite some time.” He explains, “At some point in my career, I had to figure out how I was going to bring more traffic to my music, so I started producing content. The content took off way harder than I would’ve ever imagined. Now, here I am.”

Currently boasting 1.4 million followers on Instagram and 2.11 million subscribers on Youtube, Korporate carries one hell of an online presence and following. And when it comes to his biggest inspiration, he lists Kanye as the main reason he started rapping.

Most recently, Korporate unveiled his newest single and visual for “Whoop Yo S###,” paving the way for his highly-anticipated new album to arrive at the top of 2023.

AllHipHop spoke with Korporate, whose current mindset is “working as hard as he can.” Read below as we discuss his first viral moment, roots in Chicago, favorite artists, “Whoop Yo S###,” support from his daughters, forthcoming album, and more!

AllHipHop: What was your first video to go viral?

Korporate: The first video is of me and my oldest daughter, a real simple video. She was in the backseat, I got in the car. I told her to put her seatbelt on. She asked me “why?” I said “so you could be safe, now strap up.” She said “well you don’t strap up,” I said “yes I do.” She said “how was I born then?” Real simple script, that s### went stupid viral. The next viral moment I had that I was able to maintain some consistency with was #Chicago NiggazBeLike Part 1.

AllHipHop: Is that just making fun of Chicago people?

Korporate: On God. It was a video concept that I came up with to put a light on just how different we speak, our mindset, so on and so forth. Over the period of time from January 6th 2016, which is when I dropped that video till now, the evolution has been amazing. That’s been the result of research, hours and hours on YouTube, just having that desire for me to expand and enhance the brand.

AllHipHop: Chicago is home to so many legends. How was it growing up there for you?

Korporate: I’m not only a Chicago influencer or an influencer that produces Chicago content, but I’m legit a fan of Chicago. I grew up on different sides of Chicago. My elementary school years was on the west side. At some point, my mama got a job and moved us to Country Club Hills for a second. Life got down on us, we ended up back in the land. We moved to the 100s. I ended up graduating from Corliss. I stayed in the pocket, I stayed in the ward. Majority of my time was over east. Even as far as Chicago productions, it’s not too much difficulty because I really know the land. I still be in the midst, it’s me to the bone. All I have to do is be myself and people appreciate it for sure.

AllHipHop: Before your funny content took off, were you making serious rap?

Korporate: Yes. It started my junior year in high school with spoken word, then it evolved into rap around 2006. I’ve always been a real lyrical person, but I’ve always had a sense of humor. That really assisted me with the content, as well as my ability to rap. Because the script of everything I say in those videos is really a reflection of my way to put words together.

AllHipHop: Kanye West inspired you to start rapping. Is he still your favorite?

Korporate: Aside from his personal, real life decisions, he’s still my favorite artist of all time. That can’t really be changed. He really had too much of an influence on me growing up, in the aspect of his music career. I’m listening to local rappers the most nowadays. I have a significant appreciation for Jay Z, J. Cole, Kendrick Lamar, Big Sean, Drake, as far as the lyrical s###. As far as what I have on repeat, Lil Zay, Herb, King Sampson, Fat Money (Ty Money), Durk. A lot of the people that’s on the come up in the city, I have them on my Serato. As far as the greats, I have an appreciation for them as well.

AllHipHop: “Whoop Yo S###” out now, who or what inspired this one?

Korporate: I wanted to touch on different things in this debut album. This is definitely the first single off of my debut album. I be feeling different type of ways. One of the most successful aspects of all of my content, whether it’s raps or video productions is the relatability. “Whoop Yo S###,” when it’s that it’s that. I know a lot of people can relate to that s###. I wanted to paint that picture and give that Chicago feel. Shout out to the Three Piece sample. Shout out to Reese G, he definitely cleared that sample so blessings to him. I wanted to bring that vibe where muthafuckas are having fun. Chillin’ s###, “Whoop Yo S###”!

AllHipHop: That’s showcased the R&B side of you, were you trying to make one for the ladies?

AllHipHop: What do your daughters think of the music? I’m sure they support.

Korporate: #1 fan. All of them. Brazil Marie my oldest baby, even before my two youngest came about, she knew my raps word for word. They go around: “daddy, could you play that song again?” It’s quite a few joints on my album they have on replay, so they definitely appreciate daddy’s craft both ways.

Korporate: For sure, and that’s why I had to make an edited version “Chick Back.” [laughs] For my little ones.

Korporate: With me being so deep in the entertainment content, a lot of people have deduced that I’m a comedian and that’s what I do. With the album, I’m making it clear that I’m a true artist. When people come up to me and they say “man, you’re funny as hell,” that’s cool. It’s bittersweet because that’s not what I came in the game for, but it put me in the position to be able to present a body of work that I’ll have a nice amount of people to take to. The album is really a statement of letting people that okay, he’s a true artist. I’m really looking to get a respect similar to Childish Gambino, in regards to when he’s presenting film, it’s understood. When he’s presenting music, it’s understood.

Korporate: No. I don’t see a point in smoking or drinking unless I’m put up in a little situation, and that’s what she wants to do before I “Whoop Her S###”! Go stream “Whoop Yo S###.” In that case: what J. Cole say? “I don’t usually smoke, but I’ll smoke with you.” It’ll be that, but other than that I do not partake.

AllHipHop: What’re you excited for next?

Korporate: I’m excited for the next single. I’m extremely excited for the project itself. It’s really a symbol of everything coming full circle. I started out with the content so that I could get people to get in tune with the music, and they’ll finally be really getting in tune. When I say me and D. Brooks, we’ve been putting in hours and hours and hours. This project is so important to me. Even at the listening session, I know I’m a do the ugly cry for sure. I’m very sure about that, this means that much to me.

AllHipHop: Secret sauce or advice for people wanting to do YouTube? It’s been tough!

Korporate: It’s definitely an incredible science associated with YouTube. Youtube is not an easy platform to conquer. You definitely have to be aware of the algorithm. I’d definitely encourage people to study the community guidelines back and forth. Over the course of the years, I’ve learned how to finesse what I want to be shown in the videos. For example, there’s been times in the video where people have been murdered. There’s a way to accomplish that without getting flagged. Even if you shoot someone, you can shoot them but if you do a muzzle flash and it’s in public, they flag it.

If you want to do some s### for it to be understood, where the gun will be out of the frame and screen light up, that won’t get flagged. Don’t show the person on the ground. Or if people are dancing. You can show people dancing on each other, but you can’t have their pelvics touching where you can see it in the frame. That came from trial and error. I did a skit with a shorty dancing on me. But because you could see the bottoms area touching, it was flagged. If you have It where y’all dancing below the frame and it’s below the frame, it’s waist up, that’s cool. It takes a lot of trial and error.

Korporate: I want to get as high on the totem pole as possible. I have a lot to offer. Even once I get to the point where I’m able to go bar for bar with the greats, I could definitely be a problem. I just want to be regarded as a legend in that realm. 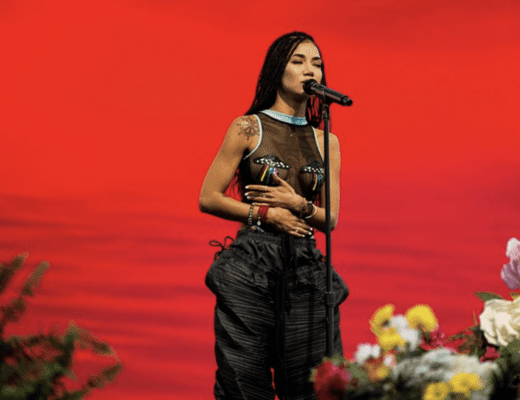 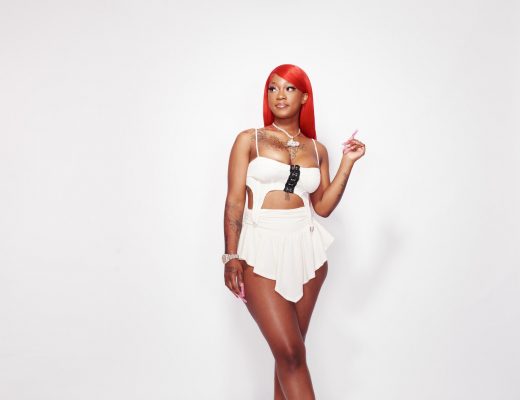 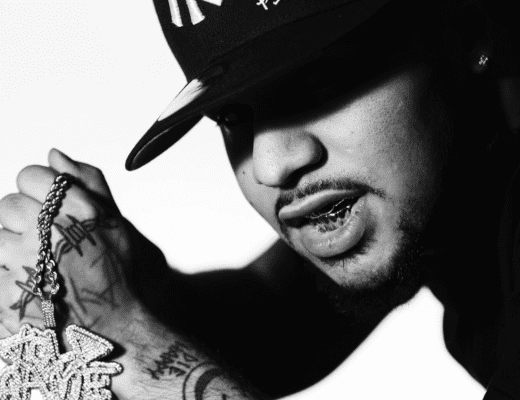