1SRAEL Had No Idea Drake & Future Were On “Wait For U” 1SRAEL is having the second-best year of his life, thanks to the success of Future and Drake’s “Wait For U.” The song has since gone double Platinum, been nominated for 3 Grammys (Best Rap Song, Best Rap Album, and Best Melodic Rap Performance, debuted at #1 on the Billboard Hot 100, and of course, taken over radio airwaves all over the world.

When asked what the first best year was, he answers, “the year I was born.”

Born in Nigeria, but relocating to both Dallas and Maryland before finding his footing in Los Angeles, real name Israel Fowobaje prides himself in his ability to cross genres and create timeless music.

In describing himself, 1SRAEL states he’s “a multifaceted not only artist, musician, instrumentalist, but entrepreneur. I also run a label and production company by the name of Agency 301. Other than me making music, I like to develop artists and build everything around creatives. Shoot videos, I started off as a tour photographer.”

1SRAEL was the guy that you saw on every tour, shooting shows for the likes of Chief Keef and Rae Sremmurd. From there, that blossomed into 1SRAEL putting himself into a creative community where he realized he could help a lot of people.

He explains, “I started to realize what was missing and if you can provide that, why not?”

AllHipHop spoke with 1SRAEL, who was settling into his new place in Atlanta. Read below as we discuss his roots, how he ended up on “Wait For U,” not knowing Future and Drake were on the record, being an executive, and more!

AllHipHop: You’re from Nigeria, how does that play into your life and career?

1SRAEL: I’m Nigerian born, but I’m from Maryland by way of Dallas. Before LA, I was in Dallas. It’s a funny situation. I was born in Nigeria, moved to Houston, then moved to Maryland. It was cool. Marland plays a huge part in who I am. Dallas was cool. Dallas was where I found myself musically, what I wanted to do and who I was. LA is where everything started blossoming.

1SRAEL: Honestly, mistakes. To be real with you, I don’t think I ever looked at anybody like okay, I’m influenced by them. I’d probably say mistakes ? in my head, figuring out what I liked to do. Because everybody around me was never doing what I was doing at that time. Actually, I lied. Someone I looked at as a mentor of mine: his name is Tunji, which is now CEO of Def Jam. Tunji was somebody I really grew up watching. To connect with him 4 years ago, helped me and taught me a few . We’re here now.

AllHipHop: I feel like Tunji helped so many people.

1SRAEL: Man! I could go down that rabbit hole forever.

AllHipHop: Was there a certain point you realized you could do music for a living?

1SRAEL: I was always hard-headed. Even when I had no money to my name, I found a way to make it work. Dropped out of college a year and a half into college and said I have no choice. I used to play at churches for a little money every week, it used to pay my rent. I used to help develop artists, produce all their music, but also develop it where I could get my little royalty checks. It was enough to live, until I was homeless for 8 months living in my car. Making a hundred Gmail’s to go shower at LA Fitness, forreal. It’s been an interesting journey for sure.

AllHipHop: Were you working somewhere?

1SRAEL: I’m not going to lie, the last job I had was Guitar Center. That was 2016. I would rather bump my head and figure out something for myself than go work there again. It worked out.

1SRAEL: 1SRAEL is my real name. It’s my first name, I just substituted the ‘I’ for the 1. I felt like I was number 1, and it just looked sexy to be real. It looked really sexy.

AllHipHop: Let’s get into “Wait For U”, how’d you get tapped in with all that?

1SRAEL: Man, where do we even start? At the time, shout out to Tems and her whole team. Shout out to Kayla, shout out Sonic. I was doing work with Tems. I played on Genius live session. Shout out to Tejiri as well because he played a part in the original composition, but during the Genius live, I switched it up and made it my own as far as the bass goes. Which that Genius live audio is what FNZ chopped up. ATL Jacob threw drums on it and made it wavy. Everything melodically was Tejiri, Sonic Major & I. Everything on the drum side was ATL Jacob. I’m really thankful for how that went together.

AllHipHop: How did you originally link with Tems?

1SRAEL: So through my cousin Mannywellz, I originally met her. My cousin said “yo bro, pull up to my video shoot.” Because him and Tems shot the “Peace” video. I was kicking it, took some BTS photos. I met the whole team and we vibed. From there, my homie Sonic was telling me he was doing a situation with Kayla and Tems. I just came in on the situation and before you knew it, that was the Genius live session.

AllHipHop: Did you know it would become what it was?

1SRAEL: Honestly, we didn’t even know what it was for. Since I already met them, I just pulled up. Oh cool, y’all want me to pull up and do my thing? Alright, I’ll pull up. We didn’t know what it was for, we just shot It. Before we know it, a month or a few months later it dropped.

1SRAEL: My favorite memories from that day was being in the backyard, shooting hoops and crushing everybody. Other than that, it was a pretty straight to the point thing. We only did 3 takes. We didn’t really think much of it. Oh this is dope, we did good. Went home, it was a normal day. To see how everything blossomed into this, is mind-blowing honestly.

AllHipHop: Talk about the moment you found out it was with Future and Drake.

1SRAEL: Funny story, shout out Epic. Shout out Future and Drake, that whole team. It was actually an accident on the business where it came out before me and Sonic even knew. We did what we had to do on the business and legal side. We fixed the mess up, everybody got credited and paid out. We’re here now.

The funny part is I was in a group chat with my friends. They said “Future’s project just dropped!” At the time, I was more listening to my own music, trying to create my own album. I didn’t listen to it. Two weeks went by, they kept saying “yo, this is the best song on the project.” I kept on seeing “Wait For U” with Tems. Oh that’s cool, I didn’t listen to it.

AllHipHop: Why didn’t you listen to it?!

1SRAEL: I was so busy doing what I was doing with my life. Before you know it, you know how you can send the Apple Music link in the group chat and it has the play button? I pressed it. When I tell you it took half a second for me to realize oh my God! Are you serious? I reached out to Tems’ team, we got it all situated. It didn’t even hit me at the moment. I’m like oh, this is fire. It probably hit me 4 months later.

AllHipHop: When you got the Grammy nomination?

1SRAEL: Nah, a little bit before that. Everywhere I’d go, I’d hear it on the radio. I’d go to a restaurant, I’d hear it at the restaurant. The Grammy nomination put the icing on top.

AllHipHop: Did you ever think you would have a double Platinum record?

1SRAEL: For sure, either way. Whether it was “Wait For U” or the other ones that are about to come out. That’s not even a question. I’m a firm believer in grace and I have a lot of grace. It’s not a matter of if, it’s a when thing.

AllHipHop: What were you doing before “Wait For U”?

1SRAEL: I was doing a lot behind-the-scenes work. My focus at a time was a few artists that I was developing. Tunji came in and said “yo, can I work with you on this artist?” I was more of an executive to be real,. I would just so happen to produce for the artists as well. “Wait For U” was the point where okay, now I’m forced to be a producer. F### it, let me do this for a little bit. Now, we’re finding a middle ground between the two.

AllHipHop: Talk about Working with Bleu?

1SRAEL: Working with Bleu was fire. Shout out Sony, we were in London at the new Sony studio. I was there with my A&R, then Happie (Sony Music Pub A&R) brought Bleu in. It was Bleu and Imani. I personally feel like that record is a special record. Now, let’s clean it up and get it out to the masses. It’s a very serious record, but you know how that goes.

AllHipHop: I saw you post” 2nd best year of my life.” What’s your first best year?

1SRAEL: The year I was born. I couldn’t do it if I wasn’t born. Right now, we’re still writing the story. I love “Wait For U” and it’s a very pivotal point in my life and career, but soon it’ll be another moment, because there are several more moments coming. Very thankful for it.

1SRAEL: I can’t really speak on specific records just yet, but I have some heavy records in the works. I just signed an artist by the name of CASCASH. She’s based in Atlanta, she’s the reason I moved here for a year. Getting her project together. I promise you, give it about 6-8 months: you’ll see her everywhere. You’ll remember we had this conversation.

1SRAEL: Man, where do I start? I hate to be cliché, but just do that s###. I don’t care if you’re broke, have a dime to your name, just do it. As far as what’s coming next, I have a project I’m putting together. I have a few features that I’m not ready to release just yet. It’s looking like end of second quarter, but I’m excited.

Be on the lookout. CASCASH is the future. My project and the record we have coming out. Agency 301 is my production company, we do label services. Honestly, I plan on transitioning to that. I’ll do my few years and do my run as a producer, but the goal is to ultimately build that brand. A powerhouse, and everyone comes in to help trampoline a few people into where they need to be. 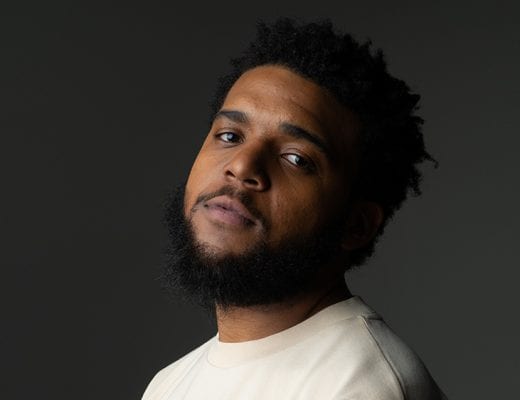 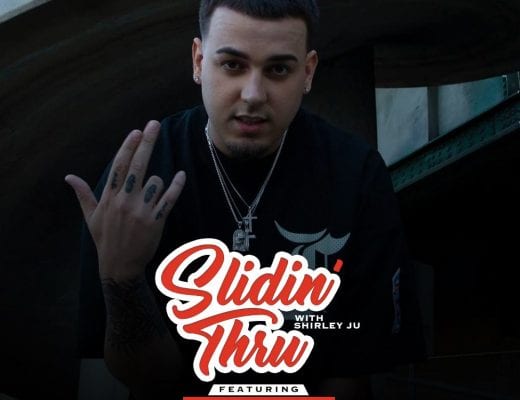