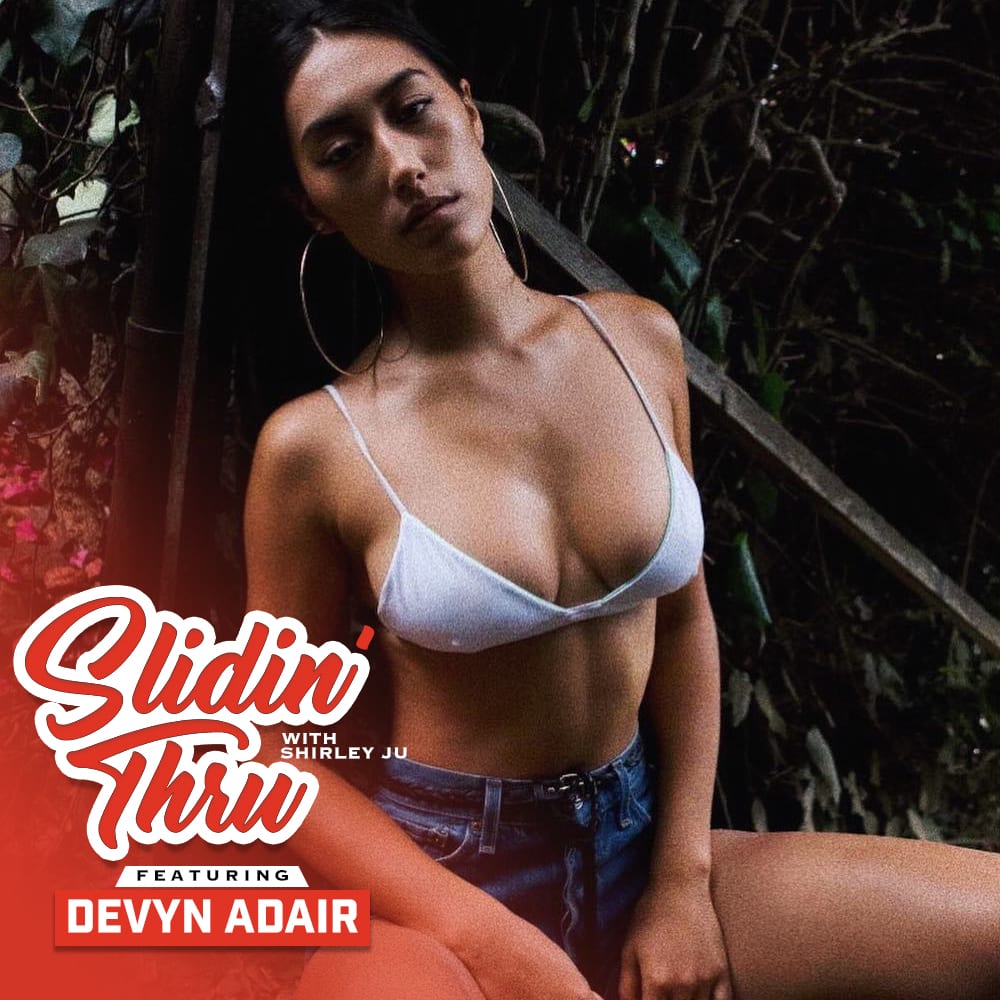 Devyn Adair is much more than just a pretty face. Having created a name for herself as a model, the 22-year-old is ready to step into the limelight as a recording artist. Currently dating 49ers linebacker Cassius Marsh, the Washington native calls the Bay Area her new home, describing their place in Campbell as the “perfect environment to write.” Read more…

With the release of her latest visual for “Maybe” featuring AD, the half-Korean, half-white beauty flexes her ability to not only sing, but bring her art to life. Her sound is a direct product of all her influences, a hybrid of pop, hip-hop, R&B, rock, and soul. Coming off the heels of her Filters EP and already prepping for her next release, Devyn Adair is eager for what’s to come.

For those who don’t know, who is Devyn Adair?
I am a female that loves the arts, loves to do what I do. Ever since I was little, I was singing, drawing, dancing, putting on a show in my bed. My parents would ask me to put on a show for Mulan, because they would ask me to sing that song from the movie. [chuckles] I grew up in Puyallup, a small town in Washington. My dad was in the military so we bounced around a lot. I was just kind of me my whole life.

What do you call home then, you were born in Merced right?
I was born in Merced, I was there for a hot minute. Then we went to Korea, then Florida, then Washington. I would say home will always be Puyallup. Whenever I go there, my family is there. It feels good to back there once in awhile.

Where do you live now?
I live in LA/Bay area right now. I just moved there, so I’m learning everything. I’m from the Bay! What part?
I am in San Jose. I’m loving all the Asian food there. I feel like I’m back in Korea. [laughs] My man plays ball for the 49ers, so we had to move there. He’s from LA, so that’s why we go back and forth a lot. Off-season, we’re here. During the season, we’re there.

Where do you fit in the realm of hip-hop and R&B?
I would say contemporary R&B. I’m still learning and trying to find my sound, but I’ve always been drawn to hip-hop and R&B my whole life. I love everything though. I listen to everything. I used to be a little emo girl, I loved screamo, rock, and all that. I still love that. I just love soulful music that really touches you. I really looked up to Alicia Keys, Aaliyah, Mariah Carey, and Rihanna. I listen to her religiously.

How important is it to come to LA as an up and coming artist?
I think it’s so important because there is so much here. That’s what people don’t understand. They say, “Oh, you can do it anywhere.” Like no. The people you meet here and the opportunities you have here are endless. It’s a small world, but also a big world in LA. It’s really important.

Talk about modeling and your transition to music.
It was hard because people always just saw me as a model, like a pretty face. I drew, I wrote poems, I would always sing. I write my own music, so it was hard to transition from that. But I just stopped giving a fuck and just started being me, honestly. Prioritizing, that’s very important. At what point did you realize it was for real?
When I met this man right here. [points to PJ, her manager] I was like “hey.” I sang him a song, and was like “what can I do?” He kind of guided me. I’m still learning. I’m pretty new so I am still learning the tricks and the trade of it. I think that all became real when he started telling me what I had to do and what needs to be done. After my EP, I’m like, “Okay. I think I have a better vision.”

At what point did you know you wanted to sing?
Oh gosh, when I was 5. I’m from Puyallup. Music isn’t huge over there. I never knew how to get into it. Ever since I was little. I was always writing songs, singing for my parents, little things here and there. I used to be really scared to sing, but I actually went to Korea to train. That changed it up for me. I was 19. My vocals got way better. The view of it became different.

Why did you choose to go to Korea to sing?
My mom. She was like, “I think it would be really important for you, I think it would be a good experience.” And it was. I learned a lot, but their music industry is a little different. [laughs]

What has been the most difficult part?
The hardest part is getting in my head, honestly. Sometimes you just get in your head as an artist. You have doubts, you get worried, like “What’s gonna happen?” or “Am I gonna make it?” That’s been hard, but lately, I’ve been feeling really confident. Really just like, “You know what, I’m just gonna go for it.”

What’s been the best part?
Making the music, meeting the people I meet, the energy, the vibes, the writing, the experience. Because everything I write comes from experience.

Talk about linking with AD on “Maybe.” What was the dynamic in the studio?
He’s so dope. His sound was so good on that. I was like “he’s perfect.” He’s just a sweetheart. It was a great experience. The music video just came out and he’s in it. I really appreciate him coming through for that. He’s great.

You recently released your Filters EP. What is it you want fans to get from your story?
I want them to just understand me. I really want them to listen to “Maybe.” Each song is a different filter basically, and I wrote 5 songs out of the 7. It’s my first project, so it’s like my little baby. [laughs] I’m already working on my next song. I’m ready for the next thing.

What is your take on the music industry?
It’s interesting, but I love it. It’s hard. I feel like it’s the hardest time to be an artist, and the best time to be an artist. Just ‘cause with how much exposure and what you can do from social media is a benefit, but it’s also another job you have to think about it. It’s not as easy as it was back then.

PJ: It’s saturated.
Definitely saturated. It’s hard, but I’m willing to do it. What’s it like dating an NFL player? (Cassius Marsh)
I don’t know, he’s just a normal man. He’s my baby. He’s my person. The lifestyle is a lot different. It’s a lot faster but I’m kind of used to it. I’ve always been “go go go.” It’s definitely teamwork.

How’d you guys meet?
We met in Seattle at a ratchet club. He was dragged out, I was dragged out. We both didn’t want to be there. We both saw each other and we were like “oh, okay. That’s why.”

How important is social media for your career?
Nowadays, it’s so important. You have to think about what you’re gonna post, how you’re gonna post it. You gotta post like once every 2 days. Lately I’ve been like, “I don’t care about the likes. I don’t care about who cares what I post. I just want to post about me.” I actually just posted that yesterday. I was fed up, so I just posted whatever I wanted.

3 things you need in the studio?
I need PJ. Pete, that’s my producer. I need him. ‘Cause just our energy, the vibe, and the ideas just bounce and flow. I need a lollipop, I’m not even joking. It coats my throat. It’s just my thing. When I first met PJ, I had like 5 lollipops in my purse. I don’t know why.

What’s a normal day in the life? Walk us through.
Honestly, it’s been changing. I have to give a big shout out to my publicist, Bria. She’s been really helping me out. And Empire has been helping me out, Bobby specifically. It was a little bit slow in the beginning, as every beginning artist, but now it’s been picking up. I’m getting little things here and there. Hopefully some gigs soon. Every day in the life is just writing music, calling PJ, calling Pete, deciding what songs we like, what we’re gonna put out next, creating a game plan. I have 2 dogs so I’m kind of like a fur mom. I’m always taking care of them. I’m always at home honestly.

What’s the best encounter you had with a fan?
I was really surprised because I’ve never really had fans. I would have them on social media, but not in person. One time, I ran into this guy and he was like, “You’re Devyn Adair. I love your music. I love your pictures. Keep doing what you’re doing, I’m a fan.” It’s just very humbling. It’s like, “Wow, what? Why me? I’m not anything. I’m just a normal person like you.” It’s definitely something to think about. it kind of tripped me out a bit, because I’m a fan. I”ll always be a fan of certain artists.

Who’s the most played artist on your phone?
Chris Brown. Right now, Ariana Grande with her latest album. “Breathin,” I love that song.

I like “Sweetener” and “God Is A Woman.”
The freaking acapella in that. Who else? I would say Johnny Rain. He’s always someone I play. I just really appreciate and look up to his lyrics. He’s great.

Dream collab?
Oh gosh, there’s so many. In a freaking amazing, perfect world, it would be with Rihanna or Chris Brown. I’m not even gonna lie.

What made you want to keep your real name as your artist name?
I just love my name. It’s different. It’s me. I don’t wanna be anything else but me. That’s kind of everything I push in my music. Just be you and be original. 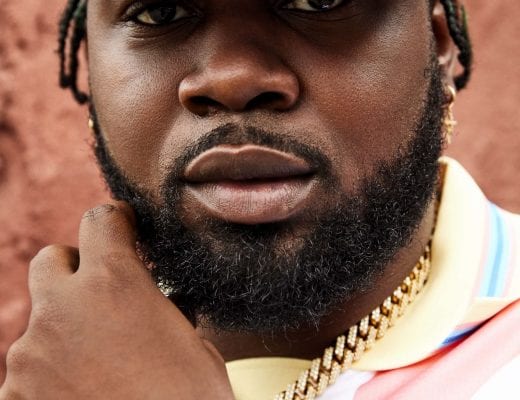 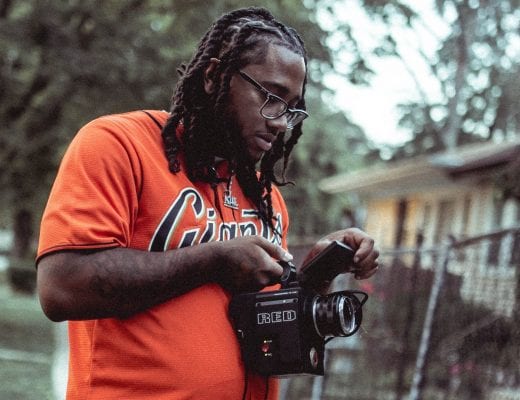 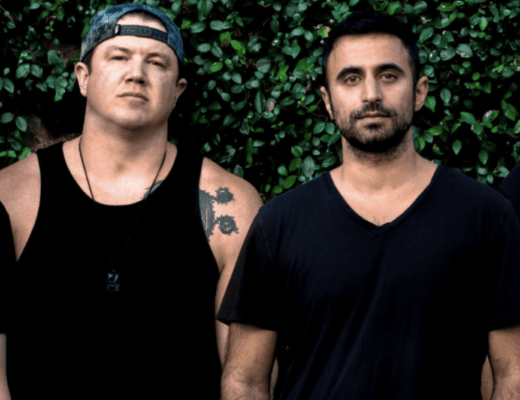