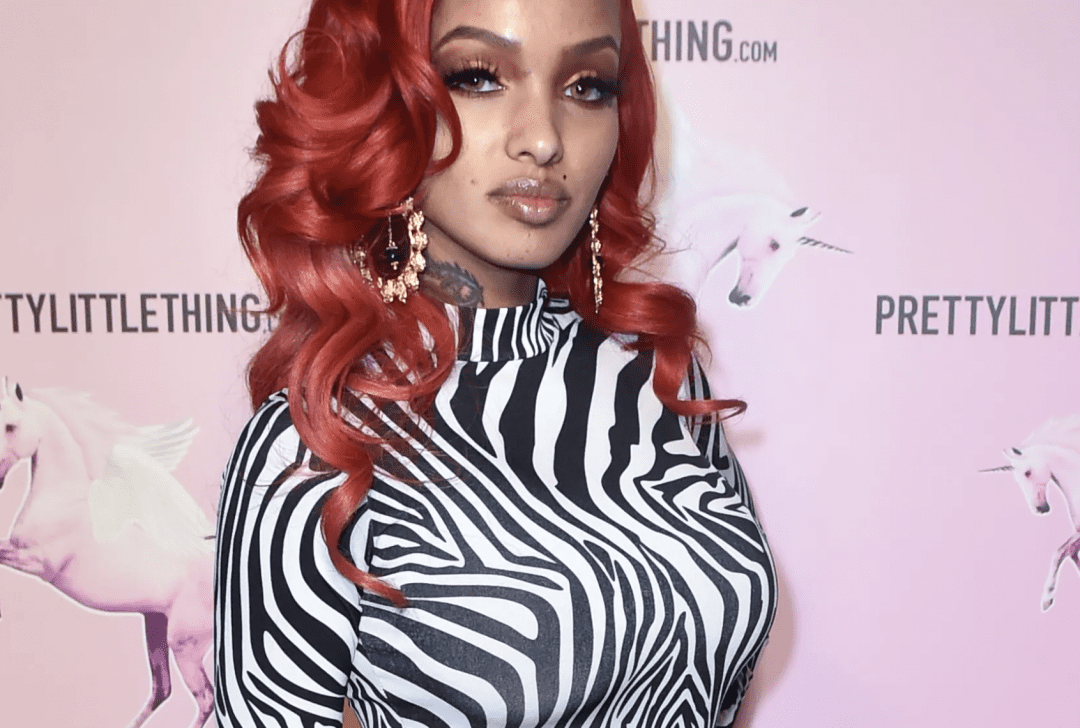 LoLa Monroe is an Ethiopian goddess. With beauty that exudes from the inside out, real name Fershgenet Melaku is a rapper, model, actress, entrepreneur, and most importantly, mother.

In fact, she was the first female to sign to Wiz Khalifa’s Taylor Gang back in 2013 and went on to release her mixtape Lipstick & Pistols that same year. Making the bold decision to relocate to Los Angeles from Washington D.C., she took on the moniker LoLa Monroe, which showcases her love for Marilyn Monroe.

Regardless what industry you work in, it’s pertinent that women are supporting each other. LoLa herself has looked up to the likes of Beyonce, Rihanna, Janelle Monae, Erykah Badu… the list goes on. Not only for their talents in music, but for their power and impact.

The star describes herself as a “boss lady, a health advocate, and a self-love advocate.” Most recently, LoLa unleashed two singles “Back Back” and “Blah Blah” with her partner King Los. Her lyrics boast confidence and authenticity.

In addition, she’s a mogul running her own company Blue Rose Dynasty. For Women’s History Month, REVOLT caught up with LoLa Monroe at the Kandypens house in Los Angeles to discuss her love for Beyonce, the future of female rap, her business endeavors, recording with King Los, and more! Check out the conversation below.

What women do you look up to in your career?

It’s so many women to admire. Cliche, but I’ve been tapping into Beyoncé a lot lately. Honestly, I’ve been watching her shows and performances. Her growth has been really admirable and amazing to watch. The other night, I’m watching Beyoncé videos, and seeing her growth and diligence, how determined she is to be the best, is very inspirational.

I didn’t really have idols because it’s important to place those powers within yourself. But, I have people I admire for different things. JAY-Z has always been that for me since before music. Just life in general, coming from the same things.

Any other female artists you admire besides Bey?

Riri is one. Janelle Monae, I love her. Erykah Badu for sure. Lauryn Hill. It’s so funny because I’m looking right there and it’s Lil Kim. One of my favorite albums, Notorious K.I.M. Lil Kim for sure. It’s so many artists who exude that power.

Talk about being a female entrepreneur.

Being a female entrepreneur is very empowering. When I officially tapped into becoming a full entrepreneur and not just be an artist, I actually started acting on it because it’s always been a mindset for me. It’s always been something I knew I’d tap into. Before I ever put out a song, I started my entertainment company. This was before I knew anything about the business. Years before I even got good at rapping for real, I was just learning.

Was The Blue Dynasty your company?

Yes! I started that before I even put out a record.

What made you do it?

No sponsors? They would die to work with you.

Now is a good time for me to start doing that. But, up until now, it’s me and my team. It’s no investors, no nothing like that. I’ve been able to build that up, but I’m at a point where now, it’s time to bring people in. I knew I was going to do all that. I’m not going to let it just be out there, let me filter that back into an actual company. So, I started Blue Rose Dynasty and I’ve been rocking ever since.

What’s the significance in the name?

It’s my tattoo (points to neck). Blue Rose is the unattainable. In my perspective, what’s unattainable to most is attainable to me. It’s being a one of one, and you rarely see blue roses either. Going after what other people may think is unattainable, and making it happen for yourself.

How important is it for us to support other women?

Very, very important. It’s extremely important. When women come together, it makes things move with a force behind it, versus just individually. I mean, we can do things individually. We can conquer a lot of things, but women have such a magnitude of power and force. Imagine uniting all of that together to push forth. When you see a group of women together, it makes you look. “Oh damn, what do they have going on?” It’s empowering. It’s very powerful.

Where do you see the future of women rap?

I see it expanding. I don’t think there’s ever been a time where it’s been such a younger generation getting into the game. Due to social media and that access of straight to consumer — being able to go record a song today, put it up, it might fuck around and go viral. There’s no limit to where female rap is going. It’s so much diversity. It’s so much expression going on right now and you can really appreciate it.

Ten years ago, you wouldn’t have been able to even think it could get to this point. When I first started, you couldn’t even be a vixen rapping and you would get the respect. I had to fight a lot of fucking battles to be able to get respect as a female MC. That’s why I had to stop posing how I was doing. I stopped being published in those certain magazines. I stopped being in music videos for artists unless they put me on the song.

What music videos were you in?

I’m glad you know me as an artist. That makes me feel good. That’s awesome. Yes, I was that girl. 50 Cent, Kanye West, Trey Songz, the list goes on and on. But, that’s dope that you know me as an artist. To me, that shows me that I put my shit in. I put my work in. It wasn’t easy to do that because back then, “Oh you want to get to hip hop? You have to prove.” They didn’t want to hear that shit from me.

So, I stopped doing the videos. I stopped doing the magazines like “Okay, y’all going to listen to me.” I really locked into my craft, I got better and better. I kept pushing out music, kept pushing out music, then I got my nomination for BET Best Female Rap award. At that point, I’m like damn, I earned my respect. Not just as a rapper, but as a lyricist. No, she puts in that work. That was very important. To see the game change now and it’s more accepting, it’s dope because it gives women a different type of way to express themselves and really make it.

How much of a role did King Los play in your rapping?

Oh, heavy. He played a major role because he’s a lyrical genius. He understands the science of it and honestly, he passed it on to me. He taught me a lot of shit about rap. How to really put it together, how to take your thoughts and form [it] into ways that will resonate with people. Metaphors, bridges, it’s such a science to it. I was able to be a student under him, and really learn. Having someone over top of you, who raps like that, you have no choice but to really give it your all.

Even when I was in the studio with him, it was also a thing where I wanted to make him proud, too. “Yeah, let me do this…” To see him be like, “Oh that was hard” that shit will make me feel [like] “okay cool.” He played a major part in it. I was cool, but he stepped my shit up for me. He showed me how to really lock into my craft and get better. That became a passion for me. At that point, I just wanted to rap. I want to rap better than a lot of these bitches, period. That was my thing.

It doesn’t turn into a boyfriend-girlfriend thing in the studio. He doesn’t play no games and sometimes he gets on my damn nerves, but the outcome is dope. The outcome is good. Pressure makes diamonds. That pressure at the end of the session, we’ll play the shit back and it sounds dope.

“Blah Blah” is a banger. Bring us back to that studio session.

I was in the studio with Yonni, he’s a producer. He played that track, I said, “That’s the one.” As soon as it came on, it was fire. A hit, so we just created the record.

To be honest, I tend to overthink things. I tend to be in my head a lot. It’s a Scorpio thing, too. I want to overthink, I want to over-plan, I want to do this. I’m really business-minded, too. So, I want to structure things a certain way. I’m learning to let go and just put it out there. So, I’m going to let the records go. Drop records every week for real. Do visuals, then drop my project after five or six weeks of just records.

What does it mean to be a mother on top of all that you do?

Being a mother is the highlight of my life honestly. Everything else is just an extension of that. It’s the best experience. It’s the most fulfilling thing. I’ll be done with a photo shoot, I’ll be away all day and I can’t wait to get home to him.

Given that you have a platform, how do you inspire the female youth who look up to you and want to do what you do?

By first and foremost, loving myself. It starts with me and being that representation. The best way to influence others is by living it yourself, instead of telling people what to do and how to be. No, let me see you do it and let me be inspired by your life. If I display what I have going on, it’s more organic. It’s authentic. I’m going to open up more.

There’s a mystique with my brand for the most part because I’ve never really Snapped everything or Instagrammed everything. I haven’t been that great at social media, so now’s the time for me to open up because I do want to empower others. I want to open up and connect more, the best way is to put it out there. Putting my lifestyle out there more and speaking more, allowing people to know my thought process and that’ll influence others.

Right now, my plate is full which is how I like it. I have my music, which is first and foremost. I’m working on more visuals. I literally did 20 looks in two weeks. I’m locked into building up my content. Even when I’m not active, trust me, I’m working. I’m building my shit up to go nuts. I have my jewelry line which I have now expanded to clothing, Purrsuazions. I’m tying all my business together. I have a collaboration business I’m working on with [Blac] Chyna, we’re going to announce that soon. Then, my Vegan Goddess stuff, so those are my babies. 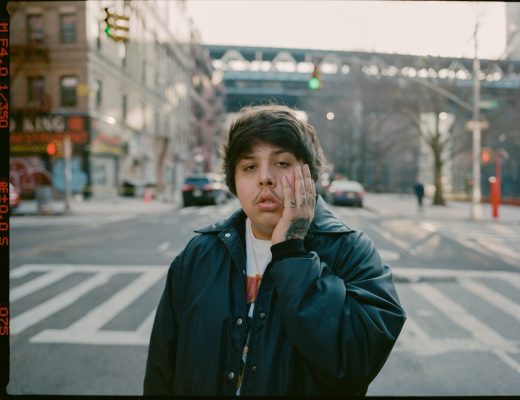 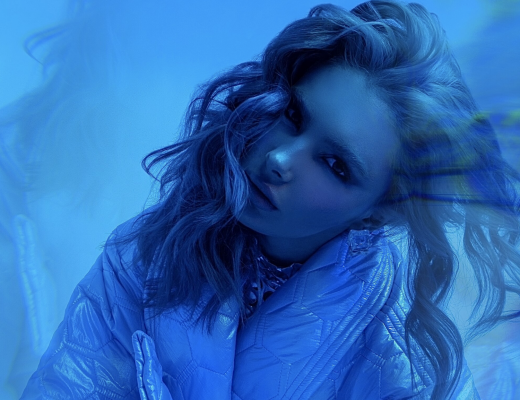 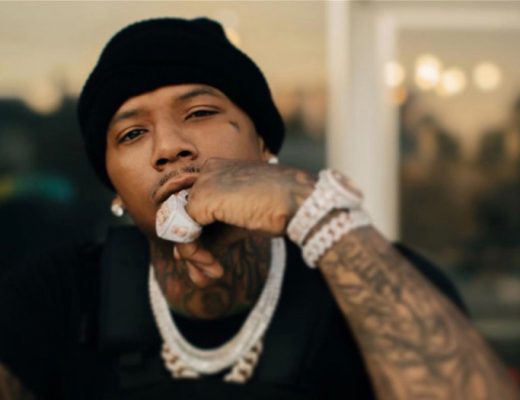