London Jae: “There’s No Way Around Me In Atlanta” 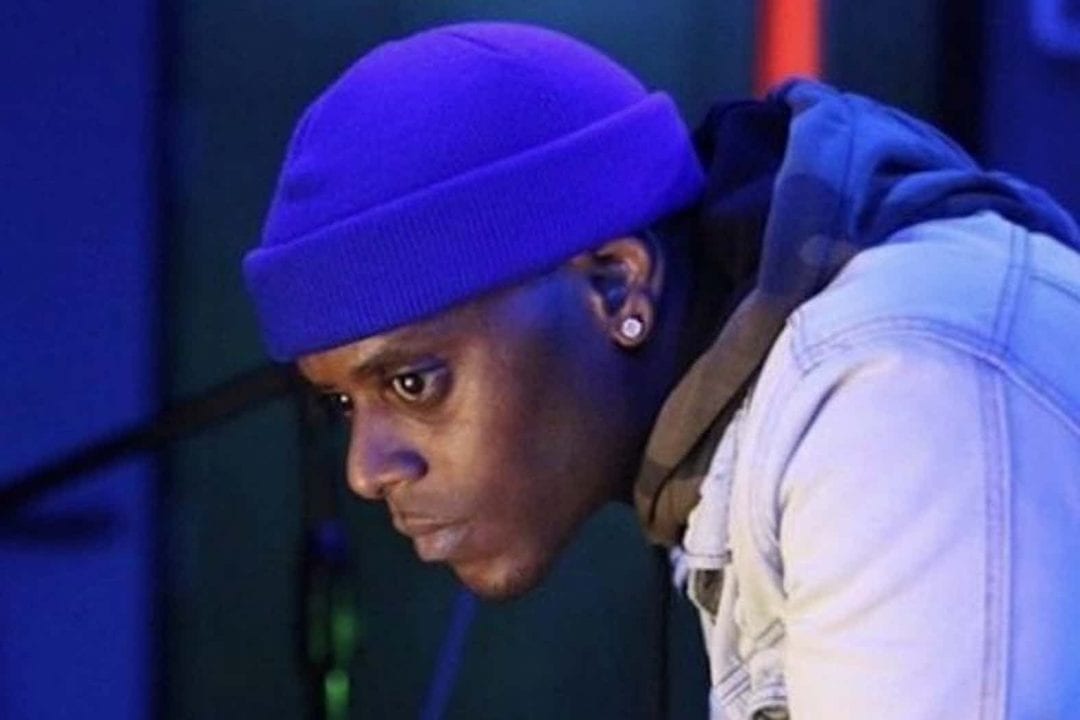 London Jae is never leaving Atlanta, a place he’s grown from a boy to man — from the streets to one of the most well-respected songwriters in the game. When it comes to music, the 32-year-old has proven over and over again his talents in the booth. Whether he’s penning songs for big-name artists or laying down his own vocals, London’s a hitmaker if there ever was one.

His ability to effortlessly create in the studio for various artists is a testament to his musical talent, adapting to each individual he comes into contact with. His creative process doesn’t typically involve physical writing, but more so the ideas flood his brain and come out effortlessly. His work ethic is unmatched, churning out at least 5 records a day since he started 5 years ago.

Aside from winning a Grammy for his collaboration with Cardi B on “Bartier Cardi” off Invasion of Privacy, London’s work transcends all genres, from pop to country to hip-hop to R&B. When it comes to his name, he states, “there’s no way around me Atlanta.” If you go back to Young Thug’s early mixtapes, you’ll see London Jae on the features.

AllHipHop caught up with London Jae via FaceTime to discuss his upbringing in Atlanta, working with Cardi B, admiration for The Dream, his favorite Lil Wayne Carter, and more!

AllHipHop: Being from the A, how has that influenced you?

London Jae: Atlanta man, this s##t’s a country by itself. Atlanta’s dope because whatever you do, it’s easy to get it off in Atlanta. Everybody f##ks with everybody, it’s always been like that. Everybody’s always cool with everybody. When I started, a lot of us started rapping together and now everyone has their own success story. All of us, from me to Young Thug to Cash Out.

AllHipHop: You came up with Thugger?

AllHipHop: And you started out rapping?

London Jae: Yes, I’m still an artist. It was when songwriting made sense. I started as an artist and stumbled into songwriting. I never pursued being a writer. I fell in it like “oh s##t, I’m a songwriter.” The first record I ever wrote went insane. It went 3 or 4x Platinum, I got a Grammy.

London Jae: Me, Cheeze Beatz and 30 Roc produced “Bartier Cardi.” Working with Cardi isn’t working because it’s all her, she takes over the world. It’s not like working with other artists, it’s different. She’s going to write the record basically. I’m good at structure. It’s all her words and ideas, but I’ma make it make sense for her. Cardi’s hard, it’s like taking one of her crazy ass Instagram videos and making a song.

AllHipHop: Since you do so much, who are your favorite artists?

London Jae: My favorite artist’s probably Ed Sheeran. I listen to a lot of Ed Sheeran. I like the old Maroon 5. It’s hard for me to connect to s##t, especially music. Maybe because I do music, I know the process of making a song. There are some songs that’ll f##k you up though, it depends what mood it is. If someone died, you have a go-to song for it. That’s what I try to do myself, I want to be the go-to song for whatever this is. I want to make the record people go to when they’re happy or sad, they lost their girl. That’s how “Like I Used To” came, Tinashe was going through the situation with her ex. I walked into it, I had no idea.

AllHipHop: Did Tinashe tell you about it in the studio session?

AllHipHop: I know you’re working on some things for Beyonce, I recently interviewed The Dream about working on Beyonce’s “Savage” remix.

London Jae: I don’t even think she’ll let something come out without Dream knowing. They have a crazy relationship, she trusts him musically. He’s one of the few I look at like “damn, you did a lot of s##t.” I like the way The Dream carries himself musically. As a writer, he carries himself with class. You’re not going to try Dream.

Dream won’t come to your session first of all, unless there’s a deposit in his account. I f##k with that because people play so many games. They find all the loopholes in the world to do everything other than what you agreed on. You get to the point where you can dictate what you’re doing, how you’re doing it, who’s around you, you have to do it. If they see you as a puppy, they’ll always see you as a puppy until you become a big dog.

AllHipHop: When was the moment where you’re like “alright, I’m in this b##ch”?

London Jae: I always had that mentality, because I know how to gauge people. I only gauge people I know I can. I’m taking a different approach than the average person. I’m not going straight to the source, I’ma always go all the way around. Say Rihanna, I’m not going straight to her. I’m grabbing all her friends and doing songs for them. Now the conversation is, how the f##k you do all this? The artist will say “why’d you do that and not come straight to me?”

AllHipHop: You up the demand for yourself.

London Jae: Right, I make the artist understand first. You have to see me first before I ever engage. If people don’t know what you do or who you are, you get that cold shoulder. It happens like that, so I never engage with anybody. I dance all around you until you see me, then I engage. I’m not dancing nowhere near you, I’ll go touch all of your friends. Be cool with them, do sessions, kick it until you’re like “tell your mans to come over here!” Alright, that’s where I’m trying to go anyways.

AllHipHop: It’s crazy to me that all these new rappers spit off the dome.

London Jae: It all speaks to their culture. All that comes from Wayne. Wayne birthed a whole nation of rappers.

AllHipHop: You worked with Lil Wayne too, how’s that experience?

London Jae: I did a lot of s##t with Wayne. Wayne’s hard, still the best human rapper ever. Wayne flew me and Atlanta producer LoopHoles to Miami. We get in the studio, I was trying to picture myself writing a Lil Wayne song. How the f##k? He came to me like “whatsup Slime?” I’d met him before, but on something else. We’re chopping it up, he’s playing other s##t he already had.

In my head, this n#gga’s still hard. I still didn’t know what to do. How do you write songs for the best rapper in the world? He’s like “I didn’t want you writing a song Slime.” I go in the booth and figured it out. He’s so hard, it won’t make sense for me to write him a song. I’ma just melody. I’ma melody his ass to death. I’m mumbling a melody, he came right behind me like a machine gun. s##t you’ll never see. If you aren’t there, it’s hard to explain. With me, I do freestyle type of writing. Every bar punched in. He runs straight off the top of his head. He’s just running! He f##ked me up.

AllHipHop: When was this?

London Jae: That’s a f##ked up question. [laughs] I have to say 1, because it’s raw. I’m coming off the Sqad Up mixtapes. When he put a whole body together, no way he can’t be touched. When all the Carters came out, I wasn’t an artist. I didn’t think I’d be doing this, so I’m coming straight from a fan perspective. This s##t didn’t start for me until 2015.

AllHipHop: What were you doing before 2015?

London Jae: All types of s##ts, I was in the streets for so long. What’s crazy is I used to say “there’s no way in hell I could do music. No way I could be rapping.” Fast forward, how the hell I get here? When B.o.B found me, I got signed in a week. 8 days maximum, I’m on these big tours with B.o.B. and Kevin Gates. I couldn’t believe it. I’m coming fresh off of nothing, I had nothing out.

AllHipHop: What did B.o.B see in you?

London Jae: I have no idea, I asked him that before. He said he heard a song, I think he’s lying. He said he heard a song and asked who I was. Funny story, he called me 6 times. I kept blowing him off. He’s like “yo hold on, don’t hang up. This really Bob, I’m with Yung Fresh [Bankroll Fresh]. We’re shooting a video.” I get to the mall, I see a crane. I’m like “oh s##t, he’s serious.” I get out the car, Fresh goes by in the G-Wagon. I turn around, he tells Tip “bro, I told you he’s going to pull up.” In my head, why’d Fresh say that? I had no songs out, but Fresh knew I knew how to rap. Them first Thug mixtapes, I was on there. That was the only thing, minus songs with Rich Homie Quan.

AllHipHop: You quoted Nipsey, a “successful street n#gga touching my first mils.” What’s his influence on your career?

London Jae: Nip was bigger than he knew he’d ever be. A lot of Nipsey songs when you really listen, f##k! It’s an emotion you can’t control. Man, I never get to see this n#gga anymore? I used to bump into him all the time because I was tied to Tip for a while. Whenever me and Tip did an LA show, Nip would come out and kick it. I wish we could get Nip back. I have to talk to God, he needs to stop leaving people we don’t need.
allhiphopatlantab.o.bcardim bfomobloginterviewLondon Jaenipseytinasheyoung thug
0 Comments
Share 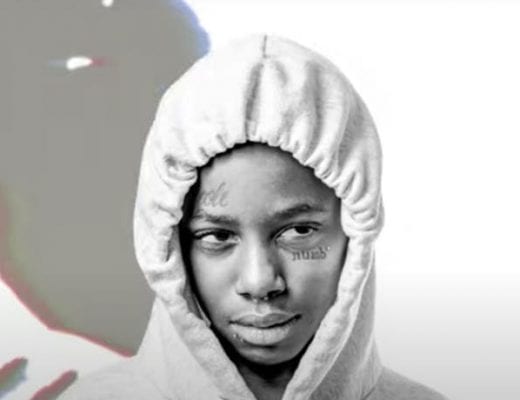 RonSoCold Puts On For The Underdogs 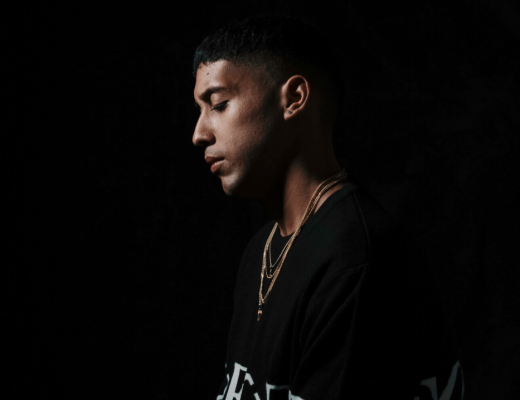