Dommy Divine Aims To Be The Next DJ Khaled 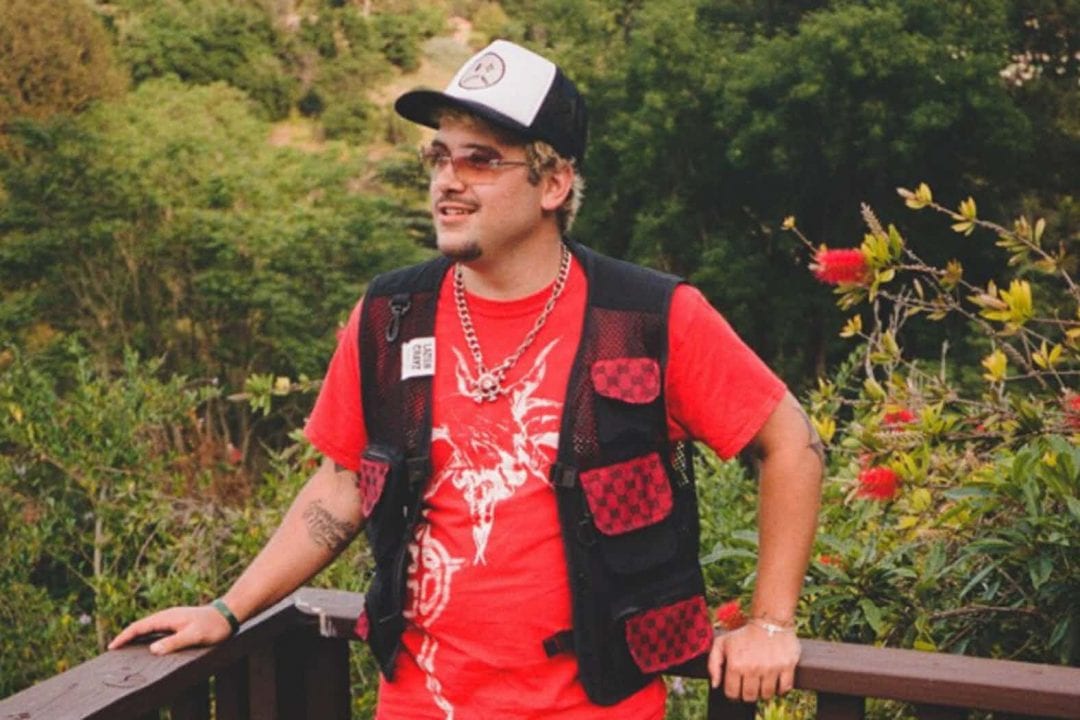 Dommy Divine has hopes of being the next DJ Khaled, and he’s well on his way. The music mogul and entrepreneur comes from humble beginnings, growing up in the suburbs of Massachusetts: a really small cow town called Pepperell. His story begins in 2012 when his brother passed away in a fatal drunk driving car accident, a few months after Dom finished high school. Instantly thrown into a dark place, Dom resorted to drugs and partying to cope.

The biggest takeaway at his brother’s funeral was the fact that they didn’t mention his accomplishments (as an athlete or scholar), but rather who he was as a person and how he affected other people’s lives in a positive way.

From that point on, Dom made a conscious decision to live his life for that very same purpose. He’d go on to begin his own Divine Minds clothing brand, with the mission statement of “aspire to inspire.” The work ethic and grind mentality that ensued would lead him to working with artists of all different calibers, eventually landing into different facets of the industry from throwing shows to deejaying to managing.

When it comes to releasing his own music, Dom calls it a “passion project.” His current studio in Los Angeles is an open invitation for all the artists who he’s proud to call friends. Even Scottie Pippen’s daughter ringed him and reached out to put a song of his on the new NBA 2K21 video game.

AllHipHop caught up with the 26-year-old in downtown Los Angeles to discuss how he got his start, moving to Los Angeles, going on tour with Xavier Wulf, becoming a DJ by necessity,

AllHipHop: How old were you when your brother passed?

Dommy Divine: I was 18. I was doing a bunch of acid at the time, thinking “I need to make a positive impact on this world.” I started this brand called Divine Minds which is all about using the power of positivity and perspective to take any situation you’re in and see the positive of it — no matter how negative it is. I already had clout locally through Facebook and MySpace. I was expelled from a bunch of high schools, I was a party kid so I had a little following. I was in community college and entered this business program, I pitched the idea to start this clothing company about inspiring people. I got voted Best Dressed in high school so I knew I could do it. I pitched it to the dean and won the contest, they gave me $500 and I dropped out the next day.

Took the $500 and went on Microsoft Paint, I wrote Divine and put little stars. Went and got them printed on tank tops, sold them from the trunk of my car. I’m really good at using social media. Started using Twitter, hitting up people like SpaceGhostPurrp and sending them shirts. I was packaging, printing, shipping it. It kept growing. $uicideboy$, Adam22, Getter, all these crazy people started wearing my clothes and it picked up pace. The clothing thing popped off in the underground. Lil Peep, Lil Tracy, I was really early in. I gave these guys clothes when they had a couple thousand followers. I became friends with them through the internet, then I flew out to LA and slept on the floor with Peep and all them. The struggle.

AllHipHop: What made you move to Los Angeles?

Dommy Divine: I’m like “f##k, I can’t exist in cow town.” I stayed with Don Krez, who’s the head A&R for 88Rising the first time I visited. He deejays for Rich Brian, Joji. He’s my mentor for real. Once I had risen to the top of the Boston scene I decided I needed to change scenary

AllHipHop: How’d you know him?

Dommy Divine: From giving the clothes to people, I lived in Burlington, Vermont for a bit. I worked at Tesla doing door to door sales, that’s my last job. He let me crash on his couch in LA. Buffet Boys, Fat Nick, Pouya, The Underachievers were on that tour, so I linked up with them. That’s when I knew it was possible because they’re all friends from childhood doing this s##t together. These are my friends, let’s do this s##t. Crazy experience. My first day in LA slept on the floor, I woke up and Lil Debbie’s on the couch smoking weed. My favorite comedian Nick Colletti was there. Dash, Retch, all these people who only existed on my phone to me. Lil Debbie’s like “here’s my edible cake.” She was another person that when she’d come to Boston we’d link up.

AllHipHop: Are you still working with clothes?

Dommy Divine: I took a break when the music s##t popped off. I’m doing a collab with Toopoor, she’s the Emo Queen. She is a huge fashion icon. She is such a beautiful soul and inspires the youth. Shout out Layla that’s the homie !

AllHipHop: What were you doing at Tesla?

Dommy Divine: Direct sales. I was a top 10 salesmen in the country when I was working at Tesla in Massachusetts. There was an article on me that said “face of underground hip-hop” because me and Adam are from the same town.

AllHipHop: How’d you get into throwing shows?

Dommy Divine: When I came to LA, I met Xavier Wulf. He f##ked with my brand, he had my clothes already. He said “you should bring me to Boston to do a show.” I’ve never thrown a show in my life, he’s my first one. Called all the venues, I found a warehouse downtown Boston in the hood. Playboi Carti performed there, so I did it there. Wulf said “I need X amount of dollars, I’ll show up.” I asked 8 of my friends for $500 each, so that he’s guaranteed to perform for a tour date. I did a Xavier Wulf Hollow Squad x Divine Minds collab, we had shirts. We had 30 tickets sold before. The day of the show, 600 people ended up coming. He started posting he’s in Boston, hella people came out.

AllHipHop: They were turning up huh?

Dommy Divine: I have crazy videos. Zay f##ked with me like “that’s hard, you’re the DJ now.” I finished the tour as the DJ. I was in the game. All of a sudden, I went from clothing guy to music guy. Tour opened up my mind to what I wanted to do in life, touring is sick

Dommy Divine: He’s one of my best friend, it’s different. I stopped doing business with him to keep our friendship alive , I be doing s##t for him. A&Rs are calling me to get a feature with him. His house is in my name, I have a bedroom at his house. We’ve been friends since 2013, Facebook friends and Facebook messaging. I sent him money on PayPal in 2013 when he was homeless, “here’s $20 to buy pizza.” I always f##ked with him, he wasn’t even that popular until 2017 maybe. We met in LA and became cool. The second day I met him, he lost his phone at the Observatory and I found it. He said “yo you saved my life.” Him and Peep both said that to me. I went on tour with tracy in 2017 and eventually became the tour manager after he fired Big E.

Dommy Divine: Me and peep had been internet homies for a few years before I flew to LA and was hanging out with him and sharing a floor to crash on together. He always supported me and wore my clothing brand and checked in on me. It was a mutual brotherhood between us. I seen Peep a few days before he passed. I happened to be on tour in Florida, he’s going through Florida on his tour. We were performing, 10 kids came to our show. Peep and them were in the crowd, all of GothBoiClique were supporting us. They had their giant tour bus, we’re at some little dive bar. I loved it.

AllHipHop: How did Peep’s death affect you?

Dommy Divine: That s##t f##ked me up. It was a crazy time because he died, then the next day Tracy came to Boston to stay with me. The next day after that, we threw a last minute show. “Let’s do a memorial show!” I don’t know if you’ve seen the video of Tracy in an orange hat crying on stage, singing Peep songs. That went viral. That was my show, I was deejaying for him. We went through it, hopping from AirBnb to AirBnb. Lot of emotions. That period, your memory purposefully hides trauma from you. From my childhood, there’s things I can’t remember. This is something that my brain pushed away, a really dark time. It also helped me get sober.

AllHipHop: How did you get to this entrepreneur you are now?

Dommy Divine: When people come out, I really took care of them. Put them in fly ass Airbnbs, make sure everybody’s good. I’ve developed so many relationships through that, touring. I’m a network-y person. I started to utilize that once I got to LA. I stopped managing artists, more so connecting the dots for people. Artist management, I don’t want to get called at 2AM talking personal s##t. It’s such an underheralded job. I still have close friends I work with and I do all those types of things for them, but my goal’s to not be an artist manager. I want to be an executive.

I still throw hella shows. I do brand placements, a lot of marketing for artists and Spotify campaigns. I’m actually about to become an official Spotify curator, for Big 3 the basketball league. Still doing everything I’ve been doing. I opened up a studio, doing artist development and helping people with their projects. Being an independent A&R, going to labels and pitching projects. Trying to get projects signed to different distribution labels. I’ve released music through my Divine Minds umbrella.

AllHipHop: Is there one thing you enjoy to do more than the other?

Dommy Divine: I might go back to deejaying again. I’ve done Rolling Loud four times I did fashion week Germany, all these festivals. I was only deejaying out of necessity. I love it, there’s nothing better than being on stage and having people in your control. “Open up this pit,” I love that. My friend right now is teaching me how to deejay on turntables. I’ve deejayed Rolling Loud this year off iTunes. I’ma start deejaying EDM, dropping all that. My music’s not doing bad, I have 4 songs. I have 30K listeners on Spotify. I have bigger features in the cut: I’m taking it slow, it’s fun. I’ll keep letting it happen.

AllHipHop: You never wanted to be the artist?

Dommy Divine: I’m not an artist, like DJ Khaled. He’s a businessman. I want to be a businessman, I want to own my own label. That’s really what the labels are looking for now, they want the face of the label. Future and his Freebandz, Meek Mill is dream chasers, OVO is Drake. I know my s##t would get big, I’m plugged in. 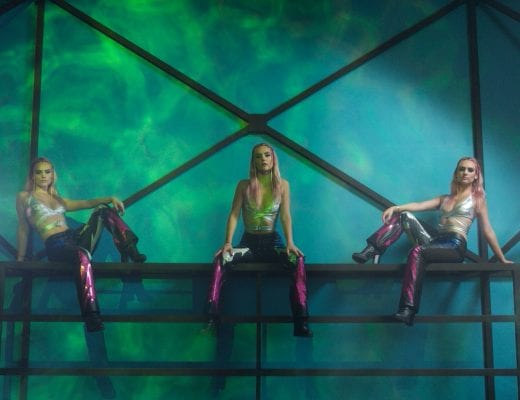 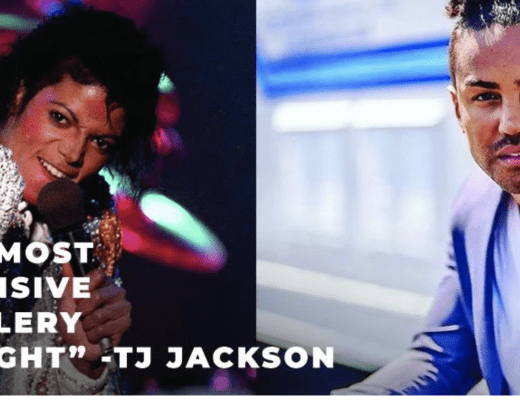 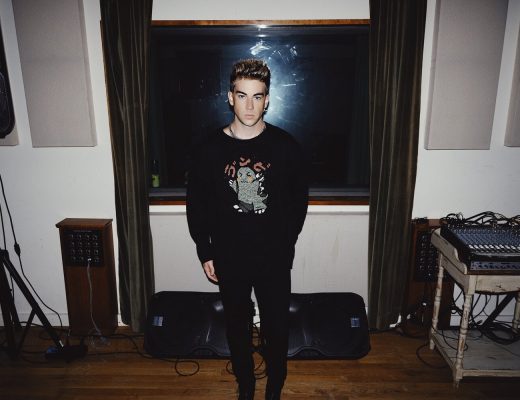