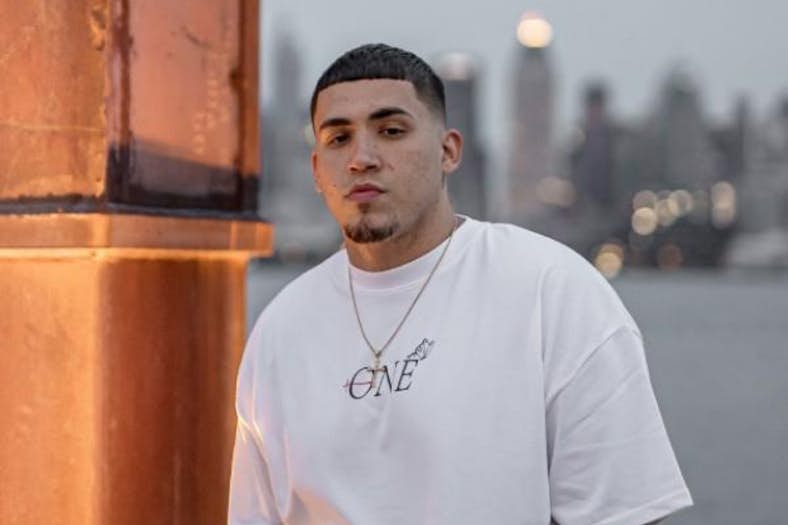 Elijah The Boy is here to put on for real hip-hop, injecting pain and real-life struggles into his lyrics for the masses to relate to. Boasting 261K followers on Instagram alone, the South Bronx, New York native prides himself in wanting to put on for his family and making sure all his people eat around him.

Speaking on his environment coming up, he describes it as “a beauty in the struggle type thing. It was hard but it was lit at the same time. You grow up in a building with mad people so you got mad friends.”

Getting his start making music super young and growing up in the culture, the “Don’t Wanna Be In Love” artist credits his mom as his key inspiration. When you listen to his music, you can feel it — something he calls emotional attraction. Now, he releases his most powerful record yet titled “Hard Days.”

AllHipHop caught up with Elijah to discuss his journey as an independent artist, recording “Hard Days,” studio essentials, goals, and more!

AllHipHop: Raised by a single mother, you lost your father at one year old. How has music been a coping mechanism for you?

Elijah The Boy: You don’t realize how crazy your life is until you go out of your zone and meet somebody else who’s from a different environment. They look at you like you have 2 heads when you explain what you went through growing up. I thought it’s regular for people to grow up with no father, drugs in the family. When I stepped out and started going to other states, nah this s##t ain’t regular bro. You aren’t going through regular s##t. Music was always my thing. My mom has a big influence on everything that I do, that’s my best friend. I bring her out at the shows, she be turning up on stage. She’s lit, my mom had me super young so she’s young. It’s dope because I’m young, we can experience this s##t together.

Elijah The Boy: I don’t give no f##ks. I promote “link in my bio” all day, I don’t give a f##k. I didn’t know anybody in the industry, so I had to make my own buzz. We’re going to keep dropping until something sticks. We’re going to create our own noise. I’ve done Meet & Greets with Reebok and it’s 1000 kids outside. I walked into Reebok like “hey, can I speak to a manager?” They looked mad sus at first: this kid coming in here tryna talk to a manager about a Meet & Greet, we don’t know you. It’s all about presenting yourself. When they see me speak, they can tell in my demeanor I believe in myself and I’m really serious. Selling out shows, same thing. I hit up SOB’s myself, I sold that out. I hit up the Knitting Factory in Brooklyn, sold that out. I don’t give a f##k, we walk in there and present ourselves. If they dub us, their loss. We find somebody else and make s##t happen.

Elijah The Boy: I went to college for a semester, not even. I was there, but I wasn’t there. I went because nobody in my family ever even went, I wanted to give that to my mother. I went, that s##t’s not for me. I was 19, it wasn’t hitting. I was always doing music but I didn’t take it seriously until when I graduated high school. My first semester of college, one day I thought “I gotta figure something out.” I already knew college was temporary, but I didn’t know how to tell that to my mom because she had high hopes.

Even though I’m not crazy big, there’s still people who haven’t even gotten to my level. They ask me “how did you build it?”, because everything I’ve done is organic. I write, I record myself, I got my own studio, I do everything myself. I used to record in Staten Island because I could afford studio time. I used to take the ferry all the way over there on a boat to record for 2 hours, while working a 9 to 5. I was working at the World Trade Center and going to school. When artist give me excuses, you need to shut the f##k up. You’re not doing enough bro, make it happen.

AllHipHop: “Don’t Wanna Be In Love” is at over 3.2 million views on Youtube!

Elijah The Boy: That s##t went crazy, I didn’t expect that. That was a remix type s##t, I guess it stuck. I dropped a project 3 months ago, I’m dropping more visuals. I want people to see my face more.

AllHipHop: What were your best memories from that record?

Elijah The Boy: The video was funny because “Don’t Wanna Be In Love,” yet I got one girl in it. I’m boo’d up with one girl. I was supposed to have mad girls, but I didn’t have any juice at the time. I wasn’t lit. Literally mad bros, it was awkward. Every artist from New York has that bodega music video. [laughs]

AllHipHop: You dropped “Hard Days” on your birthday, what did you do to celebrate?

Elijah The Boy: I rented an Airbnb because nothing’s open, we got really f##ked up. No lie, we got super drunk. It was lit. f##k it, I’ma get f##ked up, drink, and celebrate the record. That record’s growing, the fans are f##king with it. I’m really proud of the music video because I directed it myself. I set designed the room, I came up with the treatment. I knew the exact vision I wanted to go for, it’s my baby.

AllHipHop: The message is so relatable, what were you going through when you recorded it?

Elijah The Boy: Going through the music s##t, it’s a roller coaster. You have times you feel like you have it all figured it out, times where you might drop a little, times where you go back up. That’s really where my headspace was. The fans think as soon as you’re lit, you have better days — but you’re still going through crazy s##t. I’m still going through struggle. I still got family members in this. I still got a story to tell, it doesn’t end. Reflecting on all those painful moments in my life, everything that I went through, how you can use that as fuel to really make it out. Use that as motivation to fuel you, because a lot of people lack that. They don’t have the drive, they believe they can’t be s##t when it’s really a headspace thing.

AllHipHop: How do you push through and keep a strong mindset?

Elijah The Boy: Honestly, it’s more the circle you keep. For me, you have certain people to remind you. With social media, it’s so easy to get caught up with “oh I don’t have this” or “I’m not doing that yet.” It’s super depressing in a way because you know where you want to be and you see all this s##t. It’s having people around me who motivate me like “bro you’re killing it!” Nobody from my hood has done what I’ve done already. I do a lot of reflecting. I look back at moments when I sold out my shows. I like to record everything, I look at the videos like “yo that’s lit!” I’ll sit there like “nah, f##k that! Get out your bag, let’s keep it going.” My loved ones. I get in those moments, but I never stay there. I don’t live there, I visit.

AllHipHop: Do you miss performing?

Elijah The Boy: Hell f##king yeah. I did a show in AZ last week but it couldn’t be real because it’s so many rules. I want people to be in front of me. I want to f##king feel everybody. I miss doing all those shows, I hope that this s##t gets situated real soon.

AllHipHop: Have you picked up any new hobbies or interests during quarantine?

Elijah The Boy: Before I was rapping, I used to draw a lot so I started drawing and painting. I learned how to give myself a haircut, it was getting a lil crazy. [laughs] I workout every morning.

AllHipHop: Who do you bump while you’re working out?

AllHipHop: Somebody in the comments said “we need a J.I. collab”

Elijah The Boy: They keep saying that, I f##k with what he’s doing. Coming from the city especially New York, a lot of rappers hate instead of showing love. I’m not like that. There’s enough money out here, there’s enough ears and people to listen. Whoever’s killing it in the city, I tip my hat off to you. Keep going! That’s really how I am.

Elijah The Boy: I need tea. Recently it’s been tea because I sleep with the AC on, that s##t’s been f##king me up. It depends on the vibe but I like tequila, so I drink tequila. People that bring good energy. I need people hyping me up like “yo bro, go head! f##k s##t up.” I’m the type when I record it, know we’re about to listen to that b##ch 100 times.

Elijah The Boy: I really want to expand the brand, f##k with different sounds, mingle a little bit more. In the beginning, I wasn’t really out in the scenes enough. I was closed in. That’s not necessarily 100 percent a good thing because networking is key to this s##t. Being around more and having those conversations, exploring ways of being creatives. I always want to be creative. Whatever the f##k we doing, let’s make it a creative space. Really growing in that aspect.

AllHipHop: What’s one thing that fans may not know about you?

AllHipHop: Maybe it’s the “The Boy”

Elijah The Boy: Maybe. When I meet fans in the street and they ask for pictures, they say “you’re mad tall!” How do I look small? I don’t understand.

AllHipHop: Did you do sports?

Elijah The Boy: Baseball when I was kid, but it was never really my thing. I was always into music, that was my s##t. We gon’ rap, that’s it. I was trash when I first started, f##king terrible. I thought I was the s##t, but I was terrible. I listen to that s##t now, whoever told me to keep going was dead ass lying.

AllHipHop: Did you just keep practicing?

Elijah The Boy: Yeah, some artists have that talent where they can freestyle everything. I’ve been in the studio with certain artists where they have that gift. RIP to Juice WRLD, he was one of them. My s##t is way more calculated. I’m a writer. It won’t take long but I’ll sit there and really figure it out to get the vibe I want.

AllHipHop: What can we expect music wise?

Elijah The Boy: More pain. Last project I dropped was Not What it Used To Be months ago. It’s more hype music: we don’t give a f##k, we gon’ turn up. I want to tell more of my story. I want that emotional connection with a listener. Once you have that, it’s hard to break. They f##k with you so much. I already have those die-hard fans, now it’s about getting more. 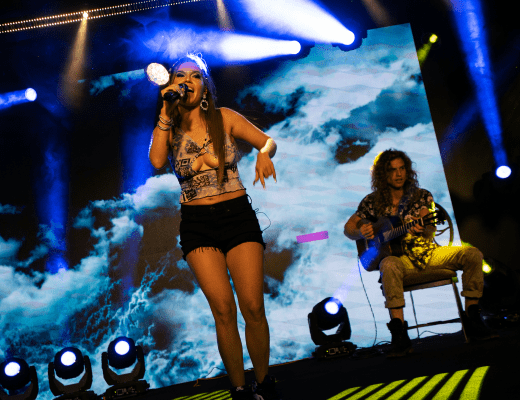 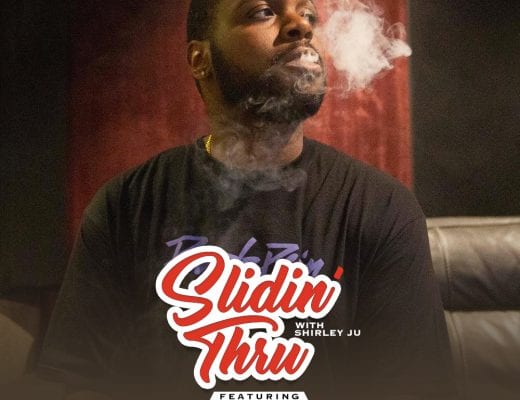 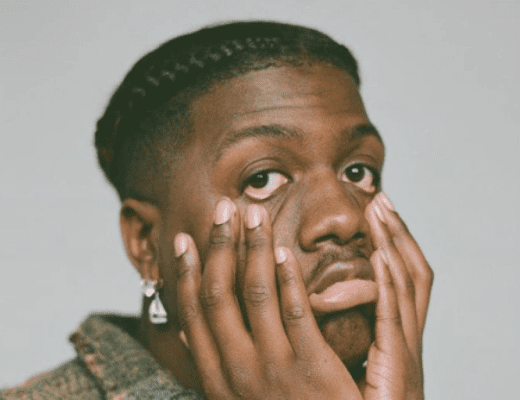