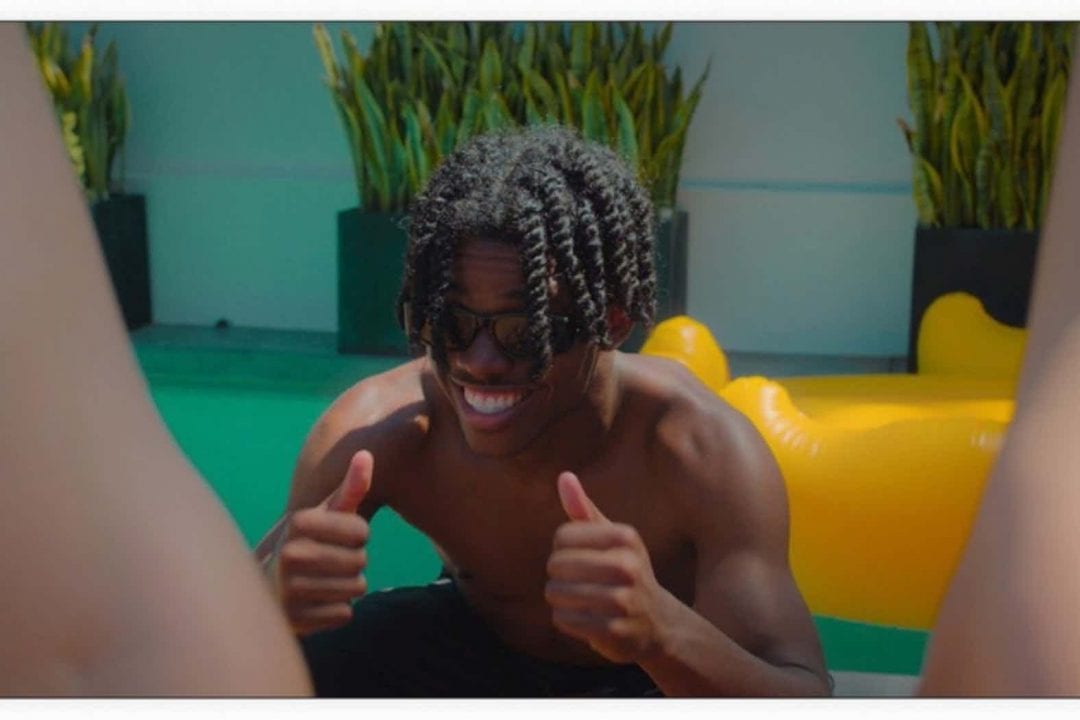 YVS Village is only 19 years old and already getting some of the biggest cosigns in the game, from the likes of Kid Laroi and 24Kgoldn. Having been discovered by producer KBeaZy, the Philadelphia-born, Los Angeles-raised rapper uses music as an outlet to express himself — leading to an outpour of support from friends, families, and anyone who comes across his music.

He states, “I’m originally from Philly but came out here at 8 years old. I usually rep LA more because I was raised out here. I have memories and have family in Philly, that’s my hometown.”

Inspired by the likes of Lil Uzi Vert, DaBaby, and A$AP Rocky, Village creates energetic music for the masses to turn up and have fun to. With his debut single “Rugrat,” who’s music video is quickly approaching a million views on Youtube within a week of its release, he proves exactly why he’s about to be a problem in the rap game. The visual also starts with a comedic skit, showing his fun personality and sense of humor that’s instantly contagious.

AllHipHop caught up with Village who was posted in the valley where he grew up. Read below as we discuss

AllHipHop: Where do you get your influences from?

YVS Village: I get my influences from Lil Uzi because of his flow and his energy. You could really feel his energy through the music. A$AP Rocky because of his swag, how he’s talking, how he’s looking cool while he raps. He can spit, but he’s also fly. He’s dripped up. that’s my inspo from him. I can see the picture he’s painting in my head. Lastly, DaBaby because of his antics and his confidence. I believe him when he’s speaking.

YVS Village: When I was 15 years old, I lived in Valley Village. A part in Studio City, LA. I remember I started rapping. I legit got a mic, was recording on Audacity trying to figure out what’s going to be my rapper name. I asked my mom, she said “Village, because you live in Valley Village. You’re all up in here, so why not Village?” I took The Village (that was my name for a little bit), then changed it to YVS.

YVS means a lot to me: Young Valley Superstars. It’s my platform and brand to show there’s great creatives like myself and great people from my same area who want to excel. I want to make that platform for them, give back and shoot for the stars. People in my city are talented and amazing, I want to help them as a stepping stone for where they want to be. I want to leave that legacy We all die, that’s the sad part but life goes on. I want be remembered as a person who helped other people.

AllHipHop: When did you realize music could be a career?

YVS Village: Most of my life, I played football. I wanted to go to Michigan and play runningback, then go to the NFL. I wanted to be a baller. A lot of manchilds out there. I’m 5’ 7”, I didn’t weigh too much. Most that I ever weighed was 160 tops. I was nice, I won MVP of my league. I was team captain, everyone loved me. I was really good, but football wasn’t there for me like music.

Recording at home in my living room til 2 or 3 o’clock in the morning, I knew I loved music. It’s there for me more than football.

AllHipHop: How did “Rugrat” come about? Song’s a banger.

YVS Village: It was actually the first time me and KBeaZy ever met, we cooked up in the studio. I said “I’m looking for a West Coast sound,” he said “let’s get it.” We made the song, it was a hit. All the people loved it. I wanted the video to show people this is a party song. You get lit off the energy. I get inspired by DaBaby because DaBaby’s videos are really animated, like an old Busta Rhymes. How my swag and energy is like A$AP and Lil Uzi. Kids turning up, house in the hills, that energy. I want people to see that like “wow that’s awesome, that’s lit. I feel it, I want to live that lifestyle.” It’s a vision. They can see it, visualize it.

AllHipHop: Did you think it would go up like this?

YVS Village: I did, because I felt it. It was the energy. LA, the West Coast vibe is jumping. If you have a topic or a theme, the energy to bring to the record and that bounce? I knew it’d take off. When BeaZy made it and I was rapping it, it was crazy. I wrote the verse in Stats class in college, I’m a first year.” I’m failing Stats anyway, might as well write music. I wrote the hook on my best friend’s couch. At that time, living situations. My mom and I were transitioning from my grandma’s, my brother had to go stay with a family friend, I was staying with my best friend. Wrote the hook on his couch, I kept saying “this is a hit!” I felt it.

AllHipHop: How did KBeaZy find you?

YVS Village: From my SoundCloud, shout out SoundCloud recommendations. He hit me up like “You tryna lock in?” I said “bet, let’s lock in!” The first day, we clicked. Instantly ound that connection. We started building and making really great music. He’s 19, I’m 19. We come from different backgrounds, but that’s still my man. It’s so cool because we both like sports. We’re both Lebron fans, we’re both into video games. The age difference is not too far.

I admire Beazy so much because he’s a kid from the middle of nowhere living the lifestyle in LA. I really have so much respect for him. Our relationship is growing in great length, that’s my friend. If me and BeaZy were in high school, we’d be cool together. It reminds me of when I first started rapping, all my friends would come over. We started writing songs in the living room, recording on my cell phone. The energy and vibes I brought working with someone the same age as me, on that level, is a blessing. It clicked.

AllHipHop: Talk about getting the cosigns from Kid Laroi and 24KGoldn, that’s dope!

YVS Village: BeaZy. Cause BeaZy has produced with them. Since I’m his artist, he introduced me to them. They’re really vibing with the sound, really thought “wow, this is really good. This kid has talent.” Goldn’s a really cool dude, he’s 19. Laroi’s young too, just the connection. They gave me really great advice about this industry, about the hate, about the image you want to create for yourself, how your happiness is more important at the end of the day. Those dudes are really cool, I can’t thank them enough.

YVS Village: To be authentic. A lot of times people are gimmicks, want to put up a front. Be yourself. Me? I’m a kid who wants to have fun and live life. I want to bring energy. I’ma talk about my struggles and what I’m going through, there’s going to be a kid out there who can relate. I want to bring that West Coast vibe. You can feel happy when you listen to my music, this is authentic. I’m never talking about nothing that isn’t me. I’m talking about myself and what I’m going through, some kid out there understands me. People are dealing with the same thing, you don’t know who they are.

YVS Village: A hot warm tea, I always drink a hot warm tea before I get into the studio. My right-hand man, my cousin. He’s always giving great advice, he’s my second ear. Lastly, I need my fit right. I gotta look fly when I enter the studio. I need my cuz right beside me, a dope fit, and warm tea cause it helps my vocals.

AllHipHop: Goals for yourself?

YVS Village: If I’m going big, get an EGOT: an Emmy, a Grammy, an Oscar, a Tony. I want to be a superstar, get all those categories. John Legend, Whoopi Goldberg, those people won awards in every category. That’s what legends do. I want to be the ultimate entertainer. Another goal is to start a YVS brand. I’m really into fashion. I’m starting with my best friend and my cousin. We’re tryna blow up this brand, make it a platform for other artists like myself to grow. Really enrich our community and rep my city. At the end of the day, you can never forget where you come from.

YVS Village: This song is doing good, but I’m not done yet, I still got a lot to prove. I’m hungry and I’m humble. I’m a lion, I’ll never be a gazelle so I’m always coming every day. I never settle. It’s not in my blood. Not in my DNA.

YVS Village: More singles features the energy. You’ll see me on KBeazy’s Youtube very soon, we got something cooked up. Catch me, I’m coming. My energy’s going to be there I’m going to be consistent with it, I never settle for less. 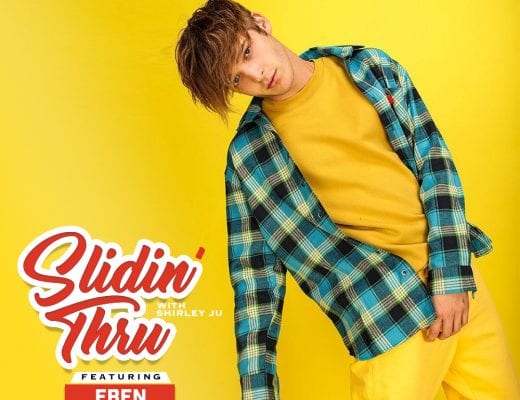 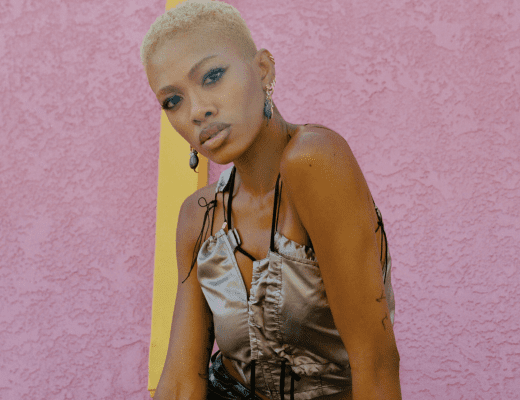 PREMIERE: MAAD DROPS “GET BY” TO GET US THROUGH THE TIMES 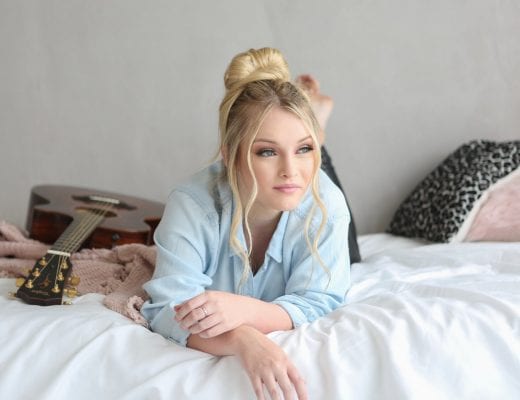