Oakland is home to a slew of talented artists, from Too Short to Mistah FAB to MC Hammer.

Now there’s a new face on the scene, who goes by the name of Laney Keyz.

The 23-year-old is here to tell his story and his truth, coming from the streets and finding his outlet in music. Being adopted at 11 months old and falling victim to his environment, he spent his adolescence and teenage years in and out of juvenile halls.

He states, “Being from Oakland taught you how to be a certain kind of way. It f##ks you up because it’ll make you feel a certain type of way towards the world, and you can’t be like that with everybody. You can’t always be defensive, that’s how I am right now.”

Inspired by his favorite rapper Meek Mill, Laney has a newfound love, appreciation, and dedication for music. Investing in himself and using all his money to move to Los Angeles to pursue his dreams full-time, he built his own home studio and has been locked in the lab perfecting his craft. Now, he releases his highly-anticipated single titled “Colorful s##t” featuring Lil Yachty.

AllHipHop: What does Oakland mean to you? There’s so much history and culture there.

Laney Keyz: Oakland means a lot actually. If I was raised anywhere else, I wouldn’t be the same person I am now. I know there’s a lot of negativity. People look at Oakland and think bad things about it, but that’s people who’ve never been there and don’t know. I’m glad, I’m happy I’m from there. I wouldn’t take anything back, I’m comfortable when I’m there.

AllHipHop: Talk about being adopted, with 5 siblings.

Laney Keyz: I was adopted when I was 11 months old, all my adopted siblings are black. They’re all obviously black. Me, it’s not so obvious. Being in the area where I’m from, people automatically assume something about me. I had to fight a lot. I started getting in trouble hella early because I used to get picked on a lot and I got tired of it really early. I started getting in trouble because I didn’t want to deal with it. I started going to jail, getting in trouble. Now I’m trying to stay focused on what I want to do as opposed to the stuff that’s around me, the negative influences. I haven’t really been back home since I left.

AllHipHop: When did you first get locked up?

Laney Keyz: When I was 15, for almost 3 years. I was about to be 16 when I went to jail, I got out when I was 18 because I couldn’t get out until I graduated. I started going to jail when I was 11 or 12. The first time I went to jail was because my grandma called the police on me, I got into it with her boyfriend. It was only for a few hours but that’s my first time being in a police car, my first time going to jail. A couple times after that for small stuff. Juvenile hall, they only send you to jail for a few weeks unless it’s something serious. I caught my serious case, and they sent me.

AllHipHop: What was your serious case?

Laney Keyz: It was a home invasion.

AllHipHop: What did you learn from being behind bars?

Laney Keyz: Honestly I learned if you’re going to do some s##t, do it by yourself. Every time I did some s##t by myself, I was good. When I did some s##t with somebody else, I got caught. It’s not worth to be honest. When I got locked up after I was 18 and I was in real jail, it didn’t matter how much money I had, I would;ve literally gave it all up to not be in jail. There’s nothing more valuable than time. When you’re wasting or losing it, you don’t get it back.

Laney Keyz: While I was in camp, at Camp Sweeney. They’re juvenile camps. It wasn’t really rap at first, it was creative writing. I was just writing s##t, then it turned into rap because it’s fun. When I got out, I started rapping. When I was 18, I was freestyling at 1 in the morning outside. We’re all chilling on the street where we live, I was freestyling with my friends that I’d known since I was 10. They said “bro, you gotta go to the studio.” I’m like “ehh, I don’t know.” But he forced me, he paid for my first studio session.

AllHipHop: Your friend just believed in you?

Laney Keyz: Yeah, more than I believe in myself. He’d be at the studio at 5 in the morning. He’d be in the parking lot asleep while I was in the studio trying to record one song, because I was so uncomfortable with the process. Eventually, I got used to it. I like it, it’s fun.

AllHipHop: What’d you learn from working with Traxamillion? You guys did a tape early on.

Laney Keyz: Honestly, I learned a lot from him. He’s the first producer I actually worked in-studio with. Usually producers will send me beats, I’ll record them and send them back. Having a producer in the studio with you while you’re working, you get the input. You get to see what they actually want for the beat and try to go with that. My style of music was a lot different from what Traxamillion was used to. When I recorded the first song with him, he looked at me like “nuh uh.”

AllHipHop: What did that mean for you?

Laney Keyz: It meant a lot, the recognition was the first thing. To have a producer like that who has so many Bay Area classics. Every song that was ever an anthem in the Bay Area was made by Traxamillion. I was never really into Bay Area type music, it all sounded the same. Every 6 or 7 months, there’d be one song that topped everything. It was always a song by Traxamillion. Finding out that’s who I was working with, that was huge for me.

AllHipHop: Do you feel like real hip-hop is hard to be seen right now?

Laney Keyz: Hell yeah. Sometimes you have to make music that will get your foot in the door, you have to get the audience before you start talking to them. Like J. Cole did, he said he didn’t really like the first song he put out, and his fanbase he had didn’t really like the song. He had to do it to get the attention that he needed to put out the message he’s putting out now. The song “Good Thing” that he made when I was in 6th or 7th grade, in an interview he said “I hated this song. I didn’t like this song, but I knew it’d put me in position to make the music I wanted and give it the attention it needs.” And it did. Sometimes, I feel like that’s just what you have to do.

Laney Keyz: The struggle part of it was the best part. Now that it’s done, you can look at that video and say “oh wow, I went through that.” We started shooting the video at 9am, that’s the scene with the car in it and we’re all drunk. We’re drinking Hennesey, we’re tired by 2pm. We’re shooting all day, we had to drive to the desert. That was a 3-hour drive, then back from the desert. We had to climb 20 flights of stairs to get to the last scene at night, I was exhausted. My best takeaway from that: the end result is always worth the work. Looking at that visual now, you couldn’t even tell I was really exhausted.

AllHipHop: Are you Russian?

Laney Keyz: No I’m not Russian, it’s just the lyrics in the song. A few people have asked me that before I even dropped the song, because I have really sharp facial features. I’m Italian.

AllHipHop: How’d you get in touch with Yachty for your new single “Colorful s##t”?

Laney Keyz: A person from my label, his name’s Adam. He manages him, he put that together. He told me he had a dope feature for me and sent me the song.

Laney Keyz: I know, I was super surprised. I’m happy because it actually seems like he spent time on the verse, he put effort into it. A lot of people, when you give them an unknown rapper or artist, they’ll put anything. The fact that he actually tried makes me feel like he liked the song. 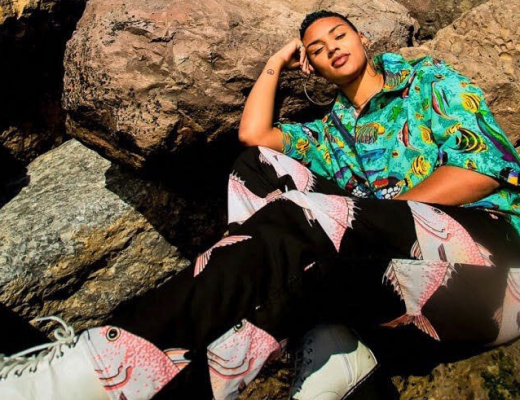 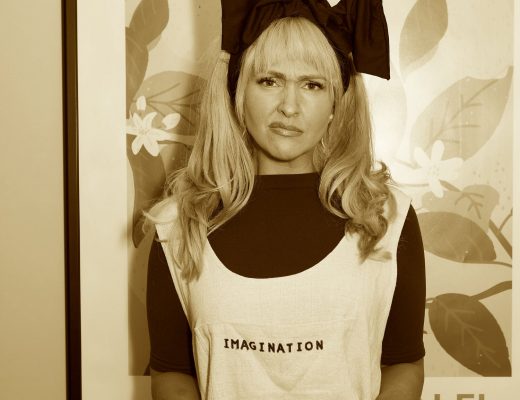 JENN LYON | GROWING UP IN NORTH CAROLINA, ‘CLAWS’, OVERCOMING HER HARDSHIPS, AND MORE 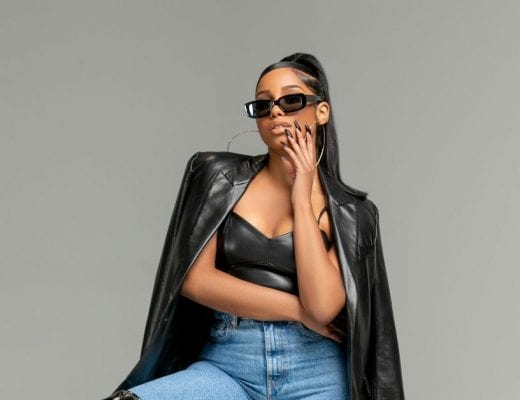 Aaria: The Singer-Songwriter Putting On For Detroit