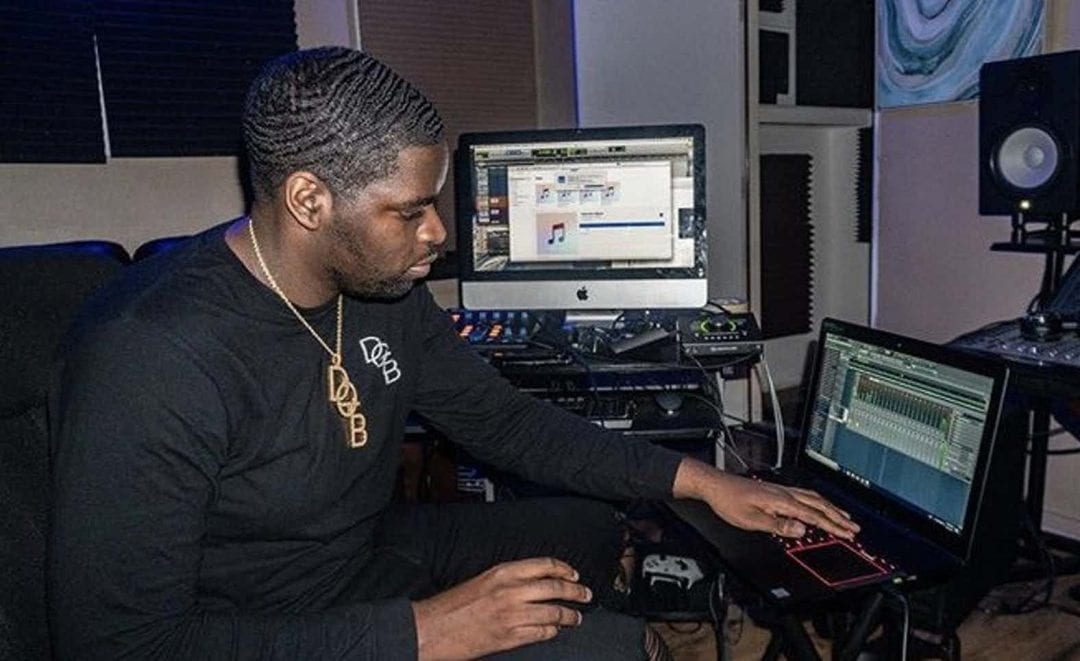 Dougie On The Beat has officially signed to Meek Mill’s DreamChasers imprint. The Philadelphia native is best known for his work producing Meek’s standout records “1942 Flows,” “Issues,” and “Save Me,” all off his 2017 album Wins & Losses.

The 23-year-old actually began his musical journey rapping, before he was exposed to his uncle’s program called Music Development For The Youth where he learned the actual creative process behind making a record. That same day, Dougie fell in love with production and made his first beat ever.

After a year of sending Meek beats religiously, he finally saw success in “1942 Flows,” which was recently certified Platinum. “Issues” also recently went Gold. Other placements include “Feelings” off G Herbo’s recent album PTSD and “Florida Boy” by Rick Ross, Kodak Black, and T-Pain. Throughout his journey, belief in himself has been key.

AllHipHop caught up with Dougie over the phone amidst the COVID-19 pandemic, discussing what it took to get Meek’s attention, his Top 5, forthcoming bangers with Dave East, and more.

AllHipHop: Being from Philly, what was the household like growing up?

Dougie On The Beat: The household was real family-oriented. I had a big family. It was a lot. You see a lot growing up in Philly, but my household was cool all-around. I always had love for my family.

Dougie On The Beat: My dad used to play a lot of Nas and Jay-Z, so I’m really in tune with the music from that era. That’s the type of music I like: Nas, Jay-Z, Scarface, Bigge, Pac, KRS-One, etc

AllHipHop: At what point did the music thing become real?

Dougie On The Beat: I was rapping at first. When I was young I used to always be freestyling and rapping all the time. My dad and them used to be real hyped about it. My first time I went to the studio, my uncle had this program called Music Development for the Youth. When I was in that program, he’s teaching me how to play the keyboard. Teaching me how the studio equipment works, all that. When I saw that, that made me want to learn how to do production. I made my first beat that day and everything.

AllHipHop: Congrats on being signed to DreamChasers! How did that happen?

Dougie On The Beat: I had it sitting. I had sent it to him and he did it. Everyday, I was sending him a lot of beats. However many that Gmail took, I was sending 4 or 5 of them everyday. However many attachments it would take. It wasn’t even a full year. It was around a year because when 2017 hit, I thought “if I don’t get a placement, I’m done with music.” That’s what I told myself. Then it happened for me around May 2017, I got my first producer agreement. His team reached out to me and it was up from there.

AllHipHop: That was on Wins & Losses, talk about that era of Meek before Championships.

Dougie On The Beat: It was crazy because that’s the time when people were really counting him out. I always stuck with him, even when people were trying to go against him because of certain things happening.

AllHipHop: How does it feel to have your first placements go Gold and Platinum?

Dougie On The Beat: It felt good. If you look on his YouTube channel, 1942 Flows” is his biggest solo record on there by itself. That has more streams on there than the Dreams and Nightmares intro.

AllHipHop: What’s it like in the studio with Meek?

Dougie On The Beat: We be vibing. We’re from Philly so we have a lot to talk about. We be talking about stuff that’s going on, current events and how we can help. Planning stuff to see what we can do to turn the city up. He definitely tried to turn the city up a lot. With Philly, a lot of artists don’t be falling through. Because he definitely reaches back to every artist in the city who’s coming up and doing their thing. He’ll try to do something with them but for some reason, they don’t stick around. They’ll try to branch off and do their own thing. When we’re in the studio, we’re definitely vibing and working. It’s cool.

AllHipHop: What was it in the city having Chynna pass?

AllHipHop: “Feelings” by G Herbo is one of our favorites. How’d that record come about?

Dougie On The Beat: I met G Herbo a couple years ago through my man Trav from New York. This was when me and G Herbo were coming up around the same time. Whatever happened, he’s like “I’ma link these 2 young bulls together.” One day, he FaceTimed me like “yo, I want you and Herb to work together.” He sent me the info and me and Herb connected from there. This was years back.

AllHipHop: What was it like seeing the record on PTSD?

Dougie On The Beat: It was crazy. When I sent it to him, I said “I know you’re going to go crazy on this!” He’s the first person I had in mind when I made the beat. I didn’t know if it was going to make it because I didn’t know if the sample was going to be cleared, whatever. But it made the cut. It’s going crazy, a lot of people like it because he’s venting. He’s talking about his girl, life stuff, baby mama, all that.

Dougie On The Beat: I know how to connect with people. I know how to adapt with different types of people. I can throw on my business side and talk professionally to certain people, and I can talk streets because I’m from the streets. I can relate to people from the streets. I’m open, I can feel where everybody comes from. I put myself in other people’s shoes. “Alright he’s like this,” so I got that in me too. I got a lil bit of everything in me.

AllHipHop: Were you in the streets growing up as a kid?

Dougie On The Beat: I was born and raised in that environment. I wasn’t in them, I was just there. I lived there. Stuff was happening, you had to be around. You can’t run from it when you live in certain environments like that.

Dougie On The Beat: I need my brush, water for sure, and chocolate chip cookies. I make beats at home, the studio, the car, wherever.

Dougie On The Beat: I want to be on everybody’s stuff. In the future, start putting out my own stuff featuring artists. As a producer, but other artists on the track. Almost like how Dr. Dre did and how DJ Khaled does, but doing it in my own lane though.

Dougie On The Beat: I’m excited because I like Dave East’s music. We got a lot. We got one with Giggs from the UK, off that “Bout It” sample. We got another one with him and Trey Songz, it’s the “ain’t no love in the city.” Dave posted a snippet of it.

AllHipHop: Who’s idea was it to sample Jay Z’s “Heart in the City”?

Dougie On The Beat: Me, I had that beat already. I sample a lot of old music, because my dad was playing a lot of that music. What’s crazy is that my uncle linked me with Dave East. Back in the day, Dave East used to be on the block with my dad’s from. Dave East used to be around that area with a rapper named D. Jones, he’s from North Philly. Him and Dave East got a real close relationship. My dad, my uncle and them grew up around that area too. My uncle was like “yeah, my nephew got some heat for you.” I sent it to them, he got on something that same night.

AllHipHop: What else can we expect?

Dougie On The Beat: I got a song with Fivio Foreign, I got a crazy record with him. I know you heard his song “Big Drip.” I just did something with Smoove L, also from New York. I got a couple records with Calboy in the tuck. I got some with Yung Ro, he’s from Houston, He signed with Dreamchasers recently, he’s going up too. Let me check my Notes, I write everything down because I forget. I did something with Yung Bleu and with Seddy Hendrix. Seddy on the come up too, he’s signed with Generation Now.

AllHipHop: How hard is it as a producer to have to wait to see if your record gets placed on an album?

Honestly, I don’t dwell on it. Because if you dwell on it, it’ll drive you crazy if you let it. “Man I have to get to this.” You’ll be so focused on that, you’ll lose track. You’re not working to get other stuff done. 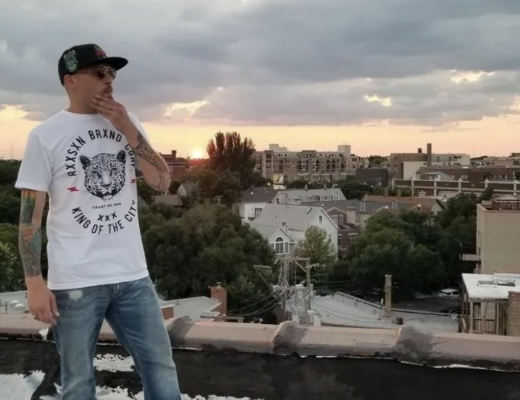 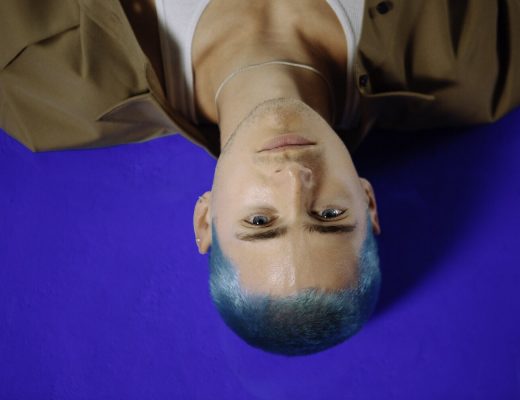 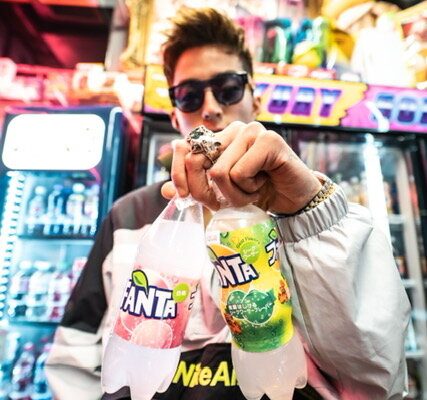 SWANG OPENS UP ABOUT HIS ‘EXPENSIVE TASTE’