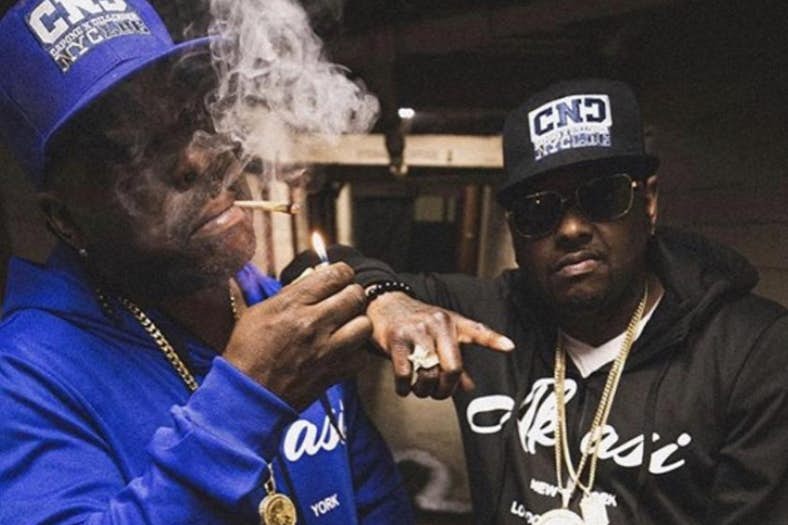 Capone and Daz Dillinger are both legends in the rap game. The former hails from Queens, New York, best known as one-half of duo Capone-N-Noreaga (C-N-N), alongside good friend and Drink Champs host N.O.R.E.

The latter represents the West Coast, coming up as one-half of Tha Dogg Pound and producing alongside the legendary Kurupt. Cousin to Snoop Dogg, he had the pleasure of working on Dr. Dre’s Chronic and mobbed closely with Death Row.

Now the two MCs join forces, collaborating for the first time since the infamous East Coast/West Coast hip-hop beef in the mid-90’s — which Capone states “really wasn’t no beef at all.”

Forming their own group titled Capone-N-Dillinger or CND, both are ready to drop their collaborative project titled Guidelines this fall. Features include everyone from Kurupt and Noreaga to Curren$y, Styles P, Mistah F.A.B. and Havoc of Mobb Deep.

To hold fans over, they have released two singles “LA LA, NY NY” and “Startender,” with powerful visuals to match. AllHipHop caught up with both Capone and Daz, who were located in Atlanta working on songs, doing interviews, and putting that work in.

AllHipHop: Daz, what are your fondest memories from the Death Row days?

Daz: Smoking weed, getting money, producing and living the life. I’m glad to be here living right now. It comes with good music. Keep pushing with your craft, don’t stop.

AllHipHop: How did you get into producing?

Daz: I was a DJ, then deejaying makes blending. Dr. Dre gave me a drum machine, taught me how to program it. Dope history.

AllHipHop: What did you learn from working on Dr. Dre’s Chronic?

AllHipHop: Fondest memories from those sessions?

Daz: Smoking weed, going to jail, fights, all kinds of s##t back when we were young. People would come in from doing some dirt, we don’t even know they’re doing dirt. Police chasing, old school memories.

AllHipHop: What did you learn from working with Tupac?

Daz: Work ethic. Back to back, quick recording and knocking songs out. Doing “Ambitionz Az a Ridah,” I go to the bathroom, come back in and the song’s done. After that, we’re onto the next.

AllHipHop: Capone, a lot of people are saying that they want a CNN record.

Capone: A CNN record’s definitely coming. That’s our next thing on our agenda. We’re doing the documentary, but we’re going to give another album. We’re going to definitely hit the road. That’s why we didn’t put out any music, because we want to hit the road for the people.

Capone: COVID stopped everything. You can’t even shake somebody’s hand yet, let alone do a show. Right now, it’s getting in tune with the people the best way we know how. God bless, we’ve got IG Live, Zoom. We can still get in tune and let our fans see we’re still moving. Hopefully the world opens up so we can do shows, put this music out, get it to the people, have some fun.

AllHipHop: How did Capone and Daz meet?

Capone: N.O.R.E had a Drink Champs episode in Vegas with Jack Thriller, Tony Yayo and Dru Hill. We met before that, but that’s where we linked and actually became CND.

AllHipHop: Were y’all faded from that episode?

Capone: On God. The episode’s so crazy, I don’t even like to talk about It. I was too gone. I won $50K at the Craps table and drank too much. The whole interview, man down. I celebrated too hard.

Daz: I drink when the occasion’s right. I hang with a lot of drinkers, but I’m a smoke champ.

AllHipHop: What was the dynamic in the studio creating Guidelines?

Capone: Our chemistry’s amazing. Vegas was when we sat down and chopped it up, really got to know each other. We saw we’re the same type of dudes. I already did “Startender,” had a verse open. I said “to start it off, I’ma send you that record.” That’s the first record we did, and it became a hit. The streets loved it, we didn’t look back. Let’s make a whole album, we’re doing a documentary too. It’s crazy.

Daz: Listening to everybody’s verse, collaborating the system. It came in right. I was shocked when N.O.R.E hit me with the song in the text, I thought “I gotta get Kurupt on here quick!” We put Kurupt on there, I put my verse on there, then Pone came with the champagne all over it.

AllHipHop: What was the reality of the East Coast/West Coast rap beef between CNN and Tha Dogg Pound (DPG) in the mid 90’s?

Capone: The reality was it was no beef, we didn’t have no beef with Tha Dogg Pound. Me and N.O.R.E. were trying to get on. The best way to get on is to go at somebody who’s already on. They made a record called “New York, New York,” nobody else wanted to say anything back. We gave it a little second, a little thought, we said “we’re going to be the ones to do it.” Whether people know us or not, they’re asking “who are these little motherf##kers going after the big dogs?” We’re new, they’re not new at this moment.

Daz: There was no beef, it was hip-hop. Responding to songs. We had real beef with other s##t but West Coast was inside homie type s##t. Kurupt and N.O.R.E were always hanging together. Capone was in jail, I was in the West producing. Beef is when you really in some street s##t, ain’t no coming back from that. [laughs]

AllHipHop: You guys have a song called “Nobody,” paying tribute to Nate Dogg.

Capone: My man Choc Mike is on that record. You can’t ever clone somebody. You can’t make another Daz, you can’t make another Capone. It’s only one of us. When I say Choc Mike gives you that Nate Dogg feeling, he gives it to you. Rest in power Nate. Getting him on the record would’ve been the biggest thing in my career. Unfortunately, brother’s not here. I tried to give the people somebody that could bring the essence of Nate Dogg to the table. Salute Choc Mike, he did his thing. It’s about giving Nate Dogg his flowers even though he’s not here.

AllHipHop: Toda’ys the 47th birthday of hip-hop, I had no idea.

Capone: Lovebug Starski, Kool Moe Dee. What makes me and Daz rock so special is that we’re both lovers and students of hip-hop. We both appreciate hip-hop. People come in the game, get a lot of money, and forget what made them: this thing called hip-hop. You have to give praises to these legends. You can’t call Schoolly D or 3rd Bass old heads or disrespect their legacy, then call me a legend. A lot of people paved the way for me and Daz to even be here. I just want to tell the Youngins I respect you showing love but you have to give love to the people that was before us. I’m not even talking about Big Daddy Kane, LL, Eric B and Rakim, but people before them. Schoolly D, First Lady MC Sha-Rock, you gotta know your history. If right now you join a gang, you’ll know how to throw the gang signs and what the signs stand for. You’ve gotta do that with hip-hop.

AllHipHop: I’m from the Bay, so I love that you have Mistah F.A.B. on the project.

Capone: Mistah F.A.B. went in though! When Mistah F.A.B. sent his record, that’s the F.A.B. I know right there, the dope era F.A.B. I know.” I wanted to go in the Bay essence. You could never make a record from New York and make it sound like the Bay, because their sound is so embedded. It’s so amazing that you can’t mimic or mock that, but you can have a feeling of the Bay. When we made that record, I told Daz where I wanted to go and he was with it. He did the hook, I’m like “oh, perfect.” Mistah F.A.B. heard it and was like “holy s##t, 2 of my favorites. I’m in.” He sent his record back in 20 minutes. I wanted to call him and say “you know where you’re going with all that?” He said “I sent it back.” He works, he puts on for the Bay.

AllHipHop: What is special about yall’s pre-rolls?

Daz: It has a bunch of good weed in it, I like smokin buds in mine.

Capone: What’s special about our pre-rolls I love is you can take the pre-roll, scan the QR and hear the record. We’re the first people that can get you high and make you dance. Make you vibe. Scan the QR, smoke the bud, and have fun.

AllHipHop: How did the “Don’t Stop, Keep Goin’” song with Nas and DPG happen?

Daz: We did the song with Nas when he came to Cali. I had put him on there and then we had dropped the reel off at Death Row. Next thing I know, Tupac jumped in and mixed it. Kurupt came with the fire verse!

Daz: Having a good time, ready to come out with this album Guidelines. 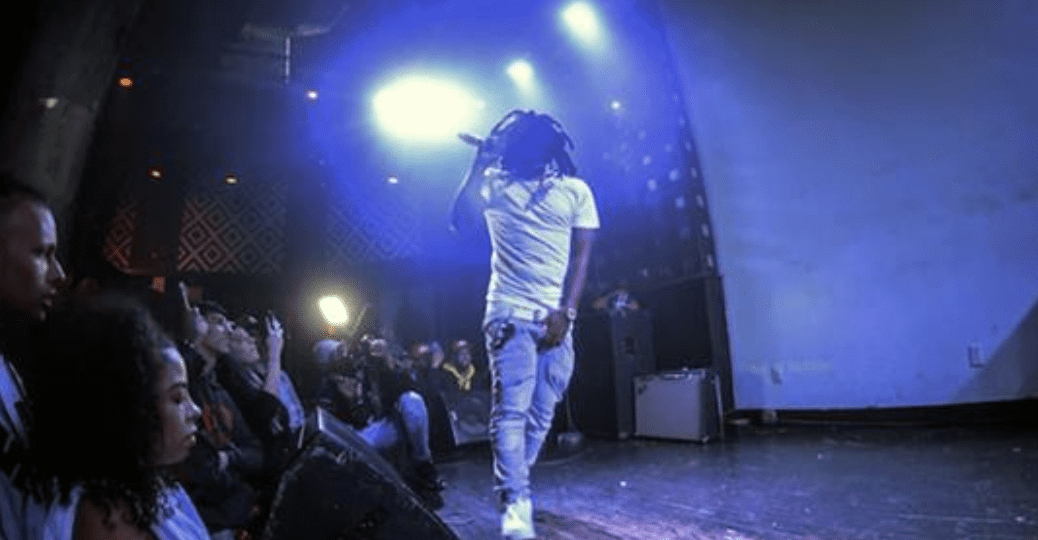 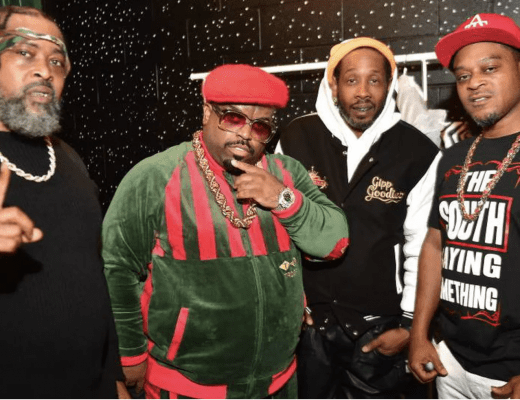 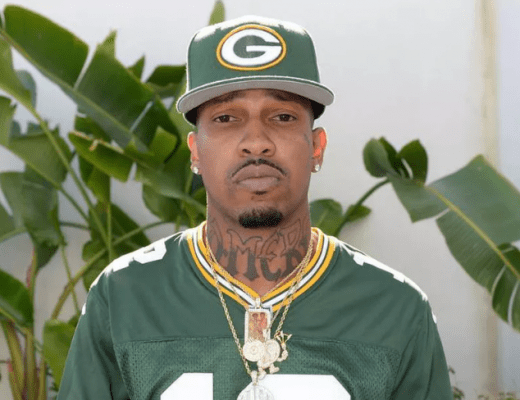