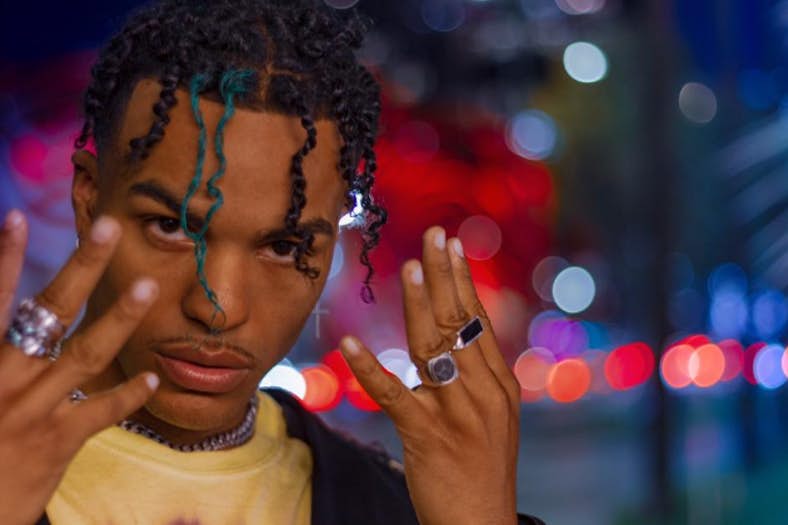 Bryce Oliver is ready to break into the mainstream light. Hailing from San Bernardino, California and extremely proud to put on for his city, the singer and rapper uses music as a coping mechanism for his own mental health battles — in hopes of healing others who are struggling in the same light.

Boasting 203K followers on Instagram alone, the rising artist is known for his alter ego SadLyfe Bryce, which comes alive when he’s in the studio. He states, “It’s been a lot of times when I’m in the studio where I black out and go into a mode. It gets me through the days, that’s why Sadlyfe Bryce balances me out through my highs and lows.”

When it comes to musical influences, he’s a fan of Prince, Kurt Cobain, Kid Cudi, Juice WRLD, and XXXTentacion. Most recently, Bryce unleashed the official music video for “Ghost Rider,” which has received critical-acclaim amongst old and new fans alike. AllHipHop caught up with Bryce in downtown Los Angeles to discuss his upbringing in San Bernardino,

AllHipHop: Being from San Bernardino, what were you seeing growing up?

Bryce Oliver: San Bernardino is what raised me, my middle school to high school years. I always claim San Bernardino no matter where I go. Coming up, I was walking through my hallways looking for someone I could be like. There wasn’t really anyone. Shout out to people in the IE doing their thing, I told myself I want to break that trend. There’s going to be another kid in high school walking through the same cafeteria, the same hallways I’m going through. He’s going to know “Bryce walked through the same hallways, Bryce ate at the same cafeteria. I could make it just like him.”

AllHipHop: At what point did you realize you wanted to do music for a living?

Bryce Oliver: I never wanted to do music, my first dream was basketball. My brothers were rapping before me, my young brother was always freestyling dope. My older brother’s freestyling, they always had bars. I didn’t really care. I was going through a lot of s##t like depression from relationships and life. I remember my older brother telling me “why don’t you channel some of that energy into music?”

Bryce Oliver: I used to make voice recordings on my iPhone, because we didn’t have no money for the studio. My bro took me to the studio to this producer named OhGoshLeotus, we played the voice recording and he made the beat. That was my debut song “Situations,” put it up for fun on youtube and it got 400K views. I’m like “I’ma be an artist now.” Ever since then, we haven’t looked back. We kept going.

AllHipHop: You just released “Ghost Rider,” who or what inspired this record?

Bryce Oliver: “Ghost Rider” is crazy because I watch a lot of anime, a lot of movies. From Sons of Anarchy to my favorite movie The Warriors to the Dark Knight, all that s##t put together. A lot of my music is visual. I watched those movies, started going into my mind. We went to the studio, OhGosh played the beat and Rarri engineered the session. I don’t really write, I freestyle. We went off the head and it came in together, started layering the parts.

Bryce Oliver: The ATV, everything. Drifting around me, I’ve never seen burnouts before. He had the Hellcat, the homies had the motorcycles and ATVs. I felt like I was in the woods, that s##t was cool. My boy GODLY shot the video.

AllHipHop: How would you describe your fashion and drip.

Bryce Oliver: I like all types of s##t, I like retro, it really depends how I’m feeling. I like rockstar s##t, s##t that bands wear, but we dripping with J’s too. I’m from the West Coast, but the way I dress is more East Coast. I wear Timbs a lot, I dress in layers. When people see me, they’re like “damn it’s too hot to be wearing boots.” I wear boots wherever I go: Timbs, leather jackets, all that s##t. We drip like that, keep it simple.

AllHipHop: Why are you the “Living Legend”?

Bryce Oliver: I’m a story that’s untold. I always felt like the world was supposed to hear me a certain way. I don’t want to be famous, the thought of fame gives me anxiety. I’m to myself, I’m super secluded. That’s the toughest part about being in this music industry. My main challenge is I’m a loner type of person but on these songs, I’m having to be vulnerable. I’m leaving my comfort zone for my fans so it’s difficult, but they help me.

I really check my instagram DMs, they tell me “oh I listened to the song ‘Finesse Gawd’, that helped me get through a breakup.” Or “I was thinking about doing something, I heard that song “Depression” and it helped me.” It funnels me to keep going. I don’t want the fame, I’m good. It’s like a contradiction, I want my music to be heard worldwide but I don’t want the perks that come with it. I’m doing my best to maintain, taking it day by day.

AllHipHop: You’re fully independent, funding everything on your own. How did you gain a fanbase?

Bryce Oliver: I’m not into social media like that. My brother already saw it, he said “we need to get you on Twitter and Instagram.” We created an Instagram. We had 15K, I posted a few pictures. When I dropped that song “Situations,” that’s when more people really started coming in. I really interact with my fans — I don’t call them fans, I call them the wave. We’re all one wave, there’s no pedestal of me. I’m nothing without my fans, they get me where I’m going. They’re buying my stuff, listening to my songs. When I see them at shows, s##t call me Bryce. You call me by my first name, we all one. The fanbase has been growing ever since.

AllHipHop: Best encounter with a fan?

Bryce Oliver: At a grocery store,someone came up to me and said “don’t you rap?” I played it dumb like “do I?” They’re like “yeah, you made that one song.” I said “what song you talking about?” They said “Finesse Gawd,” I’m like “oh yeah, that is me.” Someone really noticing me away from the musical environment let me know that my music is touching people. I know I can’t be there physically for everybody so I want my music to be there emotionally for everyone around the world. We’re tryna bring people together and help people get through their daily battle with demons through my music. It’s the cure, the medicine, the vaccine.

AllHipHop: How have you been adjusting to COVID and quarantine?

Bryce Oliver: It lets you know some real s##t, as far as your surroundings. When s##t gets real, people get fake. I started noticing that from the financial support to the mental support, people being there but the creativity never stopped. I looked at this COVID thing as the perfect chance to put out music and turn this negative situation into something positive. We haven’t stopped. If anything, we went harder. We putting out videos, songs. It hit someone in my family so it did affect me in that type of way, this s##t is real. I was wearing my mask when I pulled up. I went to a family reunion, they looked at me weird saying “we family, we ain’t gotta wear the mask.” I wore it the whole time at the barbecue. Overall, I pray it gets better. Musically creative, we’re going to keep moving forward.

Bryce Oliver: I’ma tell you the things I don’t need. I don’t like anybody in the studio. The only person that comes to the studio is my little bro or my older bro who is my manager. I don’t like people being in there, I don’t really have homies. We lock in, I go into a different dimension. I create this world for SadLyfe Bryce, we craft all of our records like that. I like being alone in real life so when I’m in the studio, it don’t change.

Bryce Oliver: I wanted to play basketball, that was the main thing, I was serious in basketball, I played travel basketball, AAU. I was good at track too. If it wasn’t for music, I don’t know what I’d be doing because I was heading down a dark road. Music saved my life. Depression is real, mental health is real. There’s been days where I’m like “what is my purpose? It got really dark, like tunnel vision dark. Music came, it was meant to save me. God knew I wasn’t going to make it without it.

Bryce Oliver: I want the fans to not remember me because of my music, but my identity and what I stand for. My main goal is to keep making music that’s real to me. If something’s real to me, it’s going to appeal to the masses. I don’t want to be famous, I want my music to be heard worldwide and bring people together.

Bryce Oliver: I advise every artist out there to find yourself before you get into the industry. If you don’t, you’ll become somebody you’re not. There’s sharks in the industry, this world in general is designed to break your spirit. I’m not embracing sadness or depression, I say SadLyfe because if you’re dependent on this world to find happiness, to find who you are, you’re going to lose. This world is designed to see you fail from the day you’re born. Keep that s##t going. To all my supporters and stuff like that, I’m not s##t without y’all. Y’all keep me going. Mentally when I’m feeling f##ked up, I go on Instagram and go through 500 to a 1000 messages. My fans really check on me, away from music. I really tap in with them. Stay true to yourself. 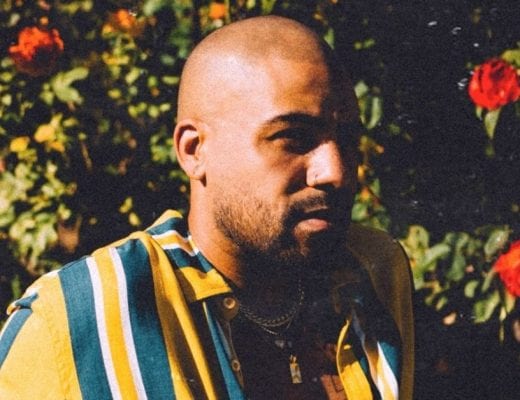 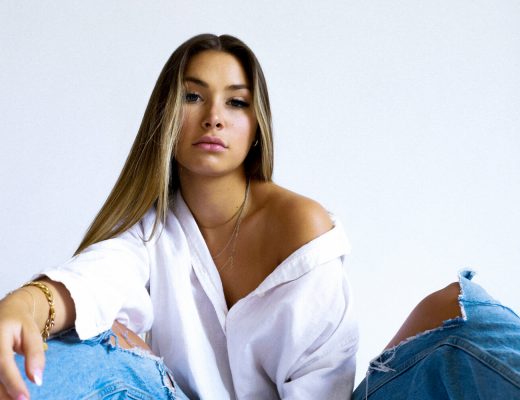 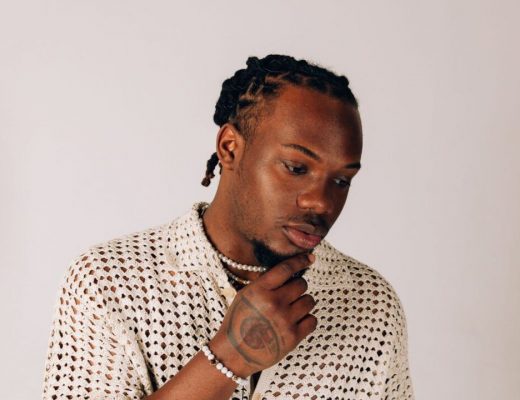