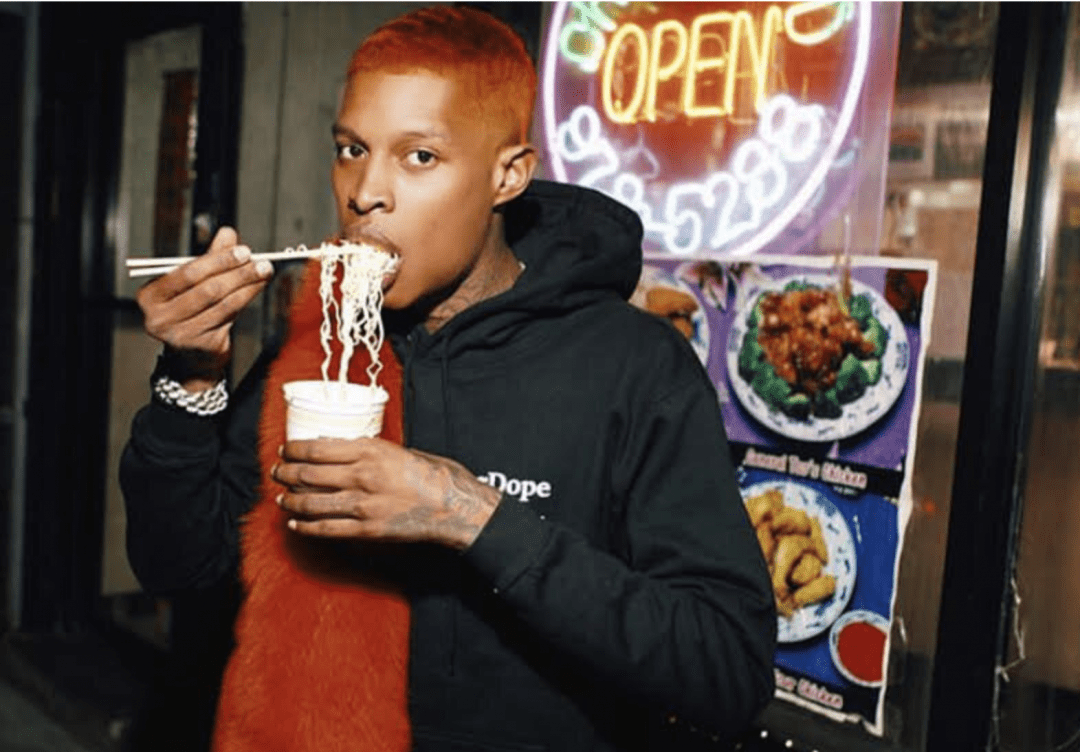 SuperDope Q is more than just a fashion guru, he’s a rapper, entrepreneur, influencer, and overall light in the entertainment industry. Currently based in Atlanta, the Milwaukee native has styled all your favorite rappers: from The Migos and Mulatto to YFN Lucci and Young Dolph to his blood cousin, actor Jacob Latimore. If there’s one thing Q knows, it’s how to stay drippy.

Ever since his teenage years, he swooned his peers in school shutting down talent shows, winning Prom King, and even deemed “Best Dressed” in his class yearbook. While fashion’s always been his thing, he proves he can spit bars too. Getting his big break with Ceaser of Black Ink Crew, he worked his way up from personal assistant to starring on the show.

Most recently, Q released his newest single “Baller Alert,” with a vibrant visual to match. On the business tip, he owns a clothing boutique in Milwaukee and has a unisex fragrance line called Carmae. And still, he continues to push for representation in the hip-hop community—representing for all the LGBTQI that they too can turn their dreams into a reality.

Flaunt caught up with SuperDope Q via Instagram Live, to discuss

You were always fly, talk about winning Prom King and best dressed in high school.

In high school, I used to dress up a lot of girls. Every time we had fashion shows, I’d dress everybody and try to put on fashion shows. I’d try to bring stuff I saw on MTV to my school, try to recreate and reenact that shit. It used to be lit, I started getting popular with that first. I was on the football team. I played a lot of sports except for basketball. I can’t play no fucking basketball, I dont know how people play that shit. I was wired to be running for the football team. I did dance, soccer, cheerleading, all that shit. I ran against all the football players for Prom King and I won. They were mad, writing on my pictures, doing all types of stuff on my promos. They’re pissed off writing on my shit and I still won against them hoes! They already know who they are, now look at me. [laughs]

Did you know you were going to win? Everybody loved you?

I didn’t know I was going to win. I’m against a quarterback, the other quarterback, people like that. It was crazy I did win, it was lit. I’m a people’s person. I always fuck with people, always good conversation. Whoever I sit by, I chop it up with people. I never was the Hollywood type.

Where do you get your fashion inspo from?

I used to get it from Fonzworth Bentley and Pharell. I used to look at a lot of Pharell’s stuff, he’s the one I’d always watch when I was younger and be like “ah he’s flawless.” His videos, looks on the carpets, he’d be different. He’s wearing those hats, doing all types of different stuff. Doing commercials, doing “Change Clothes” with Snoop Dogg. That’s big, he’s the man.

How’d you get to style for all these celebrities?

Networking’s a big thing in relationships. I speak, I work, this is what I do. I wasn’t worried about nobody else. There’s a lot of stylists out there, I’d never have any problems from nobody because I was always in my own lane, doing my own thing. It was my work ethic honestly. I saw more and more people call, I learned what to charge. I learned how to get my business started, got more and more different people.

How was styling for Keke Palmer & Jacquees?

I’d already been out with Keke, I was shook. My homeboy’s a photographer, he called. I first met Keke first on TMZ. I went out with my friend and my PR at the time, she’d link me “oh yeah, it’s Keke.” I was styling Jaquees, we always turnt up in the strip club. We got on TMZ, I’m like “damn this is lit.” My friend said “you should style Keke.” I’d run into Keke because Keke knows my cousin Jacob, they’re both actors. It was a word of mouth, you know how the industry is. Everything’s word of mouth. Being in rooms with those people, have other people speak about you without you being there. Being able to call you, find you and look you up, that’s what’s up. I’m excited. I’m blessed to be styling the lit rappers, it’s up.

Yeah, I had to feel everybody out. I come in with a lot of energy sometimes, ”what’s up, I’m Q! You good?” Takeoff doesn’t talk too much, I’m over here talking to Offset. It was funny. [laughs] Quavo was cool, they all was cool. I was a little nervous at first but everybody was digging what I had. I’m down with the lit phase, I want that rockstar jacket. I’d come with different types of things. The vintage t-shirt, cut up.

What’s it like seeing your cousin Jacob Latimore on the small screen on The Chi?

He’s lit, it’s crazy. I was styling him through his music and videos, then he grew and prospered. We had to separate because now we’re both busy. I didn’t ask to be a lit stylist, I was a stylist before I got on TV and started doing music. When I was styling Future, I’d see Future, Young Scooter, this rapper, this person all in one group. They know each other? I hear stories, everybody was turnt. Everybody gets their moment. Now, he blessed my moment. He helps me, I appreciate it. I go to his house, he calls me still. I have my cologne, he comments on my videos. He tells me what I’m doing good, it’s all love. I’m going up this year with my music.

What’s the premise of SuperDope Closet?

SuperDope Closet is the closet full of things that are dope, creative, one of a kind. The place that you wouldn’t get anything alike. SuperDope Closet is something special, it’s super dope. You can come into this closet and come out a whole different person, come out with whole new swag. Something new, fresh, always above, and not on trend. We’re always above time.

How was it to become an entrepreneur? Were you ready?

No, I just made it look real good. No cap, that shit was a struggle. Grinding and trying to figure out how to do this, how to stay afloat and how to stay hot. You can get into this shit and be gone, just like that. [snaps] Gotta stay afloat and ahead, think on your own. It took a lot of time and mistakes, spent thousands on the wrong shit. If it’s something you really want to do, you’ll fall through with it.

What does it take to keep your hair so perfect?

That’s the secret! My product. I make sure it’s pretty, I keep it hydrated. As far as black people, we need to keep our hair hydrated. People don’t understand that, they be outside and not understanding that the sun is beaming. The sun really drains your body, your soul, and your hair. [laughs]

I heard you have a project in the works…

I’m coming out with a hair dye really soon! HairDope by SuperDope Q.

Going up and down Collins Street, seeing the people out there turn up with me. We’re giving them shots, they’re turning up. Enjoying life being out there. Everyone we ran into were like “what’s up Q?” I’m shooting my video, we’re turning up! It was fun. I had all my friends down there, my designer. It was a good video. It wasn’t just a pull up, my first actual production video that I put together and organized myself

Talk about doing music on top of everything else you do.

I love doing music. I’m working on a mixtape with more my singing side. I do both, I rap and sing. I’m trying to get on a show like Rolling Loud. A couple of people I have a feature from is performing on Rolling Loud, I gotta get on there.

What does it mean to be queer in the entertainment space?

I’m coming out in my own lane. You accept me for who I am, whether you like it or not. My music’s equivalent to everyone else on the charts, who has #1’s. I’m behind them, just as good as them. Hip-hop music isn’t the first thing you expect from me. My music’s bright. They won’t put me in one lane or one category. I want to show I can get up there too doing the music I’m doing and being me. Take me as I am. [laughs]

To have a successful businesses. I want a chain and have different locations of my business, just like Caesar has Black Ink’s in over 6 states. I want to have businesses in a couple states, I wish all 50 but you gotta start somewhere. 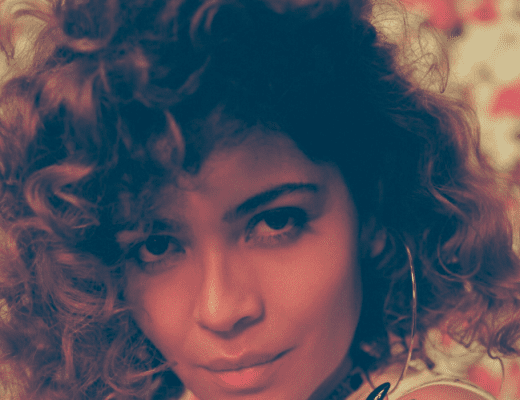 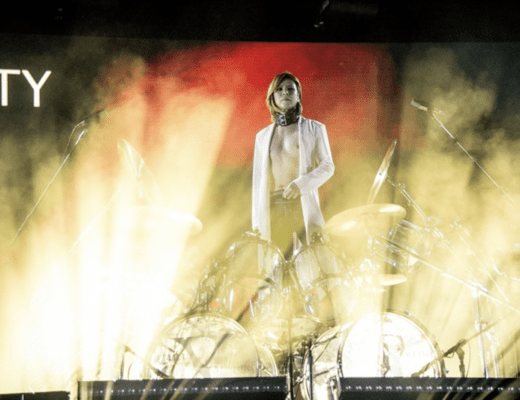 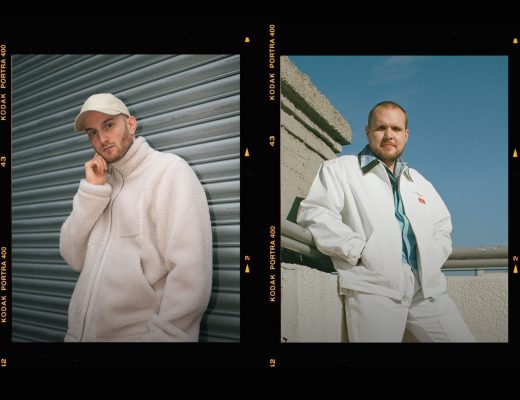