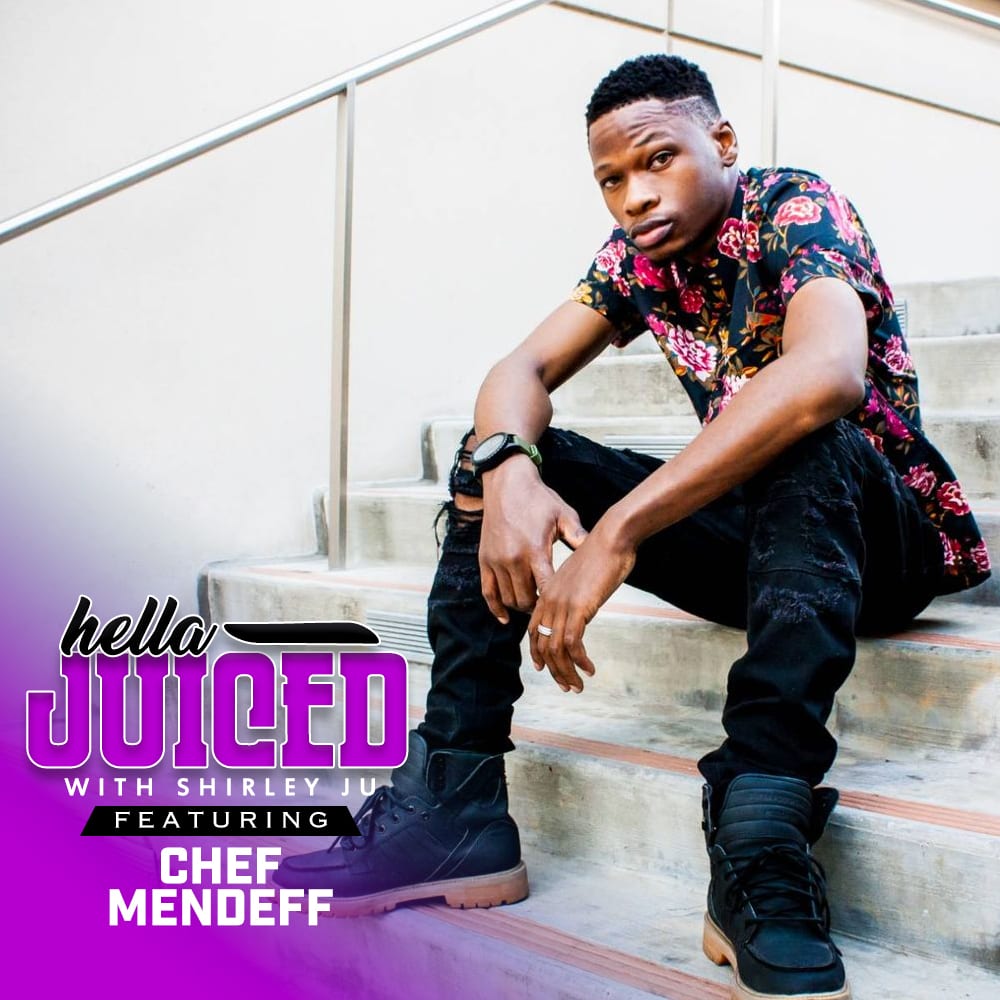 Chef Mendeff is here to not only put on for South Central LA, but prove he has the talent to hang with the big dogs in hip-hop. Splitting his time between being a professional chef, father, and rapper, the “Trump Kush” artist proves you can do anything you set your mind to, as long as your passionate and dedicated. Read more…

A true product of the independent grind, Mendeff has unleashed a few projects, including his New Sheriff and Unsuspected EPs. Bringing in the same spice and pizzazz from his cooking, he prides himself in unleashing feel-good music with meaningful lyrics to match. Touching on everything from a good time to issues in our society today, he is both eager and excited to unleash the records he’s got stored in the vault.

For those who don’t know, who is Chef Mendeff?
He is a person who takes music to a whole new level. I look at my voice as the instrument. I look at that as the same way as I cook. Cooking is all about having the right recipes, marinating everything to the right taste, and that’s what I do with my music. I spent enough time to realize whatever I do to any of my songs, I make sure that it comes out pure and unique. That type of feel-good music that people can relate to. That’s something that I believe makes me different than other rappers.

Where do you fit in the realm of hip-hop and R&B?
I’m a little bit of everything. I’m mostly hip-hop, but I have a variety of styles. I can switch to pop. I would even do some country if I could. I’m just all around. I believe that I can fit into all categories. You’re from South Central, how does that play into your life and career?
It’s an environment where you are surrounded by gangs. You see a lot of violence here and there. You look in the news and when you hear about my side of town, you don’t always hear too many good things. I just want to be one of the people to come out and represent South Central, because it’s not just bad, it’s good too. What inspired me to do music is seeing all this negative stuff. It made me want to look at it like there’s better things. Instead of being successful and just moving away, I would love to do things for my community to make it better.

How important is it to come to LA as an up and coming artist?
It’s very important. It’s a big thing to me because there’s so many LA artists that’s out right now. There’s so many people that’s trying to do the same thing in LA, but to actually come out and be successful, and hear your name be brought up, it’s a major thing. Because it’s so hard — I believe if you can make it in LA, you can make it pretty much everywhere.

At what point did you realize this music thing was forreal?
When I did EP called Unsuspected. When I accomplished my first project, that’s when I realized “this is really serious.” I can’t stop no more, I got to continue doing it. Once I realized the music I was making, when I was putting it out and people were starting to catch on, I was like “yo, I can go really far with this. This is really real.”

Talk about enlisting AD & G Perico on “West Coast Anthem”.
I reached out to AD and G Perico. They both from LA, and both cool people. They showed me much love. I introduced them to the song and they liked it. When G Perico first heard it, he said he was going to jump on it. When he did his verse, that was amazing. I was going to leave it at G Perico at first, but I was like “let me see if AD will go with it.” AD heard it, he did his verse, and I was just like “yo, this is going to be a real big classic.” I have nothing but love for both of them MCs. They both doing they thing.

Talk about linking with Zaytoven on “Trump Kush.”
I reached out to Zay. I never met him in person, but I spoke to him over the phone. It was just an amazing moment. He’s a big producer who’s worked with so many artists. When I talked to him, he just asked me what type of beat was I looking for. At the time, I was like “give me anything that got that good turn up vibe, something that’s catchy.” He was like “alright, I got you,” and sent over a few beats. I was listening to a few and was just like “okay I found one.” After that, it was history. That was a big move for me and it was really something special.

What is it you want fans to get from your story?
I just want them to know that I was once that person who was overlooked, who was told I was never going to be able to go far. I was bullied. I was always the underdog. I just want to show people that no matter what happens in your life or whatever you’re going through, you can always remain on top. Just stay focused, continue following your dreams, and do what you love. What is your take on the music industry?
Well for right now, I’m still learning, so I can’t really fully give you an answer. But as far as what I’ve seen and witnessed with the music industry, you just have to keep your patience. A lot of things might not move in the time that you want, but if you just stay patient, things might work out. Ask anybody that’s trying to come up, you have to have patience in this game.

What are some goals yourself as an artist at this point of your career?
I would love to be on the billboards. That’s one goal. I just want to get as big as I can, and my songs to get a plaque. And get on that stage as well.

How important is social media for your career?
Social media is very important, that’s where you get all your fans. That’s how you make yourself known. Social media is very big to anybody, and for me definitely. These are the people that see what you do. They wouldn’t have no clue who you are if you don’t put yourself out there.

What’s a normal day in the life? Walk us through.
Wake up in the morning, kiss my daughter. How old is she?
She’s 11 months, her birthday is next month. Spend time with my daughter, go out and go straight to work. I cook mostly all day. I get off late at night and that’s my time to sleep, but I don’t. That time is when I write music.

What do you need in the studio?
All I need is a cool lil’ drink, not alcohol though. Just lemonade or some chips, and I’m good. I’m in my zone.

What would you be doing if you weren’t doing music or cooking?
If I wasn’t cooking, I’d probably be doing something with music like learning how to make beats. That’s something that I want to do.

Have you been performing at all?
My last show was a couple months ago, I opened up for Young MA at The Roxy. It was a really good experience. My dressing room that I had was right across from hers, so I met her. She was really cool. She’s a real dope MC. She did an amazing show that night. It was truly amazing. I definitely hyped the crowd up. Not just that, I met Desiigner that night too. He was with her and her entourage, it was all love. She’s real cool down to earth. I’m just looking forward to doing more shows soon. Who’s the most played artist on your phone?
I listen to Fabolous and Young Thug.

What advice do you have for an aspiring Chef Mendeff?
Just stay focused on your craft. Don’t give up and don’t get distracted. There’s a lot of things that get in your way when you’re really trying to start getting focused. You gotta understand God puts things in your way to test your faith and see if you’re really ready, because life is crazy. Just remain focused and stay humble.

Anything else you want to let us know?
New music will be dropping soon. Stay tuned, I got more heat in the streets. Follow on chefmendeff.com! 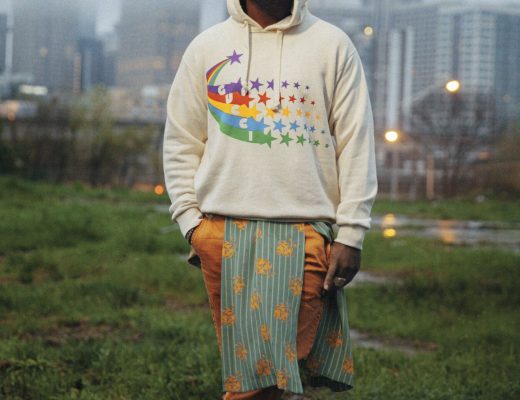 DAVIDO | THESE SEEDLINGS? THEY NEVER MISS Meet Cette 3: The New R&B Group On The Scene 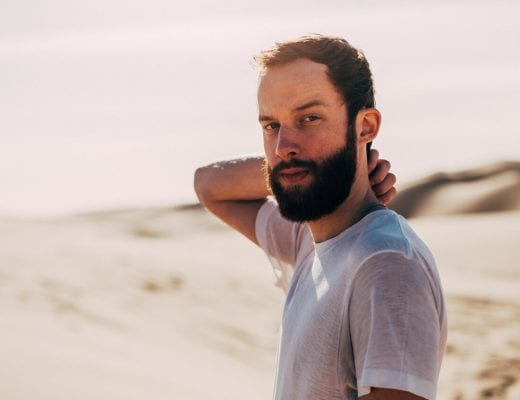