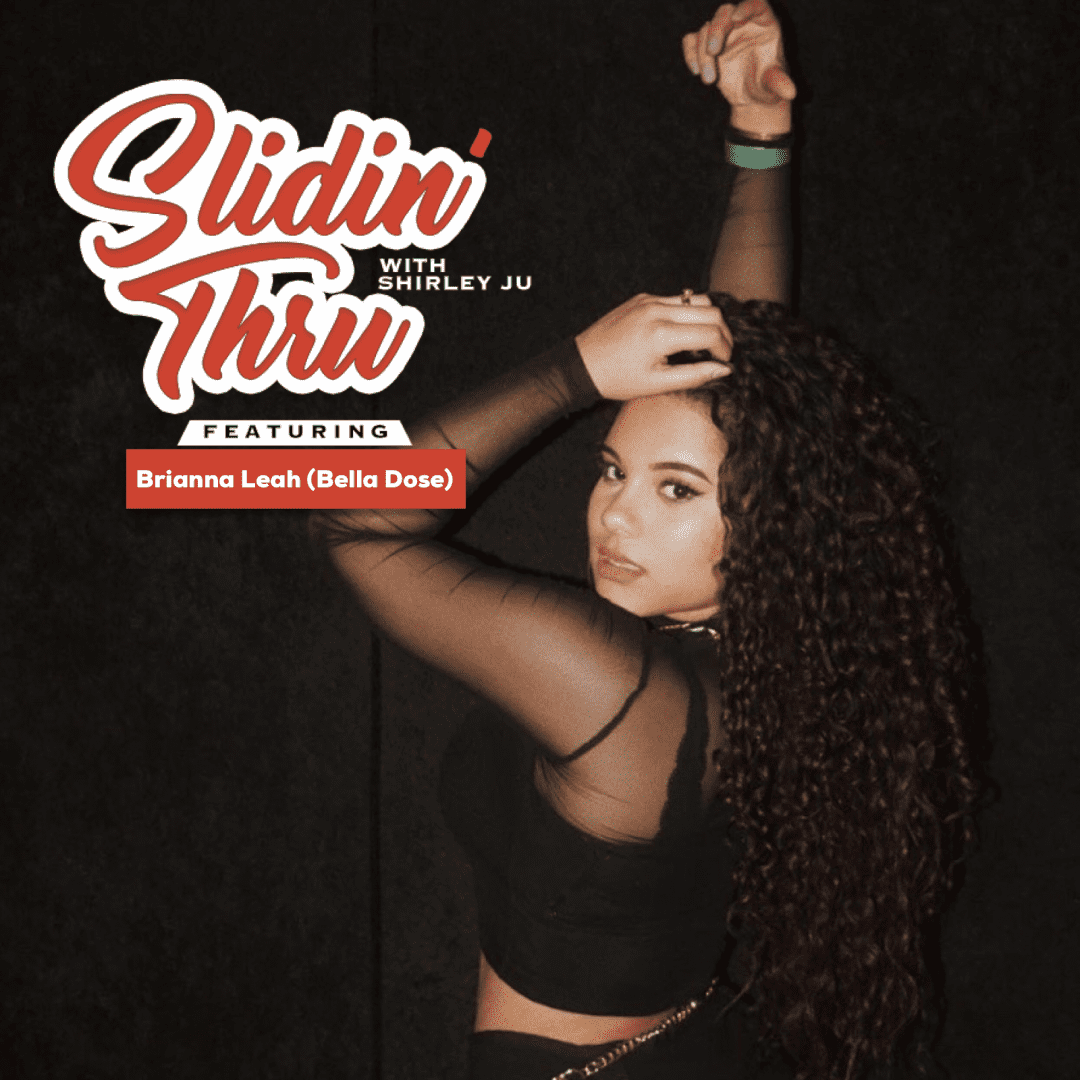 Bella Dose is the world’s first bilingual Latin girl group, a fun fact many people may not know — which brings us to Brianna Leah. Having just turned 16 years old, the singer-songwriter is incredibly talented in her own right. She’s also DaniLeigh’s little sister, the Def Jam artist who blew up with her single “Lil Baby.” Read more…

The girl group came into fruition 2.5 years ago, when Vicky decided “you guys will be the ones in the group!” Serving as the de facto creator, she auditioned Brianna, Thais, Jenny, and Melany — who all reside together to this current day. Who wouldn’t want to record all day at home with their best friends?

Most recently, the ladies shut down the stage at The Basement in Los Angeles.

Talk about being in a girl band, I feel like that’s rare nowadays.
Well being in a girl band is honestly really hard. People really downgrade how hard it is. Harmonies, dance choreography, it takes a lot of time, work, and dedication. It’s just about loving your passion.

How would you describe Bella Dose for someone who’s not familiar?
We’re very global, we do a mix of different things. If you want urban, we can give you urban. If you want R&B, we can give you R&B. If you want pop, we got the pop. One really main factor is that we’re bilingual. We add a lot of Spanish and a Latin vibe — our culture in everything we do.

What’s the dynamic like with the rest of the girls?
One thing we like about our group and are strong in is being equal. Because a lot of girl groups will try to separate everyone, but each of us brings something that makes Bella Dose. Thais is spunky, fierce. Jenny’s crazy, wild. Melany’s the baby doll, the cutest and sweetest person you could ever meet.

What are you?
Vicky: A powerful, outspoken, strong woman.

You’re from Miami, how does that play into your life and career?
I moved out here with my mom and my sister when we were younger, around 8 years old. We went back and forth. I’d say I grew up here and also Miami, it’s confusing. It’s a whole long story. All my family’s in Miami, but Cali’s also my home. How does being from Miami play into your life?
It’s a lot. It’s a feeling. Everyone knows when you’re from Miami, you’re wild, crazy, loud. You’re Latin. You speak some type of Spanish even though you’re not Spanish, Miami is super cultured.

How important is it to come to LA as an up and coming artist?
LA is pretty important. I’ve noticed when you come out here, you learn how to network and get a whole bunch of connections with people you’ll never probably meet in a small town. Also, the vibe here is so musical. Everyone you meet down the street is a singer. It’s a super love of music.

You actually started out doing Youtube covers. At what point did you realize this music thing was forreal?
I was like “I want to take this serious” when I opened for Prince when I was 9. My sister directed one of his videos when she was 18, for “Breakfast Can Wait.” He flew us out to Minnesota. He’s like “hey, I want you guys to come and hang out with me.” We didn’t know anything. The night we got there, he’s like “listen to my band play this song, “At Last.” That’s the song I always sing, my favorite. He’s like “by the way, I want you to open up and perform with me tomorrow. I was like “wait what?!” I was like “omg this is so exciting, this is a legend. I’m performing with a legend.”

You had your own set?
Yup, I sang “At Last” and after he joined me on stage. It was such an amazing experience, Prince is such a nice person. He has a genuine love for music. You can just see music oozing out of him. It was a really good vibe to be around.

How far apart are you and Danileigh?
She’s 24 and I’m 16, so 8 years. Me and Dani’s relationship is crazy because since we’re far apart, sometimes we won’t get along. It’s so funny because I’m very critical of her performance and everything. I’m like “do this, do that.” Even though I’m younger than her, she still takes my opinion really strongly. It’s something I can’t take for granted ‘cause she’s a dope sister. She’s amazing.

What was it like seeing the success of sister Dani?
It was awesome. Actually, the first day I heard that song before it was out, I was like “Dani, this song is going to be huge!” Me and the girls listened to it every day, it was our favorite song she’s ever made. Then she did the #KekeChallenge, she was like “okay I’m going to put it out nowl” And it blew up. A lot of people liked it. I knew it was going to happen ‘cause it’s such a feel good song. You want to dance to it all the time.

What’s the best piece of advice she’s given you?
To stay true to who I am and make sure the music I do is what I love to do. To be the artist I want to be.

What do parents think?
They’re very supportive of everything we do. They’re the reasons why I started our whole career. I thank them so much because if it wasn’t for them, we wouldn’t be in California. They dropped a lot for us. It’s amazing to know they did that and are so supportive.

What is it you want fans to get from your story?
Be persistent and never give up because it’s going to take a long time and effort. It’s going to drown you out sometimes, you’re going to feel like giving up, but always stick to it. If it’s your passion, it’ll never be a job. It’ll just be fun all the time.

“Muevelo” is a vibe. Talk about shooting that visual.
I love that song, it’s so much fun. We actually filmed it in Puerto Rico, it was amazing. Yauco is such a beautiful town. The way they live, the culture’s so beautiful. They paint their houses too because after the hurricane, it was destroyed. They paint them different colors to bring light to the community. It was an amazing experience for them to see us film there because we really wanted to showcase that in the video.

What are some goals for yourself as an artist at this point in your career?
Right now, for Bella Dose to put out an EP or album, because we have a lot of music videos that are unreleased. I’m really excited for people to see all the music ‘cause we’ve been working really hard the past two years every day. Writing songs in the studio until 7am, it’s exciting to show them.

3 things you need in the studio?
Coffee is the main one. The studio has to smell good, aromatherapy is nice. Also great lighting. If it’s too bright, I can’t work. Some dark and soothing lighting.

How important is social media for your career?
Social media is so important. It actually sucks because I’m the type of artist, I’d rather be off my phone and write a song then take a video of me signing. It’s hard to stay disciplined with that but we realize it’s a big part of what we do. We try to stay on it all the time but it gets stressful. It gets hard.

Who’s your favorite person to follow on IG?
Ariana Grande, I love her. I love her theme. It just really showcases her personality.

Are you in high school?
Yes, I’m homeschooled. I’m actually trying to take the test so I can graduate.

What would you be doing if you weren’t doing music?
Fun fact, I always wanted to be an interior designer. What’s the best encounter you had with a fan?
Recently in New York, Jenny posted a boomerang of us in the mirror. They didn’t know where we were staying. All of a sudden, they show up at our hotel. They’re like “omg, we love you guys!” We’re like “oh hi!” They’re like “we took trains and trains to get here. We didn’t know you’d still be here, I’m so happy we got to see you.” It’s crazy how they find us. It’s really funny the dedication they have. So awesome though, I love it.

Who’s the most played artist on your phone?
Julia Michaels. That’s my inspiration for writing and everything I do. She’s so talented in everything she does. She’s one person that I’d probably fangirl over. If I see her I’m going to be like “omg.” [laughs]

Is there any other artist that you would fangirl over?
Actually no, I’m kind of chill with that stuff. I’ve learned they’re normal people too. You can’t freak out, you gotta stay calm. Surprisingly, I wasn’t starstruck with Prince. It felt like family, so it was different. The way we met, he was automatically like my uncle.

What’s the best memory you shared with Prince?
The second time he flew us out to Daisy Park, he actually threw this pajama party. It started at 3am, all the way till 7am. Everyone was in pajamas, he was in pajamas, we were all in onesies. It was so much fun. He loved pancakes, so he had his chefs make us all pancakes. I was like “I’m eating pancakes with Prince right now.” It was just a really fun moment. Me and him were really close. The way we talked all the time, we’d always make jokes. Any moment with him was so amazing.

What advice do you have for an aspiring artist?
Never give up because it’s really gonna be hard. A lot of people are going to tell you you’re not worth it and you’re not good enough, but honestly if you believe in yourself you can get anywhere. Persistence is amazing. 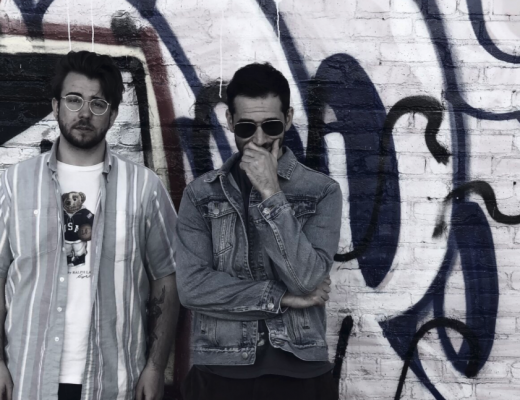 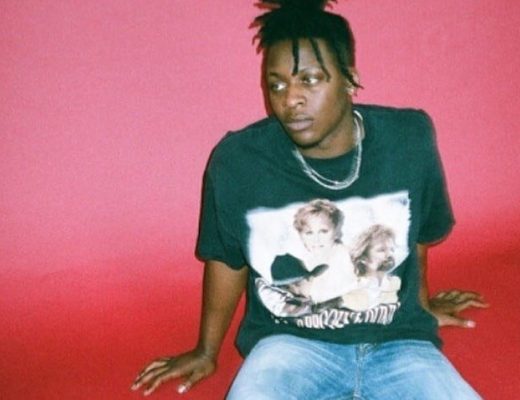 UNOTHEACTIVIST HAS ENTERED INTO A DEAL WITH TOO LOST. 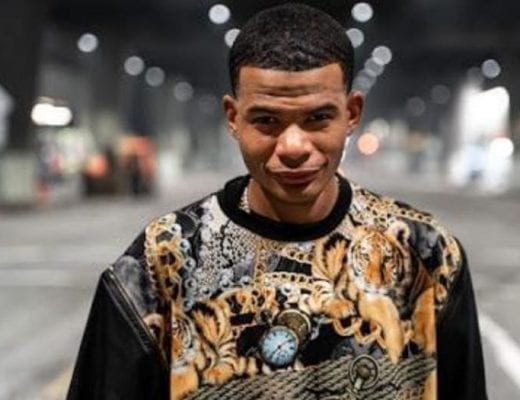 Hugh Lee Tells His Story From The West Side Of Chicago