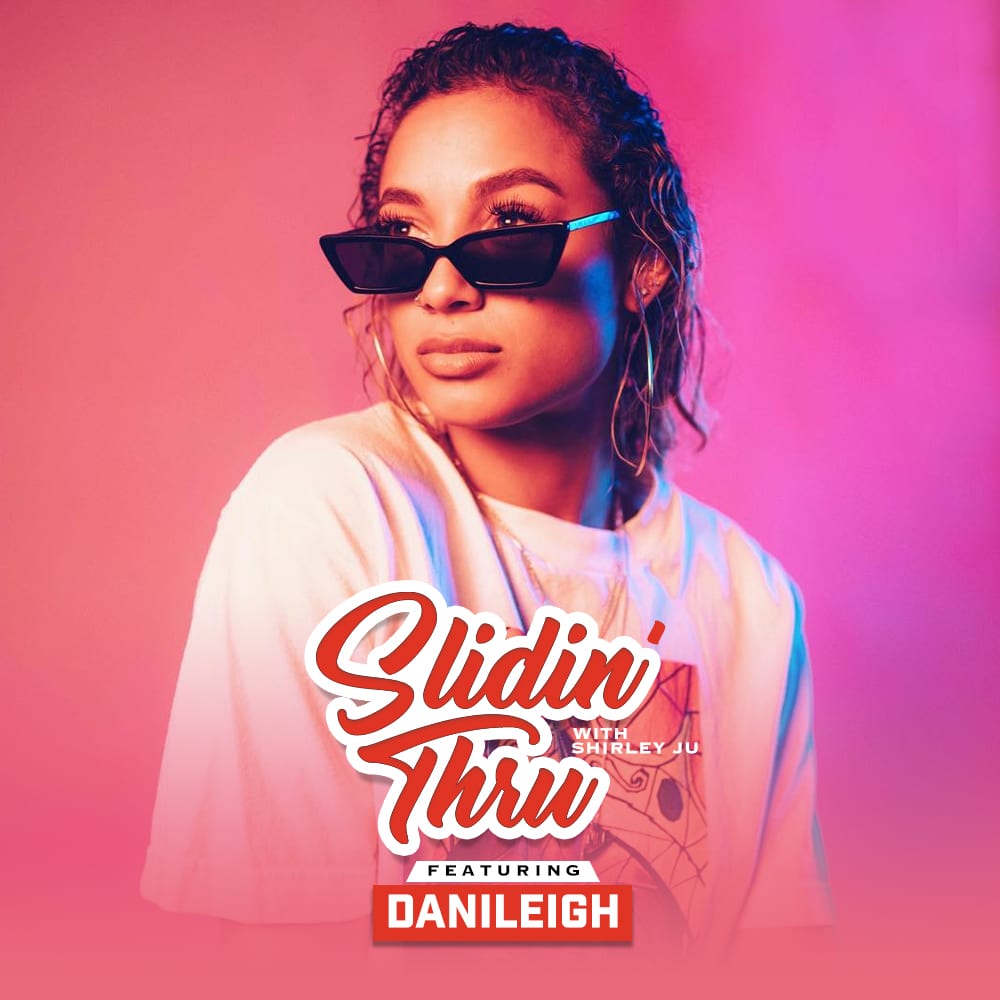 “My lil bebe! Change your price tag.” “Lil Bebe” by DaniLeigh is a straight vibe. From posting YouTube covers at 14 years old to now signed to Def Jam Records, real name Danielle Curiel is the definition of a hustler, maximizing her talents in all facets of music. Before diving into her career as a recording artist, Dani did choreography dancing for artists such as Pharrell, Nelly Furtado, Pitbull, and Daddy Yankee – to name a few. Read more…

At 18 years old, DaniLeigh got the co-sign of her life working with Prince on his 2014 song, “Breakfast Can Wait.” On that note, she decided to take a leap of faith and quit dancing, shifting her focus to music altogether. Fast forward to 2018, the numbers reveal she made the right decision. “Lil Bebe” averages 90K streams a day, with 1.5 million streams in the US alone.

PS, her “In My Feelings” video is at over 9.6 million views on IG alone.

For those who don’t know, who is Danileigh?
Danileigh is a 23-year-old girl, who has been living in Cali for 8 years. Originally from Miami, Florida, lived there until I was 10, then to Orlando for 6. Both my parents are from Dominican but they are originally from New York too. I gotta make sure that’s included. You’re from Miami, how does that play into your life and career?
My life, I would say I love, love Spanish food. My attitude, my personality is super Hispanic and Dominican. And then my rhythm. How I make music definitely plays a part, because my parents would always play music all the time in the house when we were little. There were always parties, so that’s a big part of me.

How important is it to come to LA as an up and coming artist?
It’s super important. LA is a great place for a connections and just networking and meeting other artists. A lot of artists are out here, so just going into different rooms and shaking hands. Just putting your face out there, LA is a big place for that.

What’s your favorite part about the city?
I love the weather.

At what point did you realize this music thing was forreal?
I would say when I got signed to Def Jam. I was doing it independently for a couple years but I didn’t get to see as much respect, I guess I would say, for my music.

What is your take on the music industry?
It’s Hollywood man. It’s crazy. You gotta know what it is and not let that take away from your energy or how you look at things. Because people can be super fake. You just got to be like, “Well it’s Hollywood, but I ain’t gonna let that make me fake.”

“Lil Bebe” is a slap. Talk about how that record has changed your career.
Thank you. That record has definitely opened doors for me as far as just the genuine support on it. I see that this is a song that everyone genuinely likes. It’s cool seeing people post it without even knowing me.

You mention this record is different from the rest of your upcoming project, The Plan. Talk about your mindset creating this one.
This is just everything I’ve been going through. You know, I was in a relationship, so that’s in there [laughs]. My family plays a big part in my career and I talk about that in my album. Just going through what I’ve gone through in this career. Keeping my head up, the fake-ness, and everything like that. This album is real deep, so you get to hear more of my story.

What is it you want fans to get from your story?
For me, through it all, I have always had a positive outlook on things. Just to stay positive and to keep working hard and believe in yourself. Don’t let anything take you down because everything happens for a reason. You have to look into that purpose and ask “what was it for?” And never do it again.

You mention being in the studio with YBN Nahmir & Lil Yachty. Will we see them on the album?
Yeah, yeah, they’re in there. [laughs].

Any other features?
My brother Bill$, and Chris Brown is about to hop on it.

How important are co-signs in the game?
I think they’re super important. You can definitely do it on your own without co-signs. I mean, J Cole does it. [laugh] You don’t need it, but sometimes people are just like “Oh, they fuck with you? I fuck with you now.” Sometimes, just about the perception.

Your “In My Feelings” dance was adorable. How important is social media for your career?
Social media is everything, honestly. Everybody every day is scrolling through the Gram, so that’s a great place and a platform to show what you do. It’s important to take that serious and make it super dope.

What did you do with your first advance?
So I moved out of my parents’ house. [laughs]. Got my own apartment, which is cool, with my friend Cherry. I mean, I went shopping. I definitely went shopping. Gave my family some money, gave a couple people some money, had a couple loans. You know, had some fun. 3 things you need in the studio?
I need a vibe. I like the lights down when it’s just the vibe. I definitely like to smoke. I don’t really need liquor or anything like that, but if it’s there, it’s a vibe too. And loud speakers.

What’s the best encounter you had with a fan?
This girl, she started crying. It was so cute. I was like “oh my god.”

What would you be doing if you weren’t doing music?
I don’t even know. I would be in the entertainment industry. I think I’m a super creative person, so somewhere, doing something.

Who’s the most played artist on your phone?
Maybe Drake. [laughs] Top 3 favorite Drake songs?
Dang, I love so many Drake songs. That’s crazy to narrow it down. I like “Marvin’s Room.” That one’s fire. I was just listening to his old stuff. On his new stuff, I like “Nonstop.” That one’s fire. On More Views, I like the one with PARTYNEXTDOOR, “Recognize.”

I love this. [points to patience tattoo]. When’d you get that “patience” tattoo?
I got that maybe 8 months ago, while I was on tour. I always get tour tattoos.

Have you gotten one this tour?
I haven’t got one yet. We got a couple stops left, so we have to get one.

What’s it gonna be?!
I don’t know. Something to just represent the tour maybe,

What’s been the best part of opening for Teyana and Jeremih?
Just getting to perform for new cities and just gaining fans. 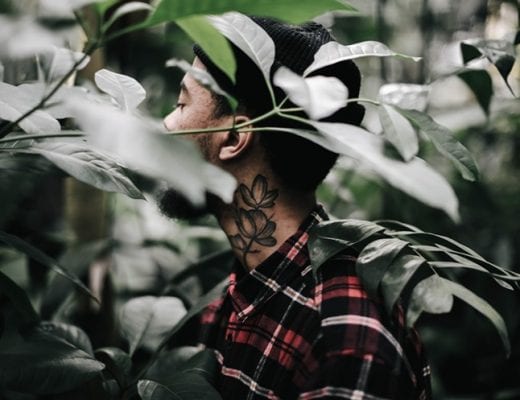 Trouble In Paradise For Elhae 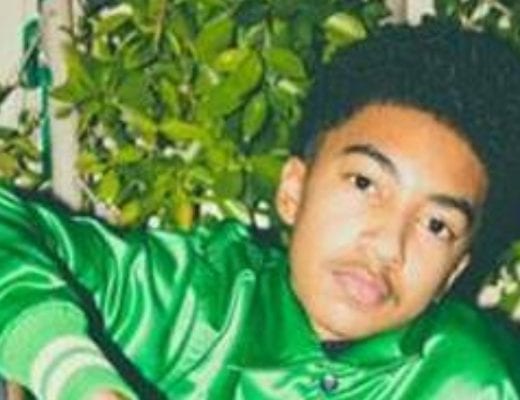 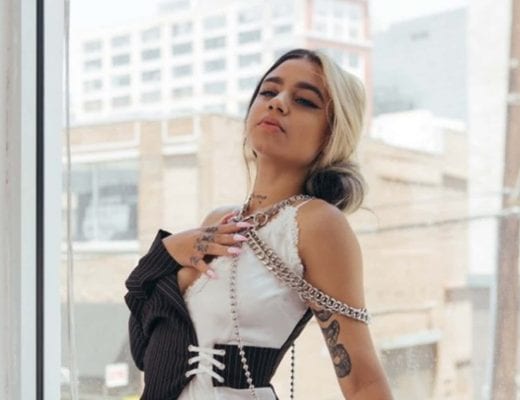 Lil Keyu Does NOT Want To Be Compared To 6ix9ine