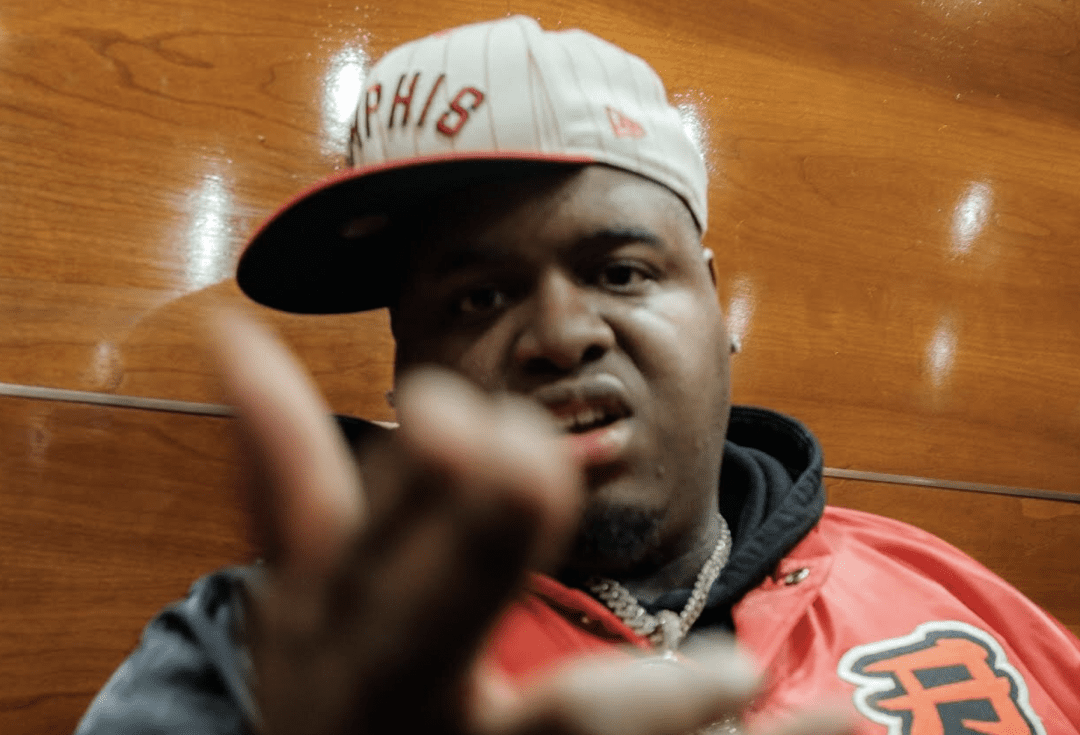 Duke Deuce is this generation’s “King of Crunk,” because he says so. Back then, we had Lil Jon. Now, Qualify Control unveils yet another superstar in the making: Duke Deuce from Memphis, Tennessee. The rising rapper didn’t just go viral for his music, but it was his dance moves attached to the record that made him an overall entertainer.

Duke describes himself as “a legend in the making,” simultaneously reminding you he’s the “sexiest fat n*gga alive.” His father is legendary producer Duke Nitty, whose credits include Gangsta Blac, Nasty Nardo, Dem Thugs and Mobb Lyfe.

Plus, he gives hopes to all those in the streets that they can one day make their dreams into a reality also. It was hit singles “Whole Lotta” and “Yeh” that exploded his name onto everybody’s radar — particular Offset who first noticed Duke in one of his videos. Shortly after, the Migos member flew Duke out to the studio and the rest was history. Now, he has the ultimate co-signs and support from his entire QC family, including Cardi B.

To follow the momentum of his explosive “Crunk Ain’t Dead” remix with Lil Jon and fellow Memphis natives Project Pat and Juicy J, the 27-year-old releases his highly-anticipated mixtape Memphis Massacre 2. This serves as the second installment to his 2018 Memphis Massacre.

Flaunt Mag caught up with Duke Deuce in the studio in Los Angeles to discuss his upbringing, working with Memphis legends on the remix, dancing, and his current goals.

Being from Memphis, what were you seeing growing up?

It was pimping. It was a lot of drug dealing. Gangbanging was real heavy where I come from. But also you had the fun shit that was going on, like gangsta walking. Jooking, booking, it’s got several names. That’s something I’d picked up from being in the hood. I used to do this shit a lot, like everyday. That was my shit to do.

Can we get a preview?

[laughs] “Crunk Ain’t Dead,” you have to watch the video.

Right after high school, probably a few years after school. Because I started trying to find my purpose in life. Shit was getting rough, I was growing up. I had a daughter and it was time to take this shit serious, so I took it to the next level.

There’s a whole bunch of you guys out of Memphis right now: Moneybagg, Dolph, Key Glock, Yo Gotti. How’s it feel to have so many out of your hometown?

Shit, a blessing. I’ve been waiting on this moment. Memphis never got the shine they deserved. Now they see it’s happening, finally! I’ve been saying it’s going to happen, but some people doubted it. Next thing you know, boom! I’m one of the guys representing the city, for real. Shit crazy.

What inspired you to create “Crunk Ain’t Dead”?

First off, I felt like I was slept on. That’s why I came in like that: “they been sleepin’ on big foe!” “Crunk Ain’t Dead” was really me making a statement. “Y’all got me fucked up. Y’all finna let me in this motherfucker.”

What’d it mean to get Juicy J & Project Pat, who are also from Memphis?

Shit, crazy. I’m honored by that because I look up to them. Pat especially, that’s my top favorite rapper. To get him on my damn song is crazy. A dream come true. P reached out to him and made that happen, shout out to P for that. I’m the King of Crunk now. Shout out to Lil Jon though, but it’s my time.

An OG is going to fill you up with plenty of knowledge and I’m always going to listen. He really be telling me to keep doing what I’m doing. He loves the way I’m representing the city. He’s rooting for me all the way. “Keep doing what you’re doing, don’t stop!”

Why did you want to bridge old and new Memphis rap?

Shit, it’s time. The young generation doesn’t know anything about the old school, the OGs of the city. That was the hardest shit. People all around from different states and cities are taking the old Memphis sound. They’re getting off with it so why not be the one that’s from the city, who actually knows how to do it in a whole other way? I know the history. Boom, bring that shit together. Now the kids are catching up with it now. Now they see what’s going on.

In “Yeh,” you say you came from nothing. What do your parents think now?

They’re proud. I was able to get my mama out of Memphis. She’s in Atlanta now. Of course my pops is proud, because I’m doing what he used to do but on a bigger scale now. Your parents always want you to do better than them, which they should.

How’d you find your way to Quality Control?

I dropped a single called “Whole Lotta.” It went viral, but small viral though. It got the video up to 100K, but it was locally in Memphis and the surrounding areas. SheLovesMeechie the dancers from Atlanta, they caught on to it. They’re doing the dance I was doing in the video. Shit went crazy. Offset ended up seeing it and he started looking for me, then he hit me up on Instagram.

What was it like getting a DM from Offset?

I was happy as fuck, I ain’t gon’ lie. [chuckles] It was early in the morning too, I had just got through pissing. Boom, I heard my phone. The DM notification. I was at a point where I was excited at that moment, I could barely sleep. Because my video was going viral, so I’m listening for my phone all the time. I was looking at that motherfucker, I couldn’t get out of it.

You weren’t verified then right?

Has it all been organic?

A little bit of all. People are always posting me or they’re dancing to my shit. It’s natural. Then when I drop something, it goes even crazier.

Was dancing an outlet for you like music was?

Yeah, because I was always dancing before the music. I didn’t plan on dancing. I’ma keep it 100, BlocBoy kind of inspired niggas to really start dancing a little bit more.

What are some goals for yourself as an artist at this point in this career?

Really to make a statement. As long as people know where the fuck this crunk shit comes from, they respect this shit and I get my money. I just want to be happy. I want to live. They’re going to have to put a statue of me up, somewhere before I go. Before I leave. I don’t want to be dead and they put a statue up. I want to be alive.

50 Cent just got his Hollywood star. Is that the type of level you’re speaking of?

Yeah, he did. That’s crazy. I’m trying to go beyond that because I know I can.

What’s it going to take to get there?

How would you define crunk?

It’s really an expression of energy. Getting fucked up, that’s part of it. Energy, coming together. It’s really a stress-reliever. It’s peaks and valleys. It can get violent though, it started from moshpits. That’s what motivated it. When you crunk, you be on edge. If a n*gga look at you wrong, you might pop off. That’s just how it is.

How often are you getting crunk?

Shit… [laughs] I have a show every fucking weekend, so I’m always turnt up. I’m crunk. I have a lot of shows.

You want a couple ay, ay’s and what the fucks?! Those are my adlibs, it’s really me expressing myself. How Lil Jon has “YEAH!”, mine’s ay, ay! 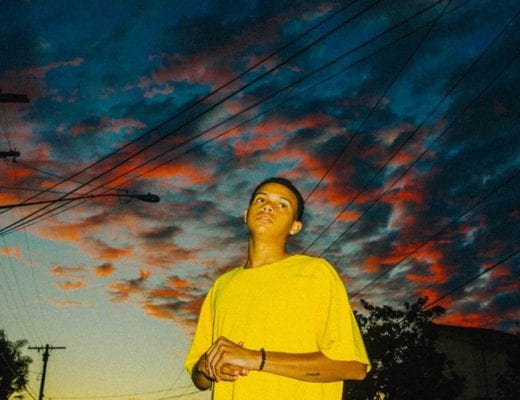 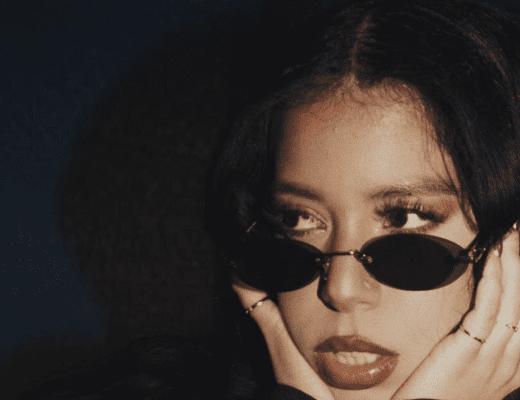 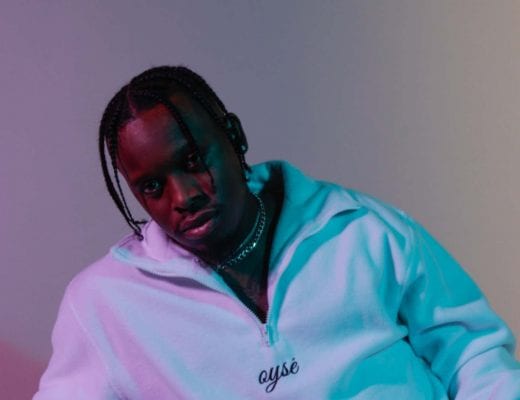