Peter Manos is your new favorite indie R&B singer. The 23-year-old can do it all, from singing to songwriting to playing guitar and piano, and even producing. The Dallas, Texas-native has been described as a hybrid of Bon Iver, Frank Ocean, and James Blake, but with his own signature style and sound, set to a slow swirl of alt-pop, indie R&B, and intimate folk.

Driving the point home even further, Manos’ music is inspired by real-life experiences. His lyrics encapsulate everything from loss and loneliness to hope and happiness, recalling beautiful memories and meaningful conversations. Describing himself as “a friend, an artist, a very curious person,” he also makes sure audiences know his unwavering love and passion for music.

Most recently, the Capitol Records signee unleashed his new single titled “Tennessee,” along with the announcement of his forthcoming debut EP Do you Turn Red?, which is out July 15th. Flaunt caught up with Manos to discuss his Texas upbringing and moving to Los Angeles, his breakout debut track “In My Head,” the meaning behind “Tennessee,” his hands-on creative process, and more!

Being from Dallas, Texas, what was the household like growing up?

It was amazing, I love Texas. Texans are always obsessed with being from there, but my upbringing wasn’t very “Texan,” like you’d expect. My family’s amazing and supportive, have great taste. They’ve influenced me and supported me in making music and art in general. I have a younger brother who’s in LA with me right now. We’re super close, he’s a photographer who makes cool creative stuff. I have a little sister who lives in Dallas, who doesn’t make stuff, but she’s super cool too. [chuckles]

I moved here in February of 2018. I love it here actually. When I first moved here, I didn’t really know many people, so I was still finding my way. Now that I have a tight group of friends, I love where I live. I have close collaborators and friends who I make music and art with, I love it.

Talk about being able to play guitar and piano, sing, and produce.

I started playing guitar when I was in 1st grade. My dad had a Takamine guitar that I started learning on. I started playing on that and became obsessed with it. I picked up piano years later in middle school. Guitar is definitely something more natural for me, maybe because I started playing it super early. I started producing towards the end of high school, around junior/senior year. I got a beginner version of Ableton and began writing songs and figuring out how to  produce them on my own. It’s such an important part in making music for me now. The new music I’m putting out is written by me alone on guitar and piano. It’s a crucial part to making the songs the way I want them to be.

When I first started writing songs in high school, it was never bound to be a career. I had a lot of other things on my mind back then. But I was such a big fan of music, I was obsessed with stories and storytelling, and how to articulate feelings through music and motion. I loved getting ideas across through music that I just couldn’t in person. In high school, I was just a fan, and when I went to college in Nashville, that’s when I thought “whoa, I can maybe do this.” Everyone wants to do this, but I’m going to find a way to do it for a living!

Did you think “In My Head” would blow up like it did?

No, I never expected that. Since it was the first song I ever released, people were telling me, “hey don’t forget, the first song usually won’t do anything! You have to keep trying, go to the next one and next one. You have to keep working.” I was told so many times, really listening to them like “yeah, I totally get that.” I agreed with them. I assumed that “In My Head” wasn’t going to do anything, but things happen.

You wrote it during college right?

I was 18 or 19 when I wrote “In My Head.” I wrote it with no expectations, which is a beautiful thing. I wrote it alone in my dorm room. I really wanted to put music out at the time, but as a music-maker, I also wanted it to be well-made. I had no idea that people would really like it. Before I released it, I thought “is anyone going to like this? Should I even put it out?”

You released your new single titled “Tennessee.” Who or what inspired this one?

Moving from Nashville to LA inspired it. Leaving a friendship behind inspired it. It was a very exciting but also an anxiety-filled time for me. It was an unsettling move, leaving comfortability and friends and everything that I knew and stepping into something different. I really wanted to portray that anxious, unsettled feeling, and get that point across through the production and songwriting, of course.

What can we expect from your forthcoming EP titled Do You Turn Red?

First off, this music is a step into the direction of the artist that I want to be. Releasing music nowadays is so real time. Right now, I’m learning a lot and developing. I’m learning how to be a better songwriter, how to be a better producer, how to articulate things in a way that I haven’t articulated before. Addressing topics that are really personal to me through music, mainly in songwriting.

It comes from the song on the EP called “Do You Turn Red?”, which is probably the most personal and honest song to me on the whole project. These songs and the storytelling come from a very sad and isolated place, but “Do You Turn Red?” was a moment of me stepping out of the darkness that I was in. I was looking back on a conversation that I had, that I then had a dream about: a moment with a person I was in a relationship with. In that moment while everything felt dark and I felt alienated, “Do You Turn Red?” stood for me stepping out of that, and into me feeling warmth and happiness. Feeling nervous and excited for what comes with this moment that I shared with this person. “Do You Turn Red?” is me taking a step outside of the isolated, alienated time period that I was in. 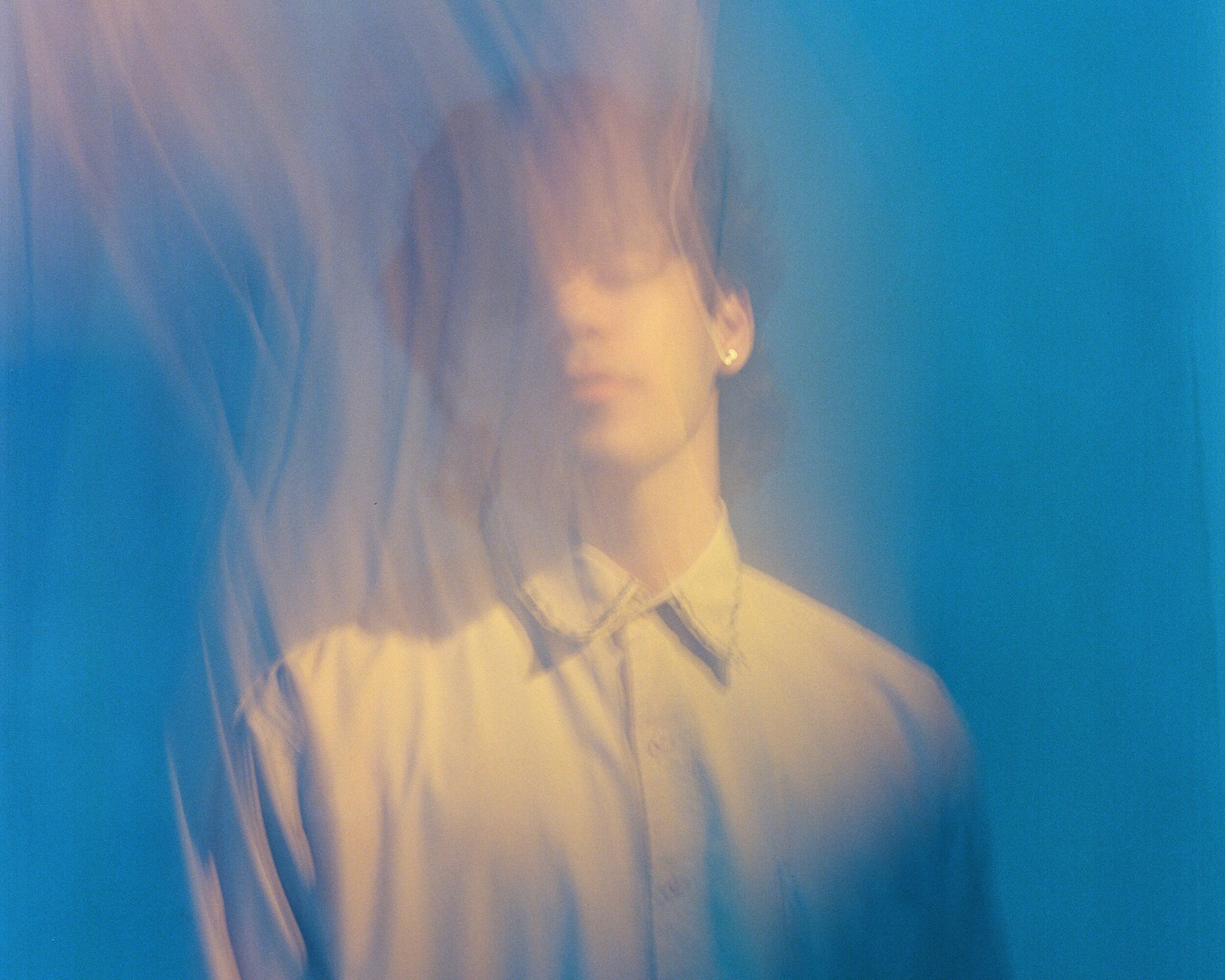 How hands-on are you in the creative process of content and visuals?

The creative process visually for me is just as important as the music-making process. Making a world that fits with the music is something that I’m obsessed with. When it comes to artists I follow, listening to music and also seeing visuals takes me deeper. It’s a very crucial part of the making of the whole project in general. I’m as hands-on as I can be, maybe too much sometimes. Creating a world is not an easy thing to do, and I hope I did that with this project.

We worked really hard to make that happen. I want things to feel as personal as they can be, that means having people who are close to me work on it with me. Everybody who’s a part of this is somebody that I really trust creatively. My roommate worked on it, all my best friends worked on it. My brothers worked on it. That’s so important to me.

How are you holding up during quarantine?

I’m doing well during quarantine. I was in Texas for most of it so far, which was nice because it was a break. I had a front yard and a backyard, and I could go outside. I’m holding up well, writing new songs.

To continue to learn and progress as a songwriter, that’s my main goal. That’s something I take very seriously. Progressing as a songwriter, and storyteller and to grow as a producer. To thin the wall between me and the listener. To bridge the gap between me and people who like my music, make this as honest and personal a process as possible. To make an album!