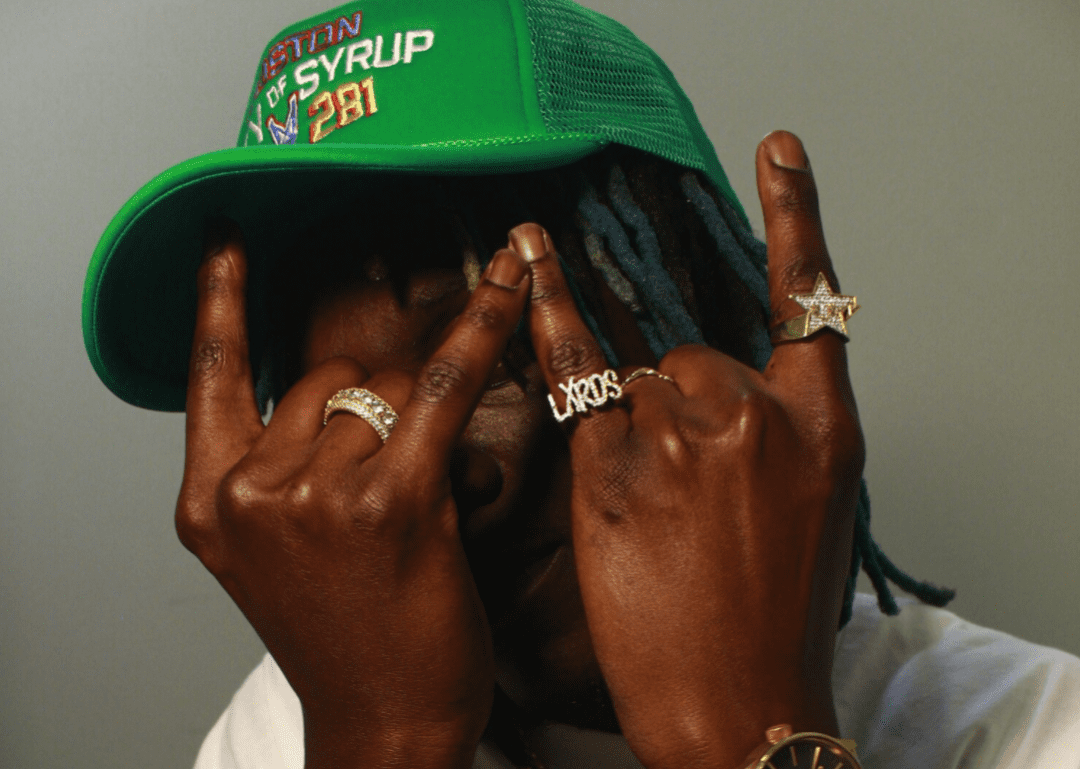 Describing himself as “an alien from outer space,” Squalla is known for his catchy lyrics over the hardest-hitting beats, paired with an out-of-this-world personality that fans can’t get enough of. Born in New York but moving to Houston at age 4, the rapper was heavily influenced by his older brothers: growing up on the likes of Method Man, old 50 Cent, Biggie, The Lox, all the OG New York rappers.

Squalla always knew he’d do music, from the time he started writing raps at 11 years old. Writing endless bars and realizing he was nice with it until age 18, it was until a few years ago he started recording songs in the studio. Before that, he was “wasting time, petty trapping just to get by,” he states with a laugh.

With songs like “Floating,” he flexes braggadocious bars and matches it with the utmost energy — a banger for the clubs and functions all around the world. He spits, “I ain’t living for the Gram, I’m trying to make millions.” Boasting 21K followers on Instagram alone, the rising star pushes motivation and inspiration to all his fans, reminding them to follow your dreams and get to the money.

Now, Squalla is excited as ever to be releasing his newest single titled “Robert Horry,” featuring Houston legend Lil Keke. Faunt caught up with Squalla in downtown Los Angeles to discuss his Houston influences, how he got his name, creating “Floating,” getting Lil Keke on board, goals, and more!

Houston has so much culture, how was it growing up there?

Honestly, I really love being from Houston. I didn’t really appreciate it as much until I moved. Started moving around going to different places, I realized there’s no place like it. Even still when I go home, damn this is crazy. It’s a different type of place, we live by our own rules.

I honestly didn’t even like Houston music because I had that same mentality of how New York thought it was slow and dumb. My brothers had me thinking like that but by the time I got to middle school, I’m like “this is cool.” I started bumping Big Moe, Lil Keke, Slim Thug, Lil’ Flip, Paul Wall, Chamillionaire, all them since the age of 12. The culture is very strong so being out there, you’re going to get that. I didn’t even know I was country until I came out here [LA]. [laughs] We have a lot of culture, the chopped and screwed is still definitely very alive. As you can see, other places have picked that up. It’s big in hip-hop. Even outside of hip-hop, people are using the sound.

I played basketball growing up, my old AAU coach gave me that name. He was extra country, he always gave everybody a nickname. He used to call me Pop Squalla, I don’t know why. Shout out to him, he kind of saved my life.

How did he save your life?

Playing AAU basketball, that was during the summer. One certain summer if I wasn’t playing, I probably would’ve been in some shit. That’s when I was thinking I was hard, getting into stupid shit. I was 15 or 16 playing AAU, I didn’t have time to be anywhere else.

I’m cool. I ain’t no All American, but I have a little something. I ain’t no scrub. Looking back especially with the music now, seeing how much you have to really put into something to be great at it, I didn’t put nowhere near as much. I was doing it just because. My brothers played for real, went to college and all that shit. As far as myself, I was playing and ended up being good at it.

Bring us back to that studio session for “Floating,” sounds lit for sure.

Yes, it was very lit. My boy Rodney, aka Lil Rod, he’s a legendary producer. He’s a bass player really, not really even a hip-hop producer. He plays the bass for like Stevie Wonder, he was on tour with Diddy, all types of people. He’s legit. He likes my raps so much, he makes rap beats for me. That’s one beat he played for me. I was out so by the time I pulled up on him at the studio, I was already super lit. I was lit lit. He’s playing the beat, I went right into the booth and laid that hook down. I did that shit immediately. I ended up leaving, came back another day to put the verses down. We chopped it up and that was it. When this guy (manager Oscar) heard this song, he’s like “oh hell no.” He played It 10 times.

How much gas you blowing in a day?

It depends on the day. [laughs] On average, I smoke half an ounce a day. If I’m out doing drugs or I got a lot of people around me, it’ll be more. On a normal day, I’ll end up in the studio. I’ll make a few moves so I’ll smoke about a half a zip. A pack of Backwoods or 2. A pack of Backwoods is 5 backwoods, my shit be 2 or 3 grams each blunt. That’s 10 grams.

What was your vision with the “Look At Me” visual?

I wanted it to be a lot of fun. The record itself is just fun. Look at me, I look good. Anybody feeling themselves or if you can look at yourself in the mirror, you can tell someone else “look at me.” The concept was to make it fun and real dope. That’s my first visual I dropped in a while so we wanted to do it real big and make it very entertaining. That’s really my aim with all of my music for the most part, I like to make it fun. I don’t like to make too much depressing, sad, or struggle music. We’re going to talk about it, but we’re more so focused on overcoming that shit. Fun, that’s the goal.

I see you dancing, you do choreo too?

Oh you know, I got some moves man. Once I start getting my Chris Black on, that’s my dancer name. I honestly grew up always dancing, even in the hood . It’s crazy because we be at parties dancing, then fighting 2 minutes later, then dancing again 2 minutes later after that. Everybody I know dances, we get jiggy in Texas.

3 things you need in the studio.

Weed, some gas. Water and tequila. Preferably some type of estrogen, that’s the best way to put it.

How‘d you get Lil Keke on a record? That’s a Houston legend.

Today is already one of the best days of my life, no cap. Getting Lil’ Keke on the record is really some legendary shit. The record we made already turned out to be something that could be big, adding Lil Keke on it stamped it. I’m about to take that shit home, we about to go up. Definitely a big record for me.

How did it happen?

This guy [points to manager Oscar]. I told him I wanted Keke on the record, the next day Keke was on my phone. “Yeah, I got ya’ll.” I told him my birthday is in 2 weeks, I’m coming down there. We drop it that weekend and turn it up.

Oscar: Yesterday he was taking a little too long, I was hitting him like “yo I need the record.” He FaceTimed me with Paul Wall like “bro, my bad. We’re launching this new product but tonight, I promise you I’m knocking it out.” Sure enough, I woke up and it was in my email. The whole session.

What can we expect from “Robert Horry,” dropping on your birthday?

Yes, that weekend. My birthday’s on a Monday, November 2nd. I’m dropping it Halloween weekend while everyone’s out. In Texas, everybody’s out. It’s not like out here where shit’s closed. People at the clubs, bars, restaurants, everything is regular life. It’s perfect timing.

What are you doing to celebrate?

I’ma fuck the club up since I haven’t done that in a while especially being out here. I spent most of the summer out there in Texas. I’ve been out for the last month, I need to go out. I’ma merge my birthday with the release of the single, turn it up. I’ll use that as a way to get it out to the people.

I want a house next year. I have a lot of goals, I try and do a whole lot of shit. Definitely a main goal is to get a house, I’m really focused on for sure. That’s a big step. Getting on tour, get on the road when the world opens back up of course. Right now whatever’s open, I’m trying to get on. I love to perform. This probably sounds crazy, but I’m trying to find Ashanti. I slid in her DM, I threw the snowflake. She didn’t respond, but maybe she will.

What can we expect from your project?

Madness, mayhem, tranquility. I have 4 or 5 albums, ready to go. I literally got back into project mode. For a while, okay we’re gonna drop singles. Alright fuck that, we’re making a bunch of songs. Now I’m back in project mode, we’re putting together more real pieces. You can expect the original Squalla that you love, but on a new level . For the people who don’t know me, expect to hear something you ain’t never heard.

What is the original Squalla?

That’s me rapping. I started off battle rapping. I just started making more songs. I got back into my rap bag, but I’m mixing It. I’m making more thought out songs.  The original Squalla is a bunch of bars, all bars.

I’ma be here for a while, that’s all I can say. 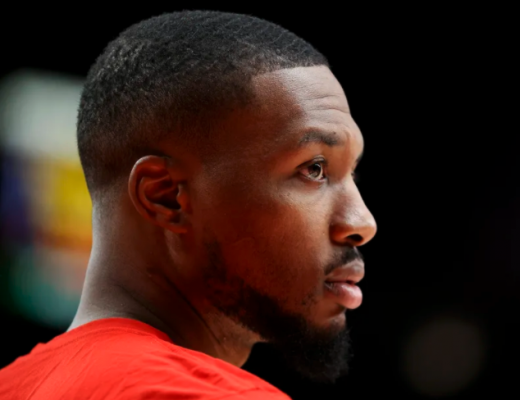 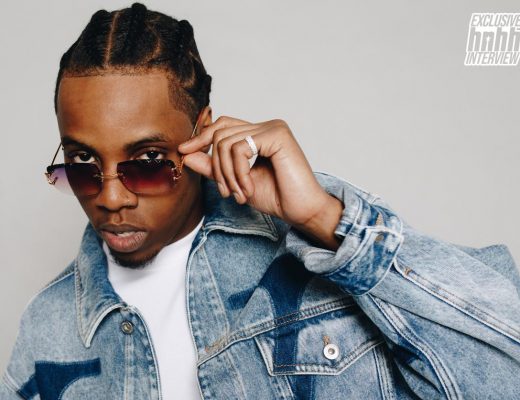