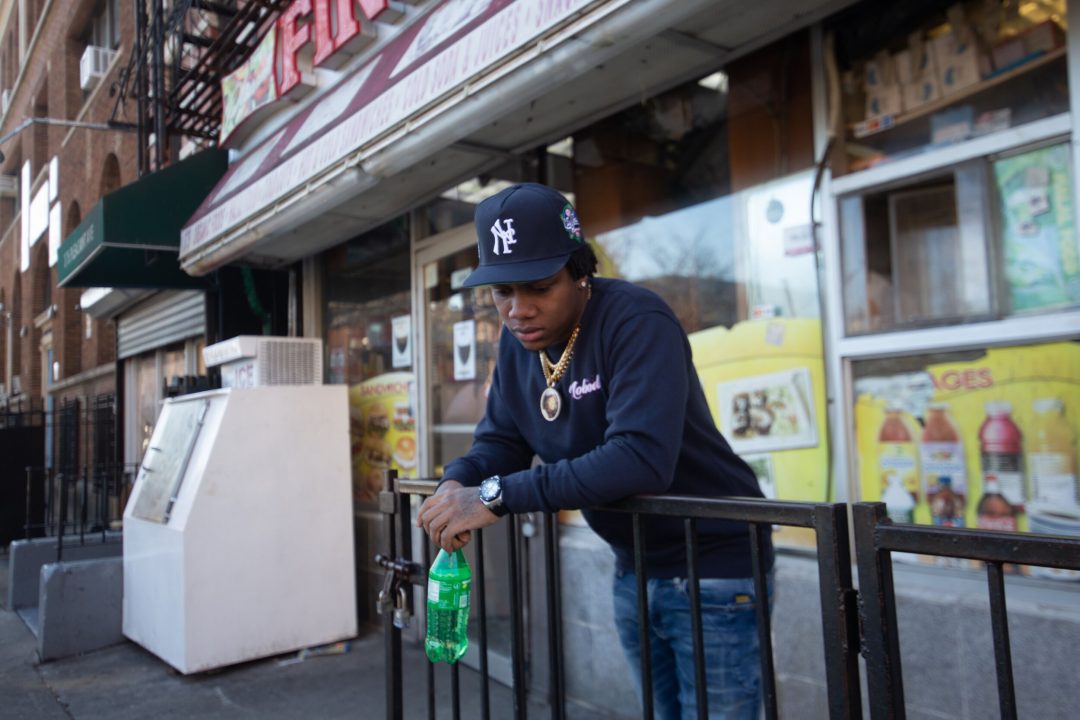 The city of Harlem, New York is home to many greats, from Big L to Cam’Ron to Jim Jones. Insert Neek Bucks, the newest youngin’ coming out of the city. The name derives from Neek’s real name, with one of his big bros from his block giving him the Bucks—proving he’s always about his money no matter what the situation.

Inspired by the likes of 50 Cent and Dipset (the former of whom he deems his favorite rapper), Neek exploded onto the scene in late 2018 with his two projects, El Barrio and El Barrio 2. Doing everything independently and garnering millions of streams on all streaming platforms, the rising star prides himself in spitting the real… something other rappers cannot duplicate.

The 26-year-old now returns with his highly-anticipated project titled, Neighborhood Hov, featuring all-star appearances from G Herbo, LIl Tjay, and Tsu Surf. The 12-track album speaks volumes to his roots in the city, separating himself from the typical drill sound stemming from this generation.

Flaunt caught up with Neek Bucks via Instagram Live, who was posted in his hometown of New York. Read below as we discuss his roots in Harlem, the turning point for music, his new project Neighborhood Hov, his come up, working with Lil Tjay, Benny The Butcher, and Lil Durk, studio essentials, fatherhood, goals, and more! 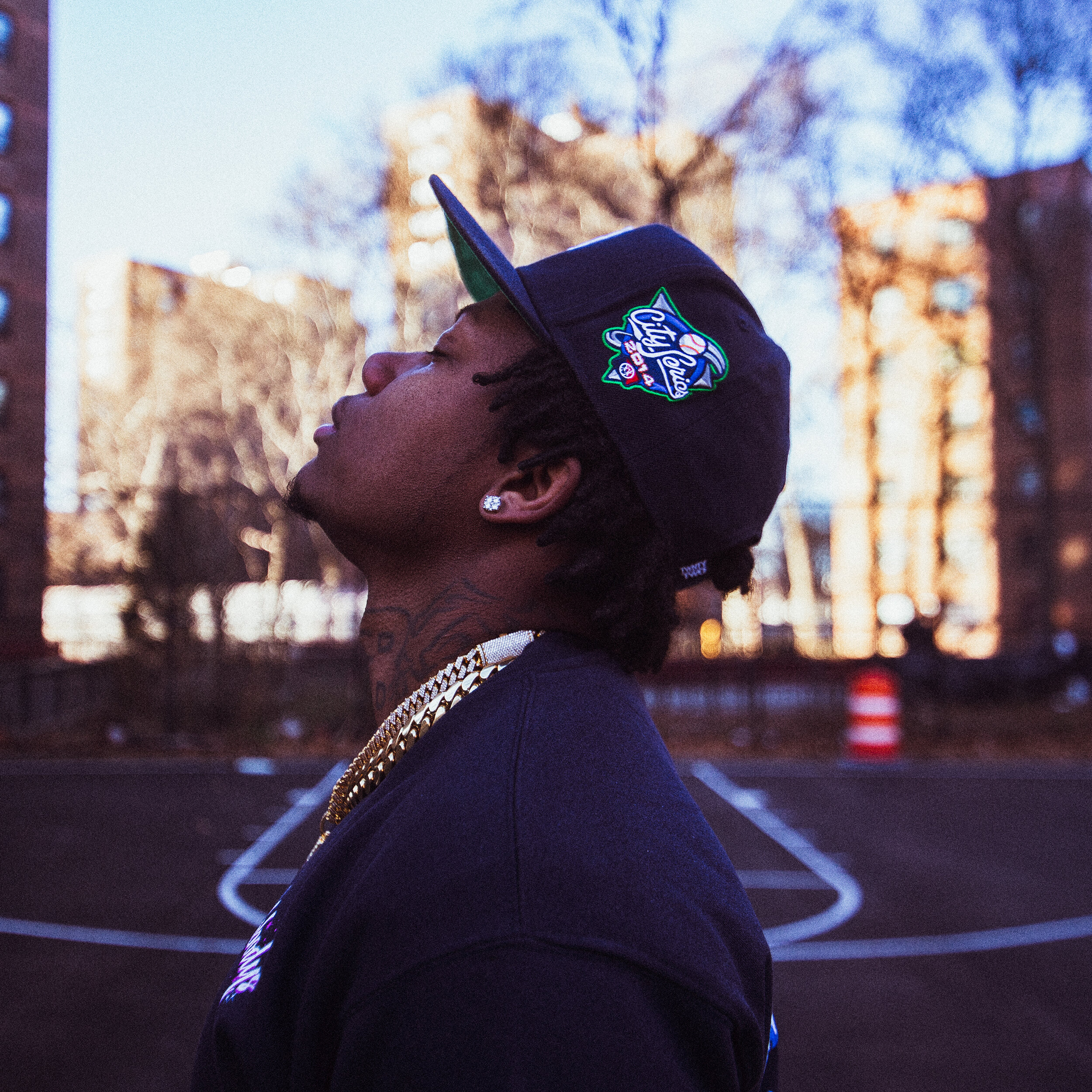 What was a young Neek Bucks like growing up in Harlem?

It’s like growing up anywhere else. You get into whatever’s going on in your area, make your own decisions from there.  Coming up, we hung out on the block, spit, typical hood shit. I had my Get Rich or Die Trying moment in Harlem. Me and my boys were hanging out on the block and people came through shooting. But that didn’t make me love Harlem no less. I love where I’m from. I wouldn’t want to be from anywhere else.

When I was 17 or 18, I took music serious. It’s something I wanted to do. It started as a hobby and it turned into sticking with the script. I’m bad at expressing myself, so it’s a way for me to express myself.

Why are you the Neighborhood Hov?

I named it that not necessarily from Hov’s business standpoint because of course, I’m not his level yet. His effect on music when he had the streets is the same way I’m coming. I don’t feel like nobody’s rapping how I am.

What sets you apart from other rappers?

Authenticity, I give the real. I give 100% me, my story. I don’t sugarcoat anything or make things up. It be a lot of that going on so that’s what separates me from everybody.

You released “Flight” ft. Sleazus Bhrist, that’s a record that really stood out to me.

That’s one of my favorites too. I can’t even remember the space I was in when I did it. It was one of those nights where I was going in. I can’t really remember the vibe.

How’s it feel to come from where you’re from, to now be able to afford Rollies and all that?

Coming from where I come from to having Rollies now is major. Those are trophy starters, it means a lot to me to be able to have it and grind for it. I’m the type that when I want something, I go after it. I saved up for a while and then one morning I woke up grabbed the bread and went to the jeweler.

How was linking with Lil Tjay on “Fly Away”?

That was great, great for the city. Tjay is one of my favorite artists. To see how we sound together is major.

We’re from the same city so it would’ve happened one way or another, but I think Instagram fastened the process up. I wrote him first, it might’ve gone that way. He responded and we went from there. COVID made everyone kind of find new ways to work and make things happen. A lot of my relationships with other artists started on instagram. We show respect for each other’s work. Me and Tjay linked in the DMs and then we built the track from there.

Love that you got Benny The Butcher on the project as well, what’d it mean to get him on a song like “Pain”?

Yes sir, shout out to Benny. It felt good because it shows it’s still real rappers out here. Benny’s a solid dude overall. We got the video dropping. I went to Buffalo to shoot the video with him, to tap into his area. It means a lot to do something with someone that’s doing what I’m doing.

The long road trip to Buffalo with the guys. It was cold, it was freezing. We all move so differently in our day to day lives so having that moment together with everyone was dope.

New York in general is cold, no?

I want to show an example of somebody that comes from nothing who can stick to their dream, grind it out, and get to the top with It. I got locked up for robbery when I was sixteen. I wasn’t able to do the things that I wanted to, not having that freedom changed me. We would sleep with bugs and mice and all that made me really never want to be in there again. So now I’m focused on grinding it out so I never have to be back in that place physically or emotionally.

That you’re gonna spend money, it’s gon’ come out your pocket. You’re gonna have to work super hard because you don’t have a machine pushing you. It’s a real grind.

How’s it feel to hit 200K followers on Instagram?

How was sharing the stage with Dipset?

I’ve been on the road with them a couple of times. I gained a lot of ways to rock and engage with the crowd. They’re legends from where I am from, it’s always major. I learned in that moment how important being a good performer is and engaging with my fan base is. My favorite member of Dipset is Cam’ron, beyond music his style is dope and fashion, the pink cars and the flashiness.

Highlight from touring with YFN Lucci?

That’s my brother. It was dope, I learned a lot. I learned so much from him. The gems and the game I got is more important than going on the road, just learning how to move. How to put certain things together as far as the team, merchandise, stuff like that.

I need weed, champagne and the guys. I need the guys to pull up, the vibe.

How much are you smoking in a day?

I be doing so much so I might not really smoke during the day. In a session we might do an ounce, ounce and a half. I smoke a little heavy.

Do you freestyle or do you write?

I freestyle, everything comes from my brain. The vibe, I don’t really write anymore.

I was a little boy, I don’t really remember. It was a long time ago, I probably wasn’t even a teenager yet.

When we were little, I used to get paranoid.

Yeah that happened to me, I’m past that stage.

What’d it mean to link with Lil Durk on “Energy”? I know you’ve been bumping Durk since 2012.

Durk’s one of my favorite artists, that was a major accomplishment for me. It happened organically, it was everything I thought it would be. The same person he is on the internet, he is in real life. It was the perfect vibe, we meshed well.

How was it creating the short film, Streets Is Watching, in light of Hov?

It was good, it was long. It took a weekend, almost 24 hours a day damn near. It was tiring, but it was worth it. I enjoyed it. I want fans to get another side of me. I’m bad at verbally expressing, I’m a very to myself person. It gave a different side of me.

I’d be doing business somewhere else, investing in things or I’d be a CEO of a music label. I’m a person who’s gon’ figure it out. I can’t give you an answer, just know I’d have some money though.

Here For A Reason Records. When I got shot, I always remember the doctor telling me that I was here for a reason. Im just doing what I can to really live up to that.

You had a bullet graze your head when you were little, how did you overcome that?

I still have the bullet. I was young when it happened. When you’re young, you don’t really think about the emotional part of things like that. It was nothing but today, I’m grateful it turned out how it turned out.

I love it. I love being a dad, it changed my life for the better. When I found out I was having a daughter, it really changed the way I speak to females. I began to have more respect for them. My mom, her mother and my step mom are all great influences for my daughter today. I respect Cardi and Nicki

Does she know daddy’s a rapper?

It’s “Goat” because she’s in the video. That’s her favorite one. It’s cool because she’ll be able to look back at it and see when she was a baby.

Anything else you’d like to let the fans know?

Neighborhood Hov is out now, make sure y’all go get it. It’s the hottest project out now. If you love good music, go tap in check it out. 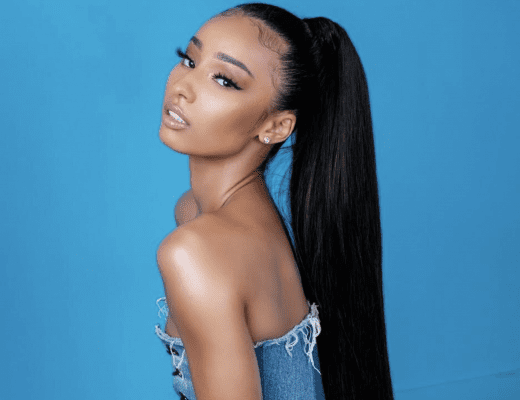 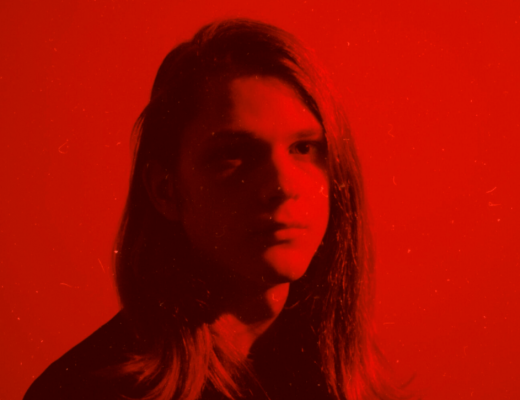 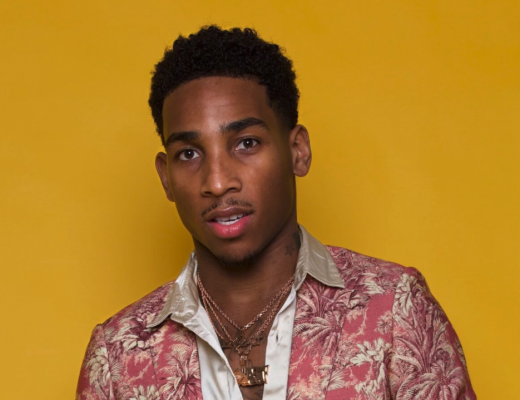 HOW FLY GUY DC TOOK OVER THE AIRWAVES