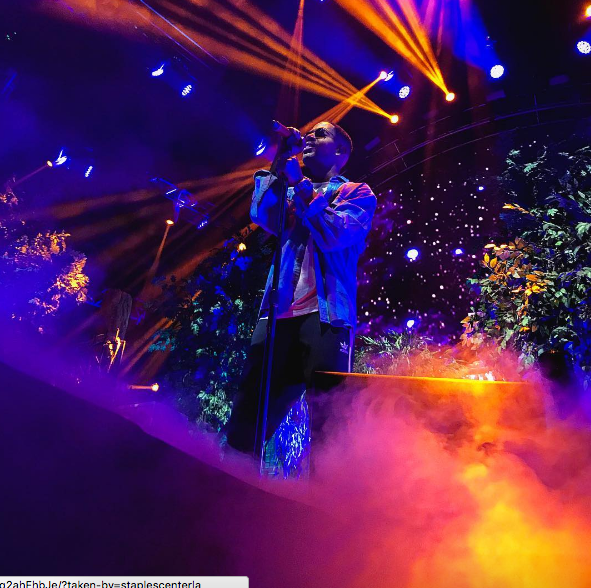 It’s 12:30am and I’m officially finally back home. Today was special, on so many levels.

First, it started with an interview with Sy Ari Da Kid, whom I absolutely fell in love with. Seriously. Shout out to Cherise for connecting us, because that’s an artist that I truly fuck with: music, personality, the whole package. He was so sweet to come to my work at Young & Reckless because that was legit the only time I had available.

I am obsessed with his record “Priorities” with Bryson Tiller. R&B gold. More recently, he just signed to Cash Money Records with Birdman. Major moves. His recent project 2SOON goes, too. Home to “Wire Transfer From Birdman” which had Birdman wildin’, throwing shots at Rick Ross. Here for it, sadly lmao.

I showed him around the office and he was just so friendly, polite, and had nothing but good vibes. I really loved chopping it up with him and everything he had to say. It’s rare to really connect with an artist right off the bat. He’s a real one and I hope you guys give him a spin.

Next up was our own #DXTurbo event. Shout out HipHopDX and the whole team. Been through many ups and downs, but at the end of the day, it’s all love. I don’t even know the logistics of what went down today lmao. Other than it’s a video game tournament with some NBA game, and it’d be streaming live on some platform called Twitch. I’m just pissed I went the whole event without meeting Baron Davis. I was too busy running around getting social coverage, and by the time I tried to find him for a drop, he was MIA. Tear. Real thug tear.

I love Cozz and Enimal. They’re the best. This might have been the one pic I snapped on my phone, before I took over DX socials. This was outside before the craziness, and it was hot af. Shout out to Cozz reppin’ that UCLA jersey though. Fire.

Had to capture the seriousness in this moment lmao. Cozz, Trae Tha Truth, and Daylyt. It was all fam out today. Shout out to all the good people at Rostrum Records too. I love their building. It got pretty packed, which was dope. And the food truck outside had everyone covered with burgers and fries.

I’m not even going to bother naming everyone who came through, but shout out to Krayzie Bone, King Los, Khleo Thomas, Kirko Bangz, Symba, ymtk, J-Haze, and a bunch of other artists I can’t name off the top of my head. Open bar, backwoods, and straight bangers. Issa vibe.

Made Monica get on the DX mic lmao <3. She was so cute. Isabel, you’re my fav too.

i just spent way too much time at @WholeFoods.

I ended up staying way longer than I anticipated, but I was lit and just lazy to move at that point. Decided to skip the ASCAP Awards for some grocery shopping (also the commute to the Beverly Hilton was a joke). And this landed me at Whole Foods downtown lmao. For way too long.

hol up hol up. few things in life make me happier than @wizkhalifa 🙌🏽 @BET pic.twitter.com/Bx14Ycil71

Next up: BETxperience at Staples Center featuring Kid Cudi, Snoop Dogg, Wiz Khalifa, Playboi Carti, Pusha T. Shout out to my babygirl Alex for being my date so last minute. Love my down ass bitches. We walk in to Wiz Khalifa performing “We Dem Boyz” and I’m automatically home. #TGOD.

Wiz and Snoop switched off taking the stage, and then came out together. They’re the dynamic duo. I really would love to know who could outsmoke who lmao. Wiz performed hit after hit: “Ass Drop,” “No Sleep,” etc.

“Gin and Juice” had the entire Staples Center lit. Snoop and his timeless records.

Let the special guests begin. Snoop brought his nephew K Camp out for “Cut Her Off.” So fire. Then they performed “Trash Bags” together off Snoop’s Neva Left. He still got it.

Like I said, it’s not a show in LA unless Ty$ comes out.

I LOVE BERNER. I was sad that no one in Staples knew who he was lmao hi. Berner is the Bay Area kush god. I love his music too. Bangers. “20 Joints” had me lit. Literally blazing throughout the entire show. My throat is going to die the next time I go running.

Was not expecting this at all. Joey Badass came out. That was epic. I saw him at DJ Khaled’s #GRATEFUL listening. He’s so intimidating lmao. I wanted to say hi but didn’t get a chance.

when i'm in LA, pedal to the floor mane 💨💨 @wizkhalifa #betx pic.twitter.com/8UgA48am1b

Ugh. One of my fav songs ever by Wiz. “Pull Up” featuring Lil Uzi Vert, whom someone told me I missed during Playboi Carti’s set. SMH. That would have been dumb lit.

Next up was the main reason we were all here tonight: motherfucking Kid Cudi. In the flesh. You guys. He was so happy. He was so genuinely happy. And healthy. I was so fucking here for it. By this time, we had snuck to the very second row lmao. He comes out to “Mr. Rager” and the crowd just goes nuts.

Next, he performs Kanye’s “Father Stretch My Hands Pt. 1” and points in the crowd and shouts out “Ye in the building tonight.” AH. Yeezy, wya?

and the crowd just goes nuts. He’s got die hard fans. For sure for sure.

I could not believe how much the DX audience fucked with Cudi. The number of RT’s was something I’ve never seen. But then I realized those were just Cudi fans. Don’t think DX matters lmao. He sang part of Kanye West’s “Father Stretch My Hands Pt. 1” and then shouted out that Ye was in the building. That had everyone so lit. Had to report it right away.

Next, he played “Frequency” and “Revolution” before bringing out the homie King Chip. I was so excited!!! I texted Chip right away lmao. “Just What I Am” is flames.

Kid Cudi straight up in adidas sweatpants. I fucking love it. We were so close. It was the most intimate experience. He performed “Ghost” and “Erase Me” next. I literally knew every song. Cudi was a huge part of my life in college.

Wow. Just watch his happy dance. “through the late night” with Travis Scott is a banger. I can’t get over this clip.

He performs “Kitchen” next before giving us the most sentimental speech ever. Here’s part 1. He said “It’s been a while.” It sure has, Cudi. He went to rehab recently, and was definitely battling his own demons. I’m legit ecstatic on seeing how well he’s doing. Whatever routine he’s got, he better keep doing it. It’s working.

.@KidCudi telling us he's back and he's good 👏🏼👏🏼 #betx pic.twitter.com/HkjepiyOHs

Here’s part 2. Same caption, but different parts of the spiel lmao. He told everyone he was good and used himself as an example to take care of yourself always. He’s an inspiration to all his fans.

I wanted to him to play “Up, Up & Away” so fucking bad, but “Pursuit of Happiness” will do.

My babygirl fucking bought me a Cudi shirt on the way out. I kept insisting no, but finally gave in. It seriously meant the world to me. I bring a lot of my friends to shows and most of the time never get anything in return. And I always want merch but don’t have the funds. This meant so much <3. 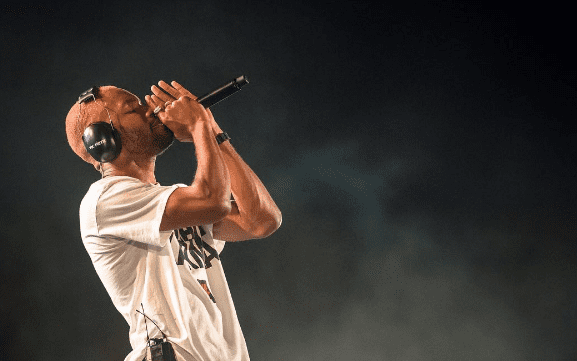